Mealtime. Naptime. Bath time. Bedtime. Everything is on a schedule for residents in a traditional nursing home, leaving little flexibility for personal decision making.

But LaVrene Norton is working to change that. 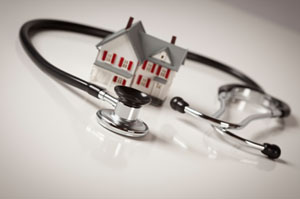 Norton is founder and president of Action Pact, a national consulting firm. It specializes in helping retirement communities and nursing homes train staff and design their facilities to feel and be more like living at home.  Since beginning work on the “household model” in 1984, Norton has helped design hundreds of these communities.

The idea is that residents’ rooms are clustered around a common area, with a kitchen and living room. The size varies from four people in a private home to a bigger building with up to 20 people in “household” groups. Nursing assistants and caretakers help with the more traditional side of things, such as helping residents take their medicine and bathing. Norton says the household model is “the new nursing home” that helps focus on “person-centered care” and helps meet the wave of demand for more quality services from aging consumers.  Five percent of people over age 65 in nursing home-type facilities – more than 1.3 million.

Norton recently spoke with KHN’s Marissa Evans. Her comments have been edited for space and clarity.

How does your design compare to a modern day senior home? 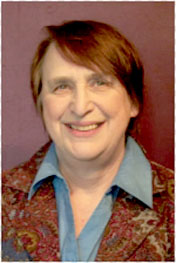 There is no comparison. A traditional nursing home is institutional. When you move in, you in a way lose your identity. You definitely lose your uniqueness. It’s not like the staff is at fault, it’s the way the system is set-up. It’s very different when you’re in an institutionalized nursing home which most nursing homes are. The thing you’ll hear people talk about is person-centered care and that [means] teaching staff to seek the residents’ suggestions on things more, do more at the residents’ timetable and attend to the residents’ needs and wishes more. But the truth is this system fights against all of those things.

What are the challenges you’ve seen with people wanting to build a household model?

Is this scaleable on the national level?

It is scaleable on a national level and I think it is going to be the new nursing home. My generation of people, and I’m 69 years old, who were born and raised and toughened up in the 60s are not going to tolerate bad service, shared rooms, a bath time that’s scheduled by somebody else. So the market is changing and we have to respond to that market. The neighborhood model is where you have a small group of staff, a very homey kitchen area, living room and dining room for each small group. I bet there are thousands out there already. So either neighborhoods or households so some of that or one of that, is going to be in that new building once it’s built and all buildings will be rebuilt or renovated overtime.

You call it the “new nursing home.” Is this a movement?

It’s a movement because people want it. First of all, all of us want a good life for our elders and we’re frustrated by the old nursing home way. We don’t want that. Every CNA and every nurse and every cook and every housekeeper in this country, every activities person, every social worker in this country who works in a traditional nursing home doesn’t want it for the residents they serve. They would so much rather have a good way for them to live. So you got that going for you. That’s the movement part of it. Then you’ve got the market.

Anybody who’s got a household model in their market area knows the pressure of having a decent place to showcase, to attract people to come to your home. Thirdly, you’ve got the customer. People my age, and 10 years older than me for that matter are not wanting the old way. They want to have a say in their life, they want to continue to contribute and give to others, they want to have a good daily life and when they look at this, and they’re much more consumer savvy, they’re not going to put up with the old way.

Is this a long-term solution?

More and more people are able to stay in their assisted-living environments. That goes for residential care as well. Residential care is a lesser life than assisted living and people are able to stay there and home care keeping people at home. So, really and truthfully, whether or not in the future there are licensed nursing homes or not, there will be some kind of homey household model of community living. That allows [residents] the quality of life of home, that gives them freedom and independence and being in charge of their own life and yet has services that they need. So that’s going to be the ideal world for the future. We’ll never go back to institutionalized, long hallways filled with tons of people and warehousing people again, that’s done.

Who doesn’t this model work for?

I can’t think of a population that this concept does not work for. You use a smaller configuration which allows more interpersonal relationships with the residents to tend to them individually whether they’re severely disabled physically, whether they’re mentally ill, have severe memory loss, severe dementia.

People say “Well what about someone who is really sick, it won’t work for them, will it?” Well, of course it will. If I’m in bed all day I’d much rather live in a homey little space where someone could wheel my bed up to the door or help me into a lounge chair and help me into the living room area and I could just be there, whether I could talk, whether I could even be sure of where I’m at, just being around the clatter of dishes in the kitchen, and the smell of coffee pouring or bread baking, of genuine laughter in the other room. If I’m really, really sick I’m going to love it so much better. The best place to die would be at home, and this is as close to home as possible.

Putting The Home In A Nursing Home