Antibiotics are prescribed incorrectly to ailing nursing home residents up to 75 percent of the time, the nation’s public health watchdog says.

The reasons vary — wrong drug, wrong dose, wrong duration or just unnecessarily – but the consequences are scary, warns the Centers for Disease Control and Prevention.  Overused antibiotics over time lose their effectiveness against the infections they were designed to treat. Some already have. And some antibiotics actually cause life-threatening illnesses on their own. 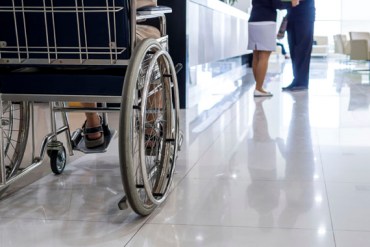 The CDC last month advised all nursing homes to do more – immediately – to protect more than 4 million residents from hard-to-treat superbugs that are growing in number and resist antibiotics.

The CDC is launching a public education campaign for nursing homes aimed at preventing more bacterial and viral infections from starting and stopping others from spreading. A similar effort was rolled out for hospitals last year. “One way to keep older Americans safe from these superbugs is to make sure antibiotics are used appropriately all the time and everywhere, particularly in nursing homes,” said CDC Director Tom Frieden in announcing the initiative.

Studies have estimated antibiotics are prescribed inappropriately 40 percent to 75 percent of the time in nursing homes.

Antibiotics also wipe out a body’s good infection-fighting bacteria along with the bad. When that occurs, infections like Clostridium difficile can get out of control. C. diff. leads to serious diarrhea that each year puts 250,000 people in the hospital and kills 15,000. If precautions aren’t taken, it can spread in hospitals and nursing homes.

Health care facilities already have infection control procedures in place, such as providing private rooms and toilets for infected individuals. But the CDC is pushing them to do more on the prescribing side, advising nursing homes to track how many and what antibiotics they prescribe monthly and what the outcomes were for patients, including any side effects. Other recommendations include placing someone, such as a consulting doctor or a pharmacist, in charge of antibiotics policies and training other staff in following them.

Some of the CDC’s suggestions could challenge nursing homes’ culture and how staffs, residents and their families interact. While nursing home residents and staff are among the people most at risk for the flu, annual shots aren’t mandatory. Nor do homes always track who gets them.

That’s starting to change at Evangelical Lutheran Good Samaritan Society, a nonprofit that provides a spectrum of senior care services in many states. Starting this year, it will collect data on staff vaccinations at one of its 167 nursing homes and share the pilot project’s results with other homes, said Victoria Walker, chief medical officer.

But better handling of antibiotics in nursing homes may also require tactful communication with residents’ families and nursing home doctors accustomed to treating antibiotics as a default remedy.

“There’s a real fear of under-treatment and that it is better to err on the safe side, and that means treating with antibiotics but forgetting about all the harms. But giving antibiotics can be just as harmful as not,” said Walker.

Family members may push for an antibiotic treatment when they visit a loved one in a nursing home who seems sick, even if they don’t know precisely what’s wrong. Doctors and nurses may go along because they don’t know either and it’s easier to treat than not. “The family will check in and ask what the doctor did and the nurse will say ‘nothing’ because they don’t see monitoring as doing anything,” said David Nace, director of long term care at the University of Pittsburgh, who contributed to the CDC guidelines.

“Practitioners are guilty of saying, ‘it’s just an antibiotic’ … We don’t appreciate the real threat,” he said.

Antibiotics are routinely prescribed to treat urinary tract infections, which are common in nursing homes, but too often when a UTI is only suspected, not confirmed, studies have found. The Infectious Disease Society of America is developing guidelines to help institutions implement programs to better manage antibiotics.

In addition to fostering antibiotic resistant bacteria and causing C. diff infections, antibiotics also can produce allergic reactions and interfere with other drugs a nursing home resident is taking. Those risks aren’t always fully considered, says researcher Christopher Crnich, who has published articles on antibiotic overuse. He is a hospital epidemiologist at William S. Middleton Veterans Hospital in Madison, Wis.

“Bad antibiotic effects don’t come until weeks or months later, and frankly all we [prescribers] see is the upside when we’re dealing with a sick mom or dad,” Crnich said.