About 20 percent of New York City residents visit hospital emergency rooms annually — and in some neighborhoods, the rate is twice that, according to a new report. 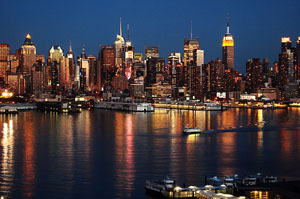 The study by the United Hospital Fund found dramatic variations in ER use across the city, and it’s one of the first to analyze which people  end up in the hospital the most.

Those least likely to wind up in the ER are residents of the Upper East Side and Astoria, Queens. About 9 percent make ER visits each year.

In Harlem, 40 percent of residents visit the ER — the highest rate in the city

The study, by Drs. Maria Raven and David Gould also focused on so-called “super-users,” who went to the ER more than five times annually, for three consecutive years.

Citywide, the study identified 4,147 super-users. These patients strain hospital resources, and many of their conditions could be treated better elsewhere.

For instance, asthma, which is considered relatively manageable with medication and modifications to behavior and environment, accounted for about 10 percent of the super-users’ visits.

And alcoholism and mental illness, relatively uncommon for the majority of ER visitors, occur relatively frequently among super-users — about 20 percent of the time.

The study authors say the figures underscore the need to further develop medical homes — centers within hospitals and clinics that intensively focus on all aspects of the lives of high-need patients.

Starting next month, under the Affordable Care Act, the federal government will penalize hospitals that don’t do enough to keep those who are admitted from coming back repeatedly for preventable reasons.

The data for the study comes from a combination of city and health departments and individual hospitals from 2006 to 2008. It was funded by a grant from the New York State Department of Health.