The Obama administration has blocked health plans without hospital benefits that many large employers argued fulfilled their obligations under the Affordable Care Act.

Companies with millions of workers, mainly in lower-wage industries such as staffing, retailing, restaurants and hotels that had not offered health coverage previously, had been flocking toward such insurance for 2015.

Plans lacking substantial coverage of hospital and physician services do not qualify as “minimum value” coverage under the law and so do not shield employers from fines of $3,000 or more per worker, the Department of Health and Human Services said late Friday. 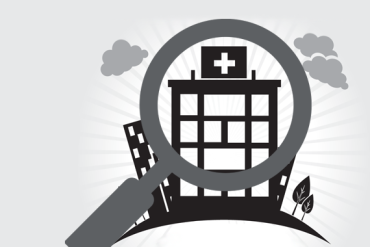 The move closes what many saw as a surprising loophole, first reported by Kaiser Health News in September, that let companies bypass the health law’s strictest standard for large-employer coverage while at the same time stranding workers in sub-par insurance. Employees offered such plans would have been ineligible for tax credits to buy more comprehensive coverage in the law’s online marketplaces.

The agency did decide to allow such plans for this year only if employers had signed contracts by Nov. 4.

However, it also granted relief to workers offered such coverage, saying they may receive tax credits according to their income to buy more comprehensive insurance in the online exchanges. Ordinarily, employees offered coverage qualifying as minimum value aren’t eligible for the subsidies.

Despite what Washington and Lee University law professor Timothy Jost called “a lot of pushback” from employers, HHS has now followed through on earlier guidance that it intended to disallow such coverage.

A plan without hospital benefits “is not a health plan in any meaningful sense,” the agency said in a large batch of regulations issued Friday. Scoring such a plan as minimum value “would adversely affect employees (particularly those with significant health risks) who understandably would find this coverage unacceptable. …”

The ruling ends a debate that erupted last summer over HHS’ official, online calculator for determining minimum value in a large-employer plan.

The Affordable Care Act does not specify “essential health benefits” in large-employer plans, such as hospitalization and drugs, as it does for individual and small-business insurance. Instead, the minimum-value test requires large companies to cover at least 60 percent of expected medical costs.

One way to certify a plan as minimum value is to plug its components — benefits, deductibles and so forth — into the official calculator. Many were shocked to learn that the calculator gave passing scores to plans with no inpatient hospital coverage.

Now HHS is saying: Ignore the calculator. Large-employer plans must pay for substantial amounts of hospital care no matter what.

“What remains a mystery is whether the calculator was at fault,” Alden Bianchi, a lawyer who advises many companies that were considering such plans for 2015, said via email. “The regulators don’t say. Rather, they take the [position] (not unreasonable or nutty, in my view at least) that a plan with these services is not real health insurance.”

Even with its allowance for companies that had signed contracts by Nov. 4, HHS stopped short of employer pleas for more flexibility. Industry groups wanted a green light to temporarily offer plans without hospital benefits if companies had made substantial preparations to do so but hadn’t signed a deal.

It’s unclear how many firms will offer such coverage for 2015. Nearly half of the 1,600 employer members of the American Staffing Association, which employ 3 million temporary employees on any given day, had committed to offer or were considering the plans last fall before KHN reported that regulators were moving against them.

While some members followed through and adopted such coverage, most did not, said Edward Lenz, senior counsel for the association, a trade group of temp and recruiting firms.

Calculator-approved plans lacking hospital benefits are comparatively rich in outpatient services such as doctor visits. Consultants selling the coverage had argued it was a good first step for lower-wage, high-turnover employers that had never offered major-medical insurance.

“I’ve had a couple discussions in the last several days with clients who were interested but disappointed they were too late to install them for 2015,” said Edward Fensholt, a benefits lawyer with brokers Lockton Companies. Other companies “leapt on them,” he said.

For employers that planned to offer such coverage but hadn’t pulled the trigger by Nov. 4, “this is very disruptive news,” Bianchi said. “Best I can recall, I have about a half dozen clients that are in this position.”

Anne Lennan is president of the Society of Professional Benefits Administrators, whose members process claims for self-insured employers.

“A very small number of non-hospital plans were implemented by my members — as a percentage of all the plans they administer,” she said via email.