Updated at 5:03 p.m. to reflect California’s announcement that it will not allow insurers to renew canceled policies.

A week after President Barack Obama urged insurers to renew policies that don’t meet all the requirements of the health law, it remains unclear how many people might be affected by the proposed fix.

That’s because regulators in at least a half dozen states say they won’t allow insurers to do it and many more have yet to decide.  Even if states give insurers a green light to reinstate the policies for a year, many insurers say they’re not sure if they can pull it off in time and no one knows how many customers who received the cancellations will want to renew. 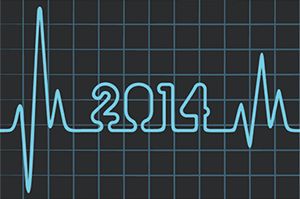 “The president’s plan is certainly not a guarantee” that people who received discontinuation notices earlier this fall will now be able to renew, said Chris Jacobs, senior policy analyst with the Heritage Foundation, a conservative think tank in Washington.

The vast majority of insured Americans are unaffected by the furor over the cancellation notices — or by the president’s effort to reinstate the policies — because they get their coverage through their jobs. The cancellations went to people who buy their coverage directly from insurers, an estimated 5 percent of the population.

But they hit a nerve, in large part because of the president’s campaign promise that Americans could keep their insurance if they liked it.

In his comments last week, Obama made the extensions optional, effectively placing the onus on state regulators and insurers. After a meeting with a group of state regulators at the White House Wednesday, the administration affirmed that the decision ultimately rests with state authorities.  “States have different populations with unique needs, and it is up to the insurance commissioner and health insurance companies to decide which insurance products can be offered to existing customers next year,” it said in a statement.

States that will allow renewals include Oregon, Florida, Kentucky, Texas, Georgia, North Carolina, Arkansas and Ohio, many of which already allowed insurers to “early renew” existing policies into next year. Early renewals allowed insurers to hold onto some of their customers and temporarily sidestep adding new benefits – and costs — to the policies, and likely reduced the number of cancellation notices sent.

“A huge chunk of people” were offered such early renewals, said Carrie McLean, director of customer care at ehealthinsurance, a private website that offers health insurance from 200 carriers. The practice was so common that ehealth included a website link so users could check if their carrier was offering early renewals.

Several Democratic-led states that embraced the health law have offered the strongest pushback. They cite the law’s protections and concerns that allowing renewals could result in fewer young and relatively healthy policyholders in the new marketplaces. States refusing to allow the renewals include California, Washington, Minnesota, New York, and Massachusetts. Indiana, led by Republicans, has also rejected the fix.

California’s decision Thursday not to allow the renewals is particularly significant, since it had 900,000 cancellations — more than any other state.  Its new online market, called Covered California, had required participating insurers to discontinue plans that didn’t meet the law’s standards, except for a limited number that had been in effect before the health law was enacted in March 2010.  Executive Director Peter Lee said Monday the move was an attempt to protect consumers from subpar policies – and to ensure that healthy people would use the new marketplace.

“We were quite concerned that (without such a contractual rule) we would have a large set selling bad coverage in the month of November that would then carry through to 2014,” Lee said.

Regulators in other states say they are still weighing the decision.

Even states that permit reinstatements may put restrictions on insurers. Oregon, for example, has given insurers a deadline of Friday to decide if they want to pursue renewals. Premiums must stay the same – and they must notify members of their option to renew by Nov. 29.

Most insurers seek premium increases when they renew policies, but that process can take weeks to work through state regulators. If regulators don’t allow an increase – or there isn’t enough time — few insurers may want to renew, especially given inflation and the new taxes and fees imposed by the health law, said Joe Antos at the American Enterprise institute, a conservative think tank in Washington.

Barring a premium increase as a condition of allowing renewals, as Oregon did, “guarantees insurers won’t go for it,” Antos said.

Numbers Hard To Come By

Notices that plans would be discontinued began arriving in consumers’ mailboxes in late summer. No one knows how many of the estimated 14 million people who buy their own coverage received them. That’s mostly because some states don’t keep track.

The Associated Press has estimated about 4.2 million, with the biggest numbers in California, Georgia, Florida and Washington, based on counts from regulators that track the notices and insurers’ statements.

At issue for many states is whether they have the authority to allow the renewals, particularly if their laws or regulations were changed to incorporate the health law’s requirements.

“In the end, many insurance commissioners won’t allow it,” predicted law professor Timothy Jost, who follows the health law at Washington and Lee University.

Even if state regulators don’t stand in the way, it is unclear how many insurers will want to extend canceled policies.  So far, North Carolina Blue Cross Blue Shield and Florida Blue have said they would do so. Most other insurers have remained silent.

Insurers must figure out “can we unwind this?” said Kim Holland, executive director, state affairs at the Blue Cross Blue Shield Association and the former insurance commissioner in Oklahoma.

To renew policies they’ve already decided to discontinue, insurers would need to adjust computer programs, seek and win approval for any rate increases and send out new notices to their policyholders, which have to include specific information about how the policies may fall short of what the health law requires and how consumers can see their coverage options under the law. For policies set to expire at the end of the year, all that work needs to be done in what may be an impossibly short time line.

For consumers offered the opportunity to renew, there’s another calculation: “Many people will qualify for financial assistance to buy plans … with more comprehensive benefits and financial protection available in 2014,” said Oregon Insurance Commissioner Laura Cali, in a statement outlining the rules for renewals.

Experts say they are skeptical of insurers’ warnings that the renewals could so skew enrollments that they could drive up future premiums.  The group’s trade lobby said the move could mean fewer younger and healthier people would purchase coverage through the new markets, driving up costs and destabilizing the market.

But the modest number of people expected to get renewal opportunities means the “effect on the risk pool shouldn’t be that dramatic,” said Larry Levitt, a senior vice president at the Kaiser Family Foundation. (KHN is an editorially independent part of the foundation.)

Insurers say they are worried because of the double whammy of the renewals coupled with the consumers’ continuing difficulties enrolling in coverage.

“If the website had rolled out perfectly with robust enrollment … there would probably be less concern about the potential for adverse impact,” said Holland at the insurers’ association.

If there is a big impact, the administration has hinted that it might make changes to the way the government shares the financial risk with insurers that get a disproportionate number of unhealthy policyholders.

Antos believes insurers fear that another “crack in the wall” increases the likelihood of other changes.

Most troubling for the industry is the possible delay or softening of the law’s requirement that nearly all Americans carry insurance or pay a fine, which could further reduce the number of younger or healthier people who seek coverage.

“They are worried the administration will use its apparently expansive administrative authority to change that, too,” he said.