The Obama administration is seeking to clarify rules for the coverage of elective abortion in health insurance exchanges. That is the issue that almost scuttled the Affordable Care Act before it became law.

A complicated compromise that got the final few anti-abortion Democrats to agree to vote for the measure in 2010 required every exchange to include health plans that do not cover abortions except in the cases of rape, incest or a threat to the life of the pregnant woman. Plans that do offer abortion other than in those cases are required to segregate funds and bill for that abortion coverage separately. 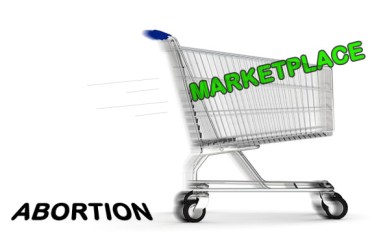 But that did not happen, at least not in the first year of exchange coverage. Twenty-three states passed laws banning coverage of elective abortions in all the plans offered on the exchange. A Government Accountability Office report in September looked at the 27 remaining states and found that in five every plan covered elective abortions. And many failed to separately bill for the abortion coverage, as the law required.

Asked about the report in October, Health and Human Services Secretary Sylvia Burwell insisted that no money is being improperly spent.

“There are no federal funds being used for abortions except, as the law states, cases of rape or incest or questions of the life of the mother,” she said. With regard to the specifics of the GAO report, “it’s one where we believe we need to ensure the law is being enforced, and right now [the Centers for Medicare & Medicaid Services] is working on the ways we’re going to communicate with states and insurers.”

The regulations, among other things, specify ways in which insurers can assess and collect separate payments for abortion coverage, which must total at least $1 per month.

But anti-abortion groups are complaining that the guidance in the new rules does little to address the bigger problem: It is still extremely difficult  for the average consumer to tell which plans include elective abortion coverage and which do not.

“It’s just not easy to find and it should be,” said Chuck Donovan, president of the Charlotte Lozier Institute, an anti-abortion research group.

“I know websites can be tricky,” he said. “But you can do these things with a checkmark and a box and I wish that they’d just come up with something simple two years ago as part of the upfront disclosure from the insurance companies.”

In an effort to make the information more widely available, the Lozier Institute has been doing the work itself, contacting individual insurance companies and their customers to discern which plans do and do not offer elective abortion. The resulting website, obamacareabortion.com, was unveiled last week in conjunction with the Family Research Council, another anti-abortion group.

Donovan said the project is still in progress because information has been difficult to find, even with direct calls and individual scouring of companies’ policy summaries. “They don’t always know” if abortion is covered, he said. In some cases, he said, “we’re finding contradictory information.”

But he insists that it’s imperative for consumers to know which plans cover abortion and which do not. “I’ve heard the argument that it stigmatizes the [abortion] coverage, but it’s kind of a settled thing that this is controversial,” he said. “I don’t think it does anything other than let people act in alignment with their conscience while we’re sorting out bigger issues.”