The Affordable Care Act created new health coverage opportunities for more than half a million Native Americans and Alaska Natives — and jobs have followed on its coattails.

In Montana, this is playing out at the Blackfeet Community Hospital. It’s the only hospital on the Blackfeet reservation, and has been mostly funded — and chronically underfunded — by the Indian Health Service, which has been in charge of Native American health care since its founding in the 1950s. But now, many Native Americans have been able to afford health insurance on the Obamacare exchange, and last year, Montana expanded Medicaid. Now, about one in seven reservation residents gets Medicaid.

Blackfeet Community Hospital needed to build an infrastructure to deal with the byzantine bureaucracy that comes with taking Medicaid and private insurance. The tribe’s community college started a new curriculum to help meet the growing demand for people in Indian country to process insurance claims.

Blackfeet tribal member Gerald Murray took the courses. “I got a contract before I graduated in April, and then the day of graduation in May it became permanent so I applied for it,” he said.

“To me, there’s opportunity there to not only build health care, but to build your entire community and build jobs,” said Billy-Old Coyote.

Unemployment on most of Montana’s Indian reservations is at least double the rest of the state. And people who are working don’t always get health insurance with their jobs. So ACA subsidies that bring down the cost of insurance premiums are a big deal, Billy-Old Coyote said. Most Montanans, Native or not, can now get policies for about $75 a month. It is a big change for the reservation communities where people are accustomed to the underfunded IHS, which often didn’t pay for care unless someone was in immediate danger of losing life or limb. 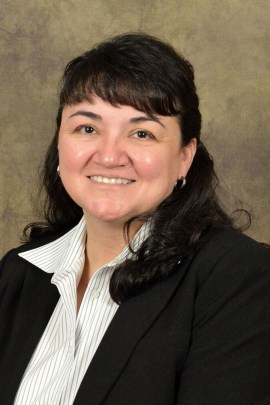 Medicaid expansion had a lot to do with the number of health care jobs in Montana growing by 3 percent last year, according to state statistics. And schools in Montana, including tribal colleges, are offering more classes in health care fields.

At Blackfeet Community College, 23-year-old Leroy Bearmedicine is working toward certification as an emergency medical technician.

“I’d like to become a registered nurse at some point, maybe even work my way up to flight nurse — something to get the adrenaline going,” he says.

This story is part of a reporting partnership with NPR, Montana Public Radio and Kaiser Health News.