When Anna Duleep went shopping recently for 2015 health coverage on the Connecticut insurance exchange, she was pleasantly surprised to find a less expensive plan.

To get the savings, the substitute math teacher had to change from for-profit giant Anthem Blue Cross and Blue Shield to a fledgling carrier she’d never heard of. Still, Duleep, 37, liked saving $10 on her monthly premium of about $400 and knowing that her new plan, HealthyCT, is a nonprofit governed by consumers. She also liked that all her doctors participate. “I just figured, ‘why not change?’” she said.

HealthyCT, which cut its 2015 premiums by an average of 8.5 percent, is one of at least a half dozen co-ops created through the Affordable Care Act that have lowered 2015 premiums in a bid to boost membership in their second year of operation. But those low premiums are upsetting so-called “legacy” insurance plans like Blue Cross and Blue Shield affiliates that have traditionally dominated insurance markets. 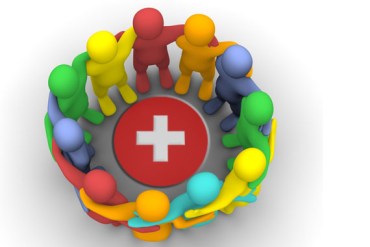 Idaho Blue Cross CEO Zelda Geyer-Sylvia said that while she welcomes competition, it’s not fair to have to compete against a carrier getting millions in low-interest federal loans.

“It’s unfortunate, because this is going to be very disruptive to the market,” Geyer-Sylvia said about Montana Health CO-OP, which moved into Idaho this year and undercut competitors’ rates.

The co-ops say that’s just what Congress intended when it tucked them into the health law to mollify those seeking a government-run insurance plan. “Lower prices for consumers are very good news,” said Jan VanRiper, chief executive of the National Alliance of State Health CO-OPs (NASHCO), a trade group.

Two dozen co-ops, which received $1.9 billion in federal loans, were designed to compete with established carriers and lower prices.  For 2015 at least, co-ops are offering the lowest-cost silver plans in all, or large parts of Arizona, Connecticut, Colorado, Idaho, Illinois, Maine, Maryland, New Mexico and New Jersey, according to NASHCO. The silver-tiered plans are the most popular type of plan on the federal and state insurance exchanges.

VanRiper disputes that co-ops are competing unfairly, saying they have to pay back their start-up loans in five years and could not have met state solvency requirements for insurers or paid claims before generating premiums without that money.

Nationally, about 450,000 people are enrolled in co-ops in 26 states — far fewer than the 575,000 the government had projected for their first year. “Last year co-ops priced a little blindly because they did not have any claims experience and this year some are pricing more competitively,” VanRiper said.

But co-ops with low sign-up numbers in their first year have taken steps to lower their costs — and premiums.  In addition to HealthyCT, other co-ops that cut their rates for 2015 include Meritus of Arizona, Evergreen Health Co-op of Maryland, Oregon’s Health CO-OP, Colorado HealthOP, Land of Lincoln Health in Illinois and Health Republic Insurance of N.J.

Blue Cross’ Geyer-Sylvia argues that Montana Health CO-OP’s low rates are “unsustainable” because they won’t get enough premium revenue to pay claims over the long run. In the meantime, they could pull consumers away from Blue Cross and three other carriers on the Idaho exchange.

Consumers may not realize, she said, that the lower premiums will mean reduced government subsidies for everyone who is eligible for them. That’s because the subsidy is pegged to the second-lowest-cost silver plan.  That cost is decreasing in Idaho because the co-op has introduced lower-priced plans than its competitors.  As a result, consumers enrolled in more expensive options, such as Blue Cross’ plans, will have to pay more since they must cover the difference between the premium and the government’s financial help. On the flip side, consumers would save money by switching to the co-op’s plans.

Sabrina Corlette, senior research fellow at Georgetown University, said many co-ops are increasing competition and driving down costs, as Congress intended. “There’s no question in many markets, co-ops are really driving some price competition and making legacy carriers more competitive in their pricing,” she said.

Corlette cautioned that the long-term financial health of the co-ops is uncertain because their first-year enrollment lags projections and they must repay their loans.  Low enrollment could hurt the plans if they don’t get enough premium revenue to pay their medical claims. Higher-than-expected enrollment could result in budget-breaking health costs, she said.

Brendan Buck, spokesman for America’s Health Insurance Plans, the industry’s trade group whose members do not include the Obamacare co-ops, is also dubious about their viability. “These plans do not offer the kind of stability that consumers are looking for,” he said.

Despite difficulty getting traction in some states, co-op officials say that they are gaining ground.

The experience of Land of Lincoln Health, the Illinois co-op, may be illustrative. After attracting just 3,800 members this year, the co-op slashed premiums by an average of 20 to 30 percent, making it the lowest-priced silver plan in large portions of the state for 2015, company officials say.

As a result of those changes, President Jason Montrie said he expects enrollment to surpass 50,000 next year. The co-op, which was started by a Chicago-based hospital trade group, was able to drop premiums by partnering with large hospitals systems, he said.  If enrollees use providers affiliated with those systems, they will face lower costs, but if they go to other doctors and hospitals they will have to pay more.

Like Land of Lincoln, other co-ops said they lowered premiums without resorting to narrow networks that exclude many hospitals and physicians. Monthly premiums are only a portion of consumers’ costs— co-pays and deductibles usually apply. But premiums are usually the first thing potential buyers look at when they go to the online insurance exchange, Montrie said.

HealthyCT CEO Ken Lalime said his plan also decided to offer more competitive rates for 2015 to increase enrollment. “Bringing increased competition to the market was not an instantaneous thing to happen,” he said.

Co-ops that did price competitively in their first year saw robust enrollment. The Maine Community Health Options Co-Op grabbed 83 percent of the exchange market in 2014, largely because it offered the lowest-cost silver plans. Before 2014, Anthem was the dominant player in Maine’s individual market.

“It just goes to show you can do well by people and do well financially,” said CEO Kevin Lewis.

Montana Health CO-OP spokeswoman Karen Early — a former spokeswoman for Blue Cross of Idaho — said her plan will save consumers money without sacrificing care or service.

But she does agree with her old boss on one thing:  “We will disrupt the market,” she said.