As he read the notice, though, the Blacksburg, Virginia, resident became exasperated. Schenker, his wife and their teenage son have a bronze-level marketplace plan. Based on their income of about $40,000 a year, they receive tax credits that cover the $2,036 monthly premium in full.

When they file their annual taxes they complete an IRS form that reconciles how much they received in advance tax credits against their actual income for the year. The letter from the marketplace said they hadn’t filed for 2019, but Schenker knew they had — just as they have every year.

“I was more annoyed than anything else,” Schenker, 55, said, remembering an earlier enrollment problem that took months to resolve. “I didn’t want to get stuck in some sort of appeals category.”

Schenker’s 25-year-old daughter, Kaily Schenker, who is part owner of the family’s organic farm, got the same letter about her plan. Schenker helps her with her taxes, and she also filed the Form 8962 paperwork, he said. 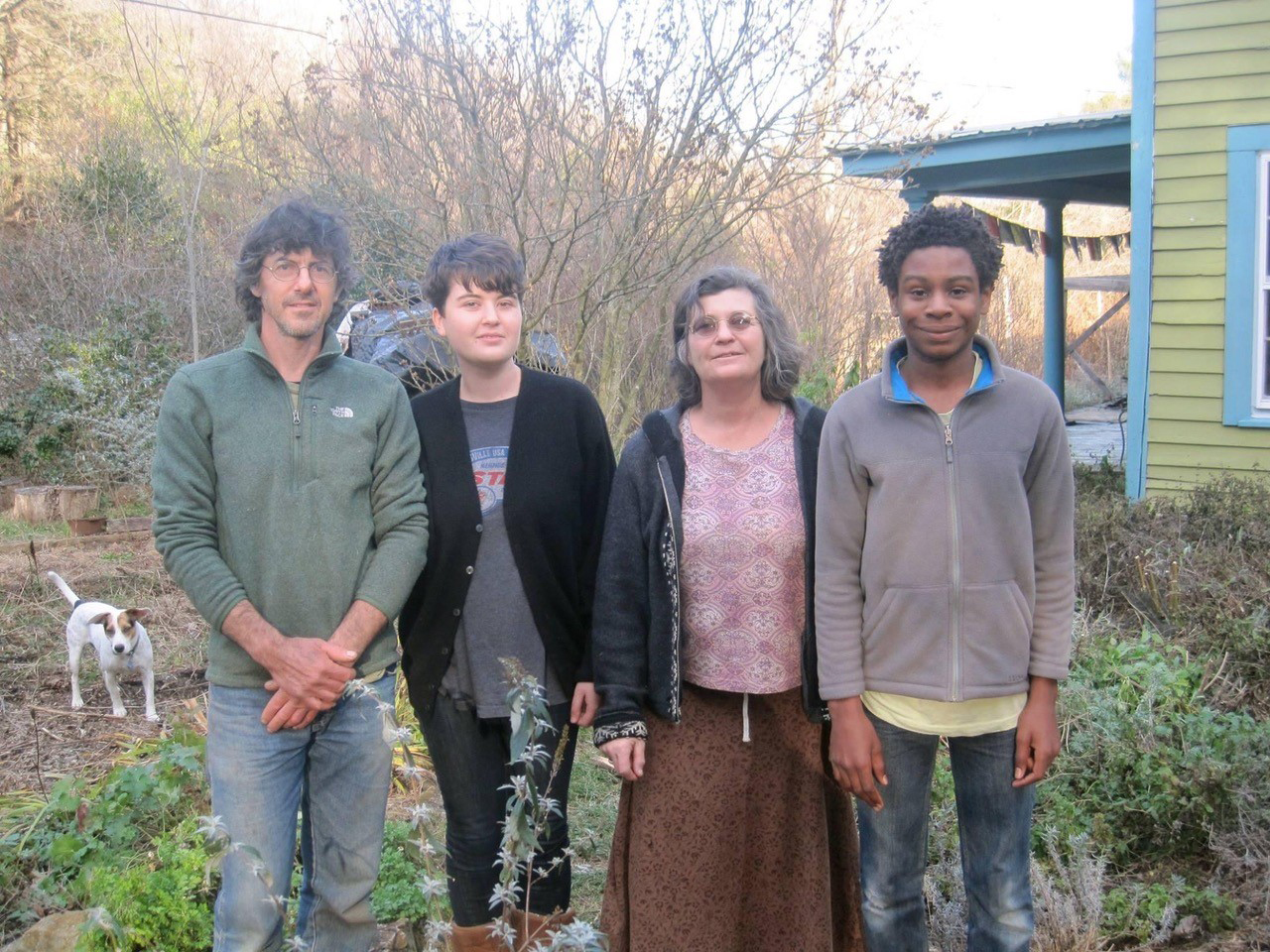 Andrew Schenker (left) stands with his daughter, Kaily Schenker; wife, Lauren Cooper; and son, Julian Schenker. Andrew received a letter saying he was at risk of losing financial assistance for the bronze-level plan he shares with his wife and son. His daughter got the same letter about her plan.(Winema Lanoue)

Officials at the Centers for Medicare & Medicaid Services, which oversees the ACA marketplaces, confirmed that some consumers received notices from the agency alerting them that, according to the IRS, they hadn’t filed a tax return or reconciled their advance payments for tax credits. The letters, consumer advocates suggested, may be a result of the IRS extending the deadline for filing income taxes due to the coronavirus to July 15.

State-based marketplaces have similar requirements and likely send some version of this notice as well, said Tara Straw, a senior policy analyst at the Center on Budget and Policy Priorities who works on income tax issues related to the Affordable Care Act.

People who don’t file their taxes and the reconciliation form aren’t eligible for financial assistance with their marketplace coverage next year, including premium tax credits and any cost-sharing reductions they qualify for.

Because of the filing deadline extension, the tax form data may not have yet arrived when the federal marketplace initially asked the IRS for it in the fall, Straw said. Or other issues, including longer processing times for paper tax returns, could be responsible for a delay, Straw said.

“We don’t know how many people are in this boat,” Straw said. “We think it’s higher than in previous years because of anecdotal accounts from marketplace assisters around the country.”

Schenker said he and his daughter both filed paper returns — his family’s, in the spring, while his daughter took advantage of the pandemic extension.

Under ACA rules, people with incomes up to 400% of the poverty level ($86,880 for a family of three) can qualify for advance tax credits to help pay for coverage purchased through state or federal health insurance exchanges. When they sign up for insurance during open enrollment, their tax credits are based on estimates of their income for the coming year, and the exchanges pay insurers that amount directly. Then when people file their income taxes the following year, they use Form 8962 to reconcile their actual income against what they estimated and square off the amount in tax credits they received. If they received too much in subsidies, they must pay that back to the government.

According to the notice Schenker received, people who have already filed their 2019 tax return and Form 8962 don’t need to take any action.

“It’s really a dangerous thing to just wait and cross your fingers and hope that the data will resolve your issue,” she said.

Consumers who filed and reconciled taxes for 2019 can keep their tax credit in 2021, CMS officials said, by updating their 2021 HealthCare.gov application on or before Dec. 15 and checking the box that says, “Yes, I reconciled premium tax credits for past years.”

Still, that might not be sufficient. Straw also recommends that people contact the IRS directly and ask for a tax transcript that shows their return was received, including Form 8962.

That way, if the marketplace does cut off premium tax credits and people have to appeal, they have documentation proving they filed the necessary forms. (If it comes to this, consumers can elect to continue receiving premium tax credits while they appeal.)

Unfortunately, people who run into this trouble might not get much expert help. Navigators are no longer required to help consumers with problems after they’ve enrolled, though they may still do so, Straw said.

After he got the letter, Schenker called marketplace representatives and was told to go ahead and apply for a plan for next year. He did so, making sure to check the box that said he’d filed his taxes, including the reconciliation form. And at the end of the application process, the system told him that, based on his income, his family is eligible for a tax credit of $2,000 a month. He picked a bronze plan.

He hopes that’s the end of it.

From Rotten Teeth to Advanced Cancer, Patients Feel the Effects of Treatment Delays

After a Deadly Year on the Roads, States Push for Safety Over Speed