Annie Snyder figured she’d be out of the pediatrician’s office in 30 minutes, tops. Then she’d head home, tuck the medical permission for YMCA summer camp in her bag and finish packing.

But that exam last summer wasn’t like any other she’d had in her 16-year, basically healthy life. Within minutes of learning the results from a urine test, she got two corroborating blood tests and was hustled off to Inova Fairfax Hospital. Lying on a gurney in the emergency room, she heard the word “diabetes” several times and knew from the urgent medical reaction that it was bad. Frightened and crying, she thought: “What have I done to myself?” 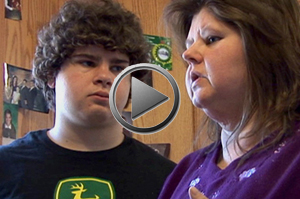 Doctors had discovered that Annie had Type 2 diabetes, a disease that is often linked to being overweight. She never made it to summer camp. By the time she came home from the hospital a week later, she knew how to inject herself with insulin and she knew that she’d have diabetes for the rest of her life.

As recently as the mid-1990s, Type 2 diabetes was almost exclusively a disease of adults. But apparently fueled by the childhood obesity epidemic, cases in people younger than 20 have ramped up from virtually zero to tens of thousands in the United States in little more than a decade. The children who have it are breaking scientific ground: No one has any idea how they will fare over the course of a lifetime.

Annie says she was “most definitely overweight” at the time of her diagnosis, and she has already made major lifestyle changes to control the disease. By exercising and cutting back on carbohydrates, she has lost 12 pounds so far. She has reduced her need for insulin from several injections a day to just one each night, and she’s hoping that soon she’ll be able to put the needle aside and just use an oral medication, metformin. 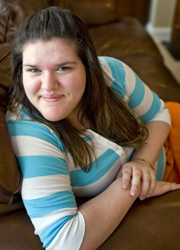 Although she is the only person in her household with diabetes, Annie’s diagnosis triggered a family response. Her parents got rid of the dining room table and turned that space into an exercise room, complete with a bowl of apples and artfully arranged bottles of water at the door. Everyone exercises, including her 15-year-old brother Stephen; everyone has given up sodas and snacks, everyone eats smaller portions.

“When I see my dad exercise, I know that I’ve helped get him motivated,” Annie says. “Before, exercise was a chore. I would sit and watch TV and eat snacks. Now, as soon as I come home, I put on my workout clothes.”

Today, about 3,700 Americans under the age of 20 receive a diagnosis annually of what used to be called “adult-onset” diabetes, according to the Centers for Disease Control and Prevention. That relatively small number makes it a rare disease in children, but it represents a trend with larger ramifications.

“In a little more than 10 years, the numbers went from nothing to something,” says Larry Deeb, a pediatric endocrinologist and past president of the medicine and science division of the American Diabetes Association. “And that’s something to worry about.”

The Two Forms Of Diabetes

Diabetes treatment is a hormonal balancing act, whether it’s type 1 or type 2. Type 1 was formerly called juvenile diabetes, and type 2, until recently, was referred to as adult-onset diabetes. Those terms have been discarded since about the mid-1990s when pediatricians for the first time began reporting cases of type 2 in children and adolescents.

Type 1 is an autoimmune disease in which the immune system destroys pancreatic cells that make insulin, the hormone needed to regulate glucose, or sugar, in the blood. It’s commonly diagnosed in childhood, and the majority of children who have diabetes have type 1. People with type 1 diabetes need insulin injections to live. Good diet and exercise also help them control their disease, but lifestyle had nothing to do with causing it. Some very thin people, Mary Tyler Moore for one, have type 1 diabetes.

With type 2 diabetes, the pancreas makes insulin, but the body develops a resistance to insulin and no longer uses it properly to regulate glucose, or fails to make enough to keep up with blood sugars. Where an individual’s body stores fat, and the kind of fat stored, are likely factors that influence who gets type 2 diabetes and who escapes it, but the links between weight and diabetes need more research. In any case, the blood becomes overloaded with sugars. Some people with type 2 diabetes need insulin injections, but many can control their disease with oral medications, a good diet and exercise.

Diabetes can cause a litany of medical woes, including heart disease, kidney failure, limb amputations and blindness. It costs the U.S. health-care system $174 billion a year, according to the National Institutes of Health.

Those statistics are grim enough when patients are in their 60s. When the diagnosis is made decades earlier, new fears are raised: Will these children suffer heart attacks in their 20s, need kidney dialysis in their 30s or go blind before they see their own children graduate from high school?

Because about 80 percent of Type 2 diabetes patients are overweight or obese, it’s not surprising that patients such as Annie ask if they’ve done this to themselves. But there are other risk factors that no one can control: family history, ethnicity (blacks, Hispanics and American Indians have higher rates of diabetes), genetics or a mother who had diabetes during her pregnancy.

Instead of wallowing in regret, doctors suggest that young patients and their parents seize the opportunity for a crash course on how to improve their health.

“I used to wear a button that said ‘Stamp Out Guilt,’ ” says Fran Cogen, director of the Child/Adolescent Diabetes Program at Children’s National Medical Center in Washington, D.C. “I try to tell people that no one caused their diabetes. I emphasize that they can make changes now.”

Alarm bells are going off among those who study diabetes in children because of what they know about the adult version of the illness. More than 25 million Americans have diabetes (more than 90 percent have Type 2), according to the National Institute of Diabetes and Digestive and Kidney Diseases — but another 79 million have a condition called pre-diabetes, in which blood sugar levels are higher than normal but not as high as in diabetes.

Pre-diabetes isn’t a disease requiring medical treatment — it’s a wake-up call. A large national study showed that adults with pre-diabetes who lost 7 percent of their body weight reduced their risk of diabetes by 58 percent.

Officials are concerned that the number of children already identified as having Type 2 diabetes is just the tip of the iceberg. In a national study of 2,000 eighth-grade students from communities at high risk for diabetes, more than half of the kids were overweight or obese. Only 1 percent had diabetes – but almost a third of them had pre-diabetes, according to Lori Laffel, chief of the Pediatric, Adolescent and Young Adult Section of the Joslin Diabetes Center in Boston and a principal investigator on the study.

It’s crucial, she says, to find those children before their condition progresses to diabetes so that it can be reversed by lifestyle changes, without medication.

If there is any good news in childhood diabetes, it is that pediatricians are starting to look for it.

“It’s in the news, and all over the medical literature,” says Susan Conrad, a pediatric endocrinologist at Inova Fairfax Hospital. “Pediatricians are on top of it.” 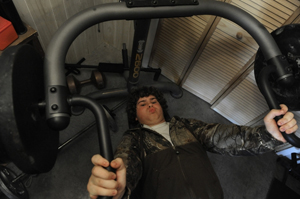 For example, sometimes children whose bodies are beginning to have problems regulating insulin develop a telltale dark, velvety rash around their necks. A decade ago, such a child might have been referred to a dermatologist.

In addition, CDC guidelines suggest that a child with a family history of diabetes, or one whose weight is above the 85th percentile for age and sex should be screened, with blood and urine tests, for diabetes.

Family experiences made John Perrone of Winchester, Va., aware of diabetes and its consequences. John’s mother, who developed gestational diabetes during all three of her pregnancies, now has Type 2 diabetes. His mother’s aunt had diabetes, and by the time she died in her 70s, she was on dialysis, in a wheelchair, legally blind and had suffered two strokes.

John got a diagnosis of Type 2 diabetes four years ago, and he has worked hard ever since to keep the disease under control. He says he’s gone from an overweight 11-year-old to a husky but fit 15-year-old. He has progressed from needing insulin injections to keeping his glucose under control with oral medication, combined with healthful eating and a lot of exercise.

He has learned enough to want to teach other kids with the disease. As an Eagle Scout project, he has developed a PowerPoint presentation aimed at youngsters. He has translated medical terms, such as glucose and glucometer, into words they understand, such as sugar and meter. He has also wanted to simplify for kids the basics of weight loss, which is so crucial for diabetes control.

“It’s all about in and out, what you eat, how much you exercise,” he says. “Maybe if kids understand it better, they can do it.”