New online insurance markets set to begin selling health coverage to consumers next October may be hampered by delays in launching a key computer program, according to state consultants and insurance regulators.

State regulators learned late last week that an electronic system most insurers will use to submit their policies for state and federal approvals won’t be ready for testing next month, as originally planned. The lag is being blamed on the wait for several regulations from the Obama administration, which are needed to update the software. 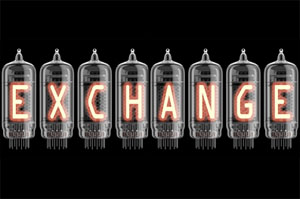 The slowdown “creates another three-month delay,” said Dan Schuyler, a director at Leavitt Partners, a consulting firm working with states to set up the markets, called exchanges. “They’re not going to be ready.”

Others believe the delay, while not necessarily critical, will further squeeze  insurance regulators and insurers, who still have much work to complete before next fall when enrollment is slated to start in the exchanges, a critical part of the health law.  Enrollment is set to begin Oct. 1 for policies that go into effect Jan. 1, 2014.

An estimated 9 million individuals are expected to use the markets that first year to shop for coverage and find out if they are eligible for government subsidies.

But depending on how long the update takes, “it could make it difficult to have a robust and competitive marketplace on the exchanges,” said Kim Holland, a former Oklahoma insurance commissioner who is now executive director of state affairs for the Blue Cross and Blue Shield Association.

The Obama administration has maintained that planning is moving forward on schedule and that the exchanges will open on time.

The difficulty in updating the System for Electronic Rate and Form Filing, known as SERFF, is the latest obstacle in the planning for the online marketplaces. Many states stalled preparations as a result of the controversy surrounding the law, with opponents encouraging them to wait to see who won the election first.

Even some supporters are arguing to postpone the opening of the marketplaces to give states and insurers more time.

“If I could wave a magic wand and change (the start) from 2014 to 2015, I would,” said Sandy Praeger, Kansas’ elected insurance commissioner, whose plan for a state partnership exchange was rejected by Gov. Sam Brownback.  “But I don’t know if [federal lawmakers] can do that.”

Aside from the political obstacles, a host of technical and regulatory steps must be taken before the exchanges can open, including reviews of every type of policy submitted by insurers to ensure they meet new standards for coverage and pricing. Those standards can’t be incorporated into the review system, however, until several yet-to-be-issued federal rules are finalized.

“Without the rules, we can’t get the (SERFF) system going,” said Holland.

While proposed rules – including how insurers can adjust their premiums based on a consumer’s age or where they live – may be released this week, the government will give stakeholders at least a 30-day comment period before finalizing them.

Generally, insurers say it can take a year to 18 months to develop new products and get them approved.

“The timeline is definitely getting crunched,” said Joel Ario, a consultant with Manatt Health Solutions who formerly served as the Obama administration’s head of exchange planning. “Insurers tell me they will need final approval of their products by July 1 so they will have three months to actually get set up to market them.”

That means there still is time, say some state regulators. In Mississippi, the SERFF delay is not being viewed with alarm, partly because the state expects only a handful of insurers to submit policies for review.

“We’ll have our work cut out for us, no doubt about that. But I don’t think we are in need of the time that some of the other states need,” said Aaron Sisk, senior staff attorney with the Mississippi insurance department, which he said will notify the federal government by Friday that it will run its own exchange.

But Sisk added, “if they keep pushing back the time, it could become a problem pretty quick.”

Insurers “are going to do everything they can to be ready to go by Oct. 1 of next year,” said Robert Zirkelbach, spokesman for American’s Health Insurance Plans, the industry’s lobbying group. “They want to offer coverage in the exchanges.”

The SERFF system is already used in nearly all states so insurers can electronically file applications for new products and premium adjustments. Developed by the National Association of Insurance Commissioners, the system was designed to streamline a process that can involve hundreds of pages of documents for each type of policy sold.  To help implement the health law, the SERFF software is being updated to help state and federal regulators determine which policies meet the standards to be sold in the new markets.

The health law envisions states running their own marketplaces, but it allows the federal government to set them up and run them if states do not.

So far only 17 states and the District of Columbia have said they will run markets on their own. Last week, the Obama administration extended a deadline to mid-December for states to submit plans to set up their own markets, or to mid-February for those who want to partner with the federal government.

Ario says the extension shows the federal government “believes they can start the solicitation process [with insurers in February] and complete it in time to have product on the shelf for open enrollment in October.”

By pushing back the startup of the updated software, though, insurers will have less time to win that approval.  It takes about 60 days for the average state to process an application to sell a new health insurance product, said Holland.

The delay “compresses the deadline … and everyone is concerned we will get flooded” in the spring with a slew of applications from insurers, said Praeger, a past president of the insurance commissioners association.

Meeting the deadlines “is going to be really hard,” she added. “Not that it can’t be done, but it really puts a lot of pressure on everyone.”