The Spanish-language version of healthcare.gov will not be equipped to handle online enrollments on Oct 1., according to an Obama administration official. Instead, Spanish speakers will have to wait until Oct. 21 to sign up online. 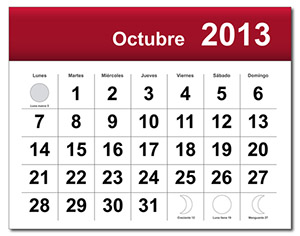 The official said the new signup date should not be considered a delay, but rather the administration is choosing to unveil the online enrollment tool to coincide with a “week of action” around Hispanic Heritage Month, in which community organizations and local, state and federal government partners will highlight the importance of the Affordable Care Act for Latinos.

Hispanic Heritage Month, however, began on Sept. 15 and ends on Oct. 15. The delay was first reported by the Associated Press.

More than 10 million Latinos are expected to be eligible for new public and subsidized health coverage options, making them the demographic group most likely to benefit from the health law — and a key to its success. They’re more likely to be young — nearly half of Hispanics are under 26 years old. That’s important for the insurance pools, because young and healthy people need fewer medical services, and insurance companies can use their premiums to balance the needs of older or sicker patients.

Spanish speakers who live in states where the federal government is running the marketplace and want to enroll before Oct. 21 can fill out paper applications and receive assistance through call centers and navigators. As long as they sign up by Dec. 15, they will have coverage beginning Jan. 1, 2014.

“Our hope is that they take this with the level of urgency that it deserves and that they move forward as quickly as possible to get Spanish information online,” says Jennifer Ng’andu, who heads the health and civil rights policy project at the National Council of La Raza. “The Latino community is at the crux of the ACA enrollment strategy, so moving forward there needs to be more intention and a more targeted effort to make sure this kind of glitch doesn’t happen again.”

The administration expects that 70 percent of online signups for the marketplaces will come via the English-language site, and even Latino enrollment will largely happen in English.  It is not uncommon for Spanish-language government websites to roll out more than a year after the English version.

But with all of the marketing efforts highlighting Oct. 1 as the beginning of open enrollment, Ng’andu says there will be people who go to cuidadodesalud.gov on on launch day seeking information. The administration “needs to accurately relay where people can go to get help — we cannot lose people because of the fact that a website was not functioning.”

But Dr. Jane Delgado, president and CEO of the National Alliance for Hispanic Health in Washington,  says “it’s better to get it right than to make mistakes. We want good information. We’re so used to people throwing something up in Spanish and it not being very good.”

“I think it’s very important to keep the perspective that there are 182 days in the enrollment period,” adds Ron Pollack, executive director of Families USA, a nonprofit group in Washington with close ties to the administration. “This is a marathon not a sprint. What happens on day one is no more important than what happens in the other 181 days.” The real issue, he adds, is “how effectively glitches are fixed and how quickly it happens.”

This is not the first time, however, that advocates have voiced concerns about the administration’s Latino outreach efforts.

In July, Manuela McDonough of NCLR said she worried that the translation of http://www.cuidadodesalud.gov was “not culturally competent,” and the White House’s “strategies and tactics for reaching Latinos is off.” A NCLR survey found that Hispanic health centers and community organizations did not believe they had the funding and resources to carry out the sign-up process for Latinos.

Insurance companies, however, are filling in some of the gaps. WellPoint and other Blues insurers in six states signed deals with Spanish-language media network Univision to be the exclusive health insurance sponsor of the network’s Peabody-award winning health initiative, “Salud Es Vida,” which means Health Is Life. The deal gives the company direct access to nearly three-quarters of the Spanish-speaking TV audience that tunes into the popular network.

The White House, however, now seems to be stepping up its outreach efforts to Latino consumers. On Friday, Health and Human Services Secretary Kathleen Sebelius and White House Domestic Policy Council Director Cecilia Muñoz will hold a public conference call on what the Affordable Care Act means to the Latino community.