There are hundreds, if not thousands, of ways to track the health of a population: the average blood pressure of a large group of people, the rate of mental illness, the average weight. Epidemiologists have been collecting this kind of data for years, but now, in Oregon, there is cold, hard cash riding on these metrics.

In a special experiment that is part of the health law, the Obama Administration gave Oregon almost $2 billion to come up with its own system to coordinate care better. The idea is to get doctors, nurses, hospitals and other caregivers to work together – and get paid well — to keep people healthy and to get rid of wasteful, unnecessary care. 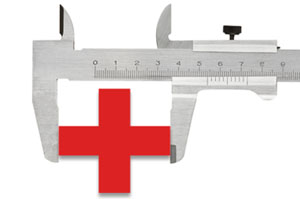 But which metrics should Oregon and the federal government look at to decide if the experiment succeeds? The federal dollars will go to the providers who do a good job, so first the state had to figure out what constitutes good coordinated care.

Sarah Bartelmann of the Oregon Health Authority’s Metrics and Scoring Committee says it was hard to boil down the list. There was “a lot of discussion and the conflict was where the data would come from and if it was something the state could easily report on,” she says.

Oregon decided on 33 measurements that cross the medical spectrum.

A look at one of them shows how quickly it can get complicated. Bartelmann explains the effort to measure how often doctors ask patients if they’re abusing drugs or alcohol.

“So there are a couple of ways a practice could do this,” she says.  “They could start with a pre-screen, that would be just one question that a doctor would ask. It could be part of your vital stats, when they’re taking your blood pressure, weighing you in. They could also ask, ‘Do you use alcohol? Do you use drugs?’ And if the patient indicated that they did, to either one of those, that would then trigger a longer screening.”

The goal is to get doctors to refer patients to a service — patients don’t actually have to go to be counted, but they have to be referred. But it’s a measure that Oregon has created on its own, so there was no national standard.

To figure out where to start, Oregon Health and Science University studied how often doctors currently ask patients about drug or alcohol abuse — not just whether they smoke or drink, but specifically about abuse of those substances. The answer was virtually never.

“This is a difficult subject for doctors to talk about with patients,” says Lori Coyner of the Oregon Health Authority.

So, since doctors aren’t asking the question now, the baseline was set at zero. The state then had to decide where to set the goal.

The university looked at one group of local doctors who started asking about substance abuse and found that after a couple of years, 44 percent had managed to set up a system to do it on a regular basis. So that’s where Oregon’s Metrics and Scoring Committee set its goal.

“The committee wrestled with setting a benchmark that seemed so high, 44 percent compared to approximately zero percent right now,” says Bartelmann, “and whether that was truly achievable by CCOs.”

Not everyone is happy with the new measurement.

“The big problem is finding a treatment program that can actually take them that works for them,” Hangartner says. “If the whole point is improving health, which is what the claim is about [coordinated care organizations], we’ve got to show some follow through.”

The state is wrestling with questions like this for all 33 of its chosen metrics.

On top of that, Oregon has to worry about timing. For instance, rehab for drug abuse or alcoholism could save the state a lot of money in the long-run by preventing dire diseases. But in the short-term, rehab is expensive.

The federal government has given Oregon just five years to prove it can reduce increases in medical costs for Medicaid. If the state fails — it faces some substantial fines.

Oregon’s Dilemma: How To Measure Health