On the last morning of their lives, Charlie and Francie Emerick held hands.

The Portland, Ore., couple, married for 66 years and both terminally ill, died together in their bed on April 20, 2017, after taking lethal doses of medication obtained under the state’s Death With Dignity law.

Francie, 88, went first, within 15 minutes, a testament to the state of her badly weakened heart. Charlie, 87, a respected ear, nose and throat physician, died an hour later, ending a long struggle that included prostate cancer and Parkinson’s disease diagnosed in 2012.

“They had no regrets, no unfinished business,” said Sher Safran, 62, one of the pair’s three grown daughters. “It felt like their time, and it meant so much to know they were together.”

In the two decades since Oregon became the first state to legalize medical aid-in-dying, more than 1,300 people have died there after obtaining lethal prescriptions. The Emericks were among 143 people to do so in 2017, and they appear to be the only couple to ever take the drugs together, at the same time, officials said.

The pair, early members of the 1980s-era Hemlock Society, had supported the choice for years, and, when their illnesses worsened, they were grateful to have the option for themselves, family members said.

“This had always been their intention,” said daughter Jerilyn Marler, 66, who was the couple’s primary caretaker in recent years. “If there was a way they could manage their own deaths, they would do it.”

Before they died, the Emericks agreed to allow Safran and her husband, Rob Safran, 62, founders of the Share Wisdom TV Network, of Kirkland, Wash., to record their final days and hours. At first, the video was intended just for family, but then Safran asked her parents for permission to share it publicly.

“I think it can help change the way people think about dying,” she said. 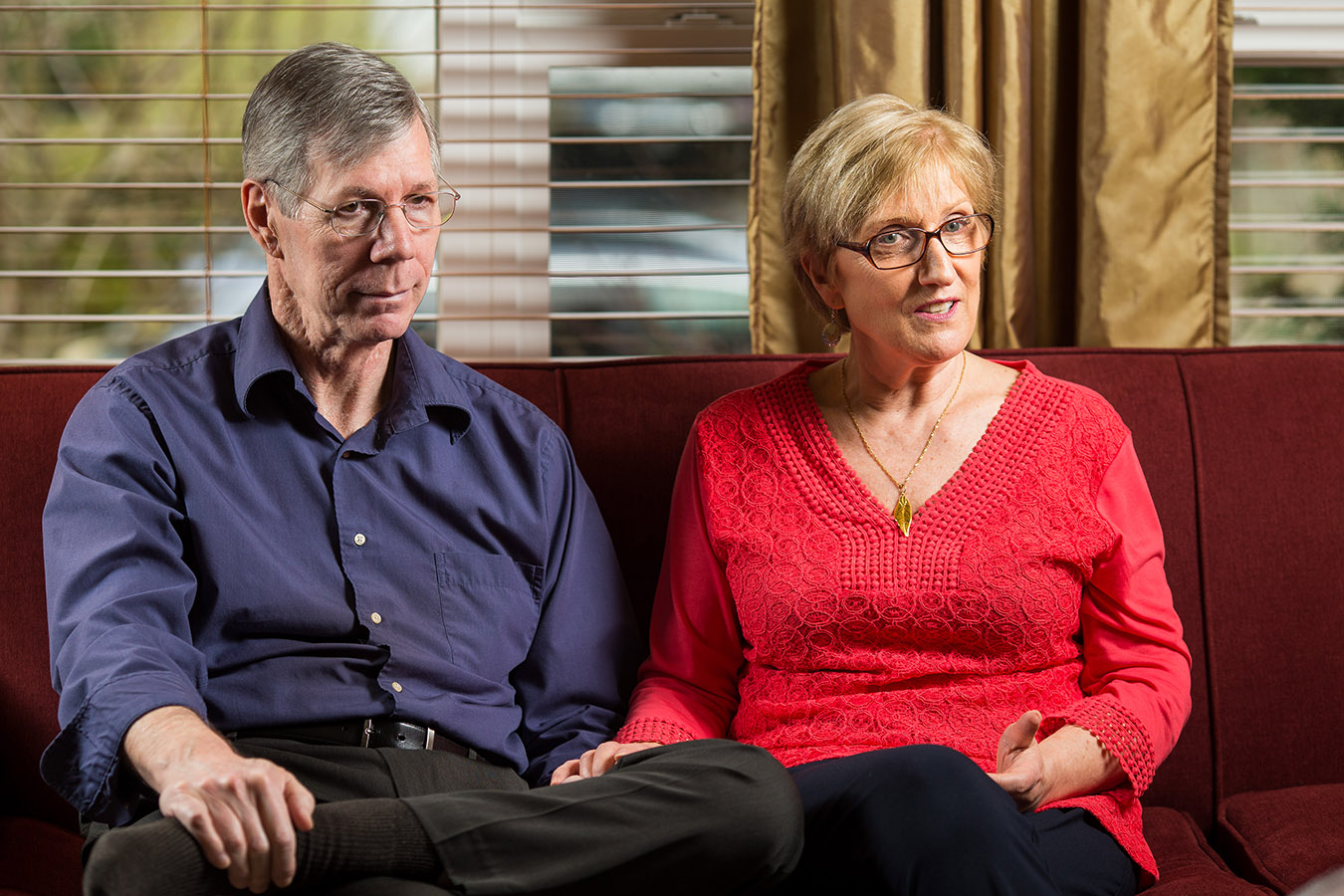 The result is “Living & Dying: A Love Story,” a 45-minute documentary that details the background of the Emericks’ final decision and their resolve in carrying it out.

Shot mostly with handheld smartphones, the video captures the intimate moments of the couple’s preparations in their last week of life.

Charlie Emerick was a former medical missionary in India and chief of ENT at a Portland-area Kaiser Permanente hospital. (Kaiser Health News is not affiliated with Kaiser Permanente.) He was diagnosed with Parkinson’s disease in 2012, after dealing with symptoms of the disease for years. He suffered from prostate cancer and heart problems and learned in early 2017 that he had six months or less to live. In the documentary, he described his thoughts as he pondered whether to use aid-in-dying. 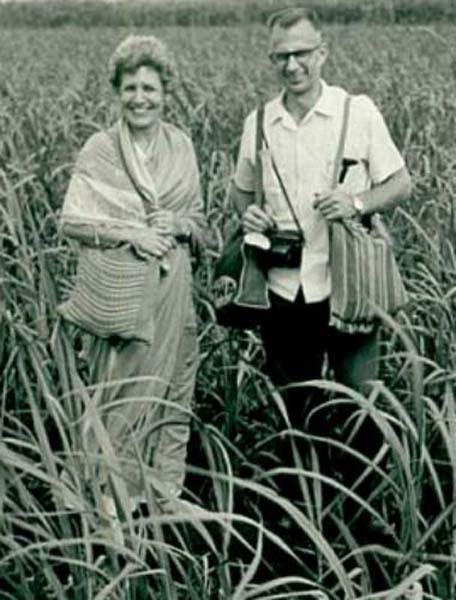 Dr. Charlie Emerick was a respected ear, nose and throat physician who took his family to Miraj, India, where he opened a clinic. Here, the Emericks are standing in a sugar cane field in India in the mid-1960s. (Courtesy of Jerilyn Marler)

“You keep going, Charlie, you’re going to get worse and worse and worse,” he explained to Sher Safran, in a quavering voice. “The other can’t be worse than this.”

Francie Emerick, who handled marketing and public relations for the hospital in India, appears vital and articulate in the video. Her daughters, however, say that her energy was fleeting and that it masked years of decline following multiple heart attacks and cancer.

In the video, Francie acknowledged that she could have survived a bit longer than her husband. But, she said, she didn’t want to.

“Charlie and I have a rather unique relationship in that we have done and been so much to each other for 70 years,” she said.

The pair carefully followed the specifics of the law, which requires examinations by two different doctors to determine a prognosis of six months or less to live, multiple confirmations of intent and the ability of patients to ingest the lethal drugs themselves. The process takes a minimum of 15 days.

“We do want it to be legal,” Francie said. 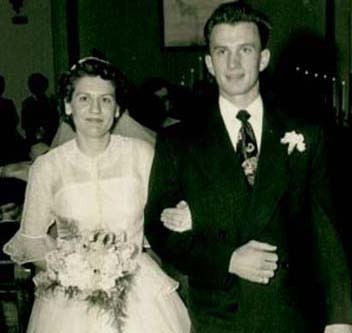 Francie and Charlie Emerick met as college students in Nebraska and were married on April 4, 1951. Their first daughter, Jerilyn, was born nine months and 10 days later. (Courtesy of Jerilyn Marler)

The video traces the arc of the couple’s lives. The Emericks met as college students in Nebraska, married on April 4, 1951, and spent years in the 1960s as medical missionaries in Miraj, India. Dr. Emerick’s career took them to Southern California and then to Washington state, to India and ultimately to Oregon, all while raising three girls. In 2004, they moved into an apartment in a retirement community in Portland.

That’s where the Emericks died on a cloudy Thursday last spring, six days after a family celebration that included their children and grandchildren — and, at Francie’s request, root beer floats. The gathering was happy, but bittersweet, family members said.

“There were moments that they expressed great sadness at the goodbye that was coming,” Marler recalled.

The Emericks sought help from Linda Jensen, a veteran team leader with End of Life Choices Oregon, a nonprofit agency that supports people seeking to use the state’s Death With Dignity law.

“They were pretty well informed,” said Jensen, who has assisted with dozens of deaths in 13 years. “What they wanted to understand was what a planned death really looks like.”

The video includes a meeting between Jensen and the Emericks two days before they died. It would be nothing like dying on TV, she told them.

“You do not lose control of your bowel or bladder. You do not gasp for breath,” she explained. Instead, she said, they would simply go to sleep. 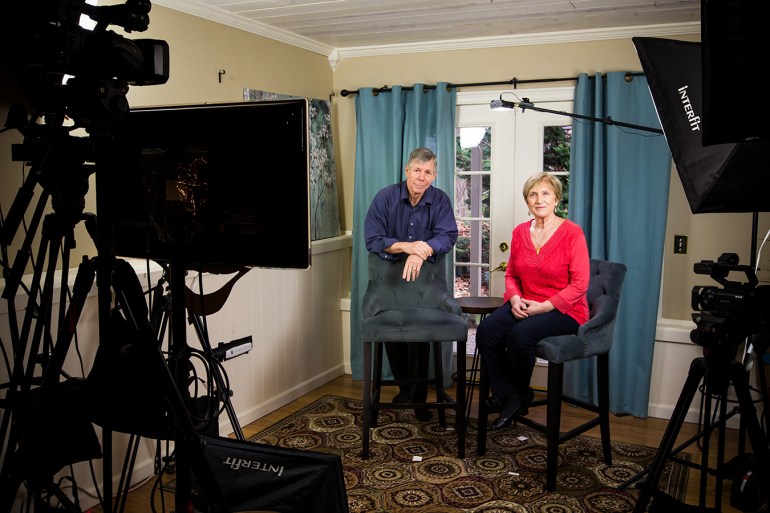 Rob and Sher Safran, owners of Share Wisdom TV Network, pose in the studio in their Kirkland, Wash., home on Dec. 12, 2017. The couple made the documentary “Living & Dying: A Love Story,” about the final week of Sher’s parents’ lives. (Dan DeLong for KHN) 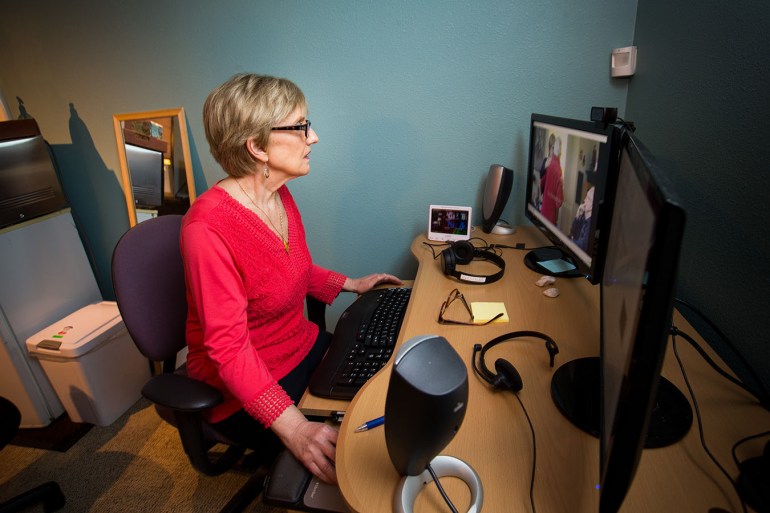 Sher Safran searches for a specific moment from the documentary, which she says also serves a larger purpose: helping others to understand how aid-in-dying works. (Dan DeLong for KHN)

The Emericks went over the plan: no breakfast, just pills to calm their stomachs at 9 a.m., followed by the lethal drugs an hour later.

Safran and Marler appear calm and determined as they help finalize their parents’ arrangements.

“There was a lot of grieving ahead of time because we knew it was coming,” Marler said.

Some members of the family disagreed with the couple’s decision, but the Emericks were determined.

“You two have never wavered?” Safran asked her mom.

“We have not,” Francie replied.

The video captured details of the final morning: Charlie saluting the camera farewell as he’s wheeled down the hall, Safran’s tearful last hug from her mother, Charlie and Francie clasping hands after they swallow the drugs.

“It just takes such a huge amount of internal strength and self-knowing to face that choice, to make that choice and then bring along all the people that love you and are going to miss you,” Jensen said.

There was no funeral after the deaths. The Emericks had donated their bodies for research through a program at the Oregon Health & Science University and any remains wouldn’t typically be returned for two or three years, a spokeswoman said.

In the interim, the video has become comforting and precious to the family, said Safran.

“It’s very lovely, just to hear their voices,” she said. 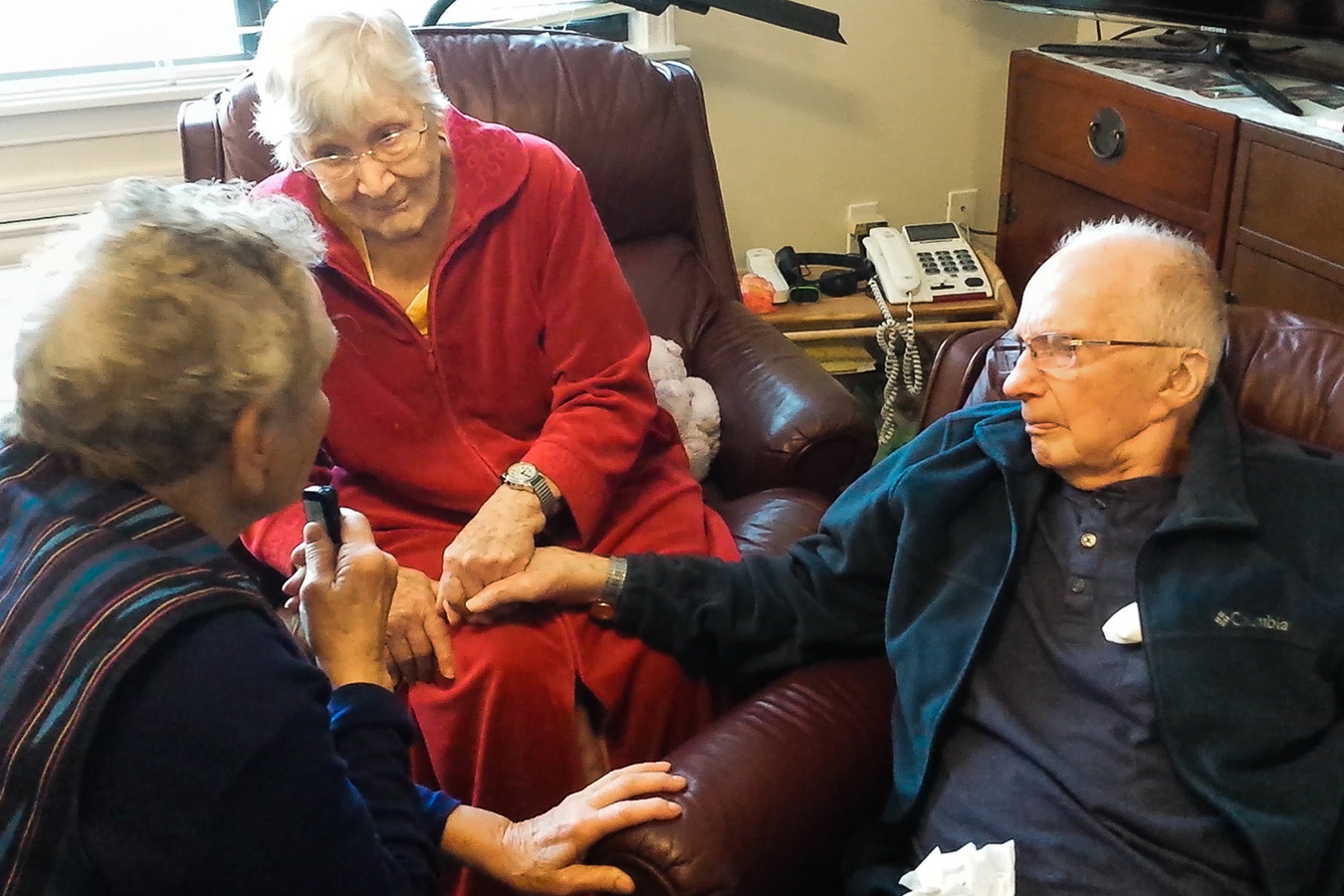 The documentary also serves a larger purpose: helping others to understand how aid-in-dying works, she said.

Carol Knowles, 70, was a member of Francie Emerick’s book club. The Emericks didn’t tell other residents about their plans. Knowles said she was surprised when they died the same day — until she saw the documentary.

“I thought it was brave and beautiful,” she said. “You could see the care with which Charlie and Francie had made that decision.”

Another member of the group expressed concern, however, saying her religion prohibited any efforts to hasten death. Knowles said she plans to take the documentary to the retirement center’s social worker before showing it more widely.

“We want to do it in a way that will not scare them or make them feel uncomfortable,” she said.

Stephen Drake, research analyst for the disability rights group Not Dead Yet, had serious reservations about making the video public. He worried that presenting aid-in-dying in a positive light “changes the expectations; this romanticizes the idea of not just suicide, but a double suicide,” Drake said.

Safran said she expects strong reactions — including criticism — for chronicling her parents’ final days. But she said the documentary honors the Emericks’ belief that, if possible, everyone should have a say in when and how they die.

“We have a faith that says life is not to be worshipped,” Francie said. “It’s the quality of life that counts.”