Terry Sullivan doesn’t like the Affordable Care Act. Never will.

Sullivan believes that the federal government has no business being involved in his choice of health insurance.

For 28 years, that insurance was Independence Blue Cross’ Special Care plan. But the plan was discontinued in 2013 because it didn’t meet the ACA’s qualified health plan standards. So Sullivan, of King of Prussia, Pennsylvania, went on the marketplace and bought the company’s silver-tier special reserve plan.

“I had no beef with the plan,” says Sullivan, 60. It “was basically better than what I had before.” 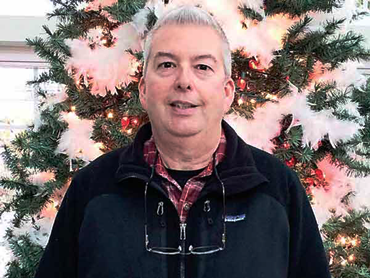 Then Independence axed the plan for 2015. So back online he went, shopping for new coverage on healthcare.gov.

With only a week left to sign up for coverage that starts Jan. 1, the federal government reports that, as of Nov. 28, 765,135 people had filed applications and chosen a plan on federally run marketplaces, like those in Pennsylvania and New Jersey. An additional 1.5 million had submitted applications but had yet to select a plan.

Sullivan thought he would be among that number. But when he plugged in his $12,000 annual income, a message popped up that read, “This household may be eligible for free or low-cost care” through Medicaid.

The self-employed accountant now will join an estimated 600,000 low-income Pennsylvanians – many of whom have never had health insurance – covered through Healthy Pennsylvania, the state’s Medicaid expansion program, which starts Jan. 1.

Pennsylvanians with incomes of less than 138 percent of the federal poverty level – $16,105 for an individual, about $27,000 for a family of three – can now apply for health insurance through Healthy PA. (New Jersey has had Medicaid expansion since Jan. 1, 2014.) The program offers subsidized plans through private insurers.

In the first two days, 41,500 Pennsylvania residents have applied with 30,000 coming through healthcare.gov. Along with the federal site, people can enroll by visiting any county assistance office, by making an appointment with an in-person assistor, or by calling the Department of Human Service’s hotline (1-866-550-4355) from 8 a.m. to 5 p.m.

To enroll you’ll need your tax return and other financial data, information on the size of your family and household and pertinent health records.

“We strongly encourage folks to go through the in-person assistor process” due to the complexity of the process, says Neil Deegan, Pennsylvania director of Enroll America. “Depending on the plan and depending on your income, there may be a co-pay and there may be a premium under the current way the program is structured.”

But that may change come Jan. 20, when Tom Wolf becomes governor. Wolf has said he will switch the program to a traditional Medicaid expansion.

But for now, people who are eligible should apply, advocates said. “If changes are made by the governor, that’s down the line,” Deegan said. “Getting enrolled now is what is important.”

Healthy PA has two levels; the Private Choice Option and Healthy Plus.

Every company must offer the same basic set of benefits, according to Laval Miller-Wilson, executive director of the Pennsylvania Health Law Project. To be competitive, some companies may be more generous with benefits than others. For instance, one plan may include more home or chiropractic visits.

But no one is sure who will offer what, since that information isn’t yet available. When Miller-Wilson asked the administration about its plans, he says he didn’t get any answers.

“I don’t even know if [Private Choice] plans are offering more” because that “is not available yet,” he says.

Newly eligible or current Medicaid recipients with serious medical needs will be placed in Healthy Plus, the program’s high-risk plan for people who are pregnant, 65 or older, in a nursing home, or part of several Social Security programs. Four companies are writing policies for Healthy Plus.

Miller-Wilson recommends that consumers covered by a marketplace plan wait until their Medicaid application is approved before canceling because “you don’t want to not have coverage.”

Sullivan applied for Healthy PA online at the state’s Compass website at www.compass.state.pa.us/. The application asked for “a lot of information” about income, checking account, and life insurance coverage. He filled out a detailed health questionnaire. An hour later, Sullivan pushed the button – and nothing happened.

“It was almost like they said, ‘OK, your application was accepted and you do fit our criteria to be on the plan,'” he says. “That’s about all they tell you.”

Miller-Wilson says that once Sullivan is deemed eligible, he will get an enrollment package and a list of option plans.

“I liked it much better when I could just buy Special Care from Blue Cross and I didn’t cost the taxpayers any money,” Sullivan says. “I just think it [ACA] is a government fiasco.”

Pa. Man Hates The Law That Will Pay For His Health Insurance