On Friday, the Obama administration nixed the CLASS program. Still, speakers at the LeadingAge annual meeting on Monday said the controversial long-term health care program has the potential to succeed. 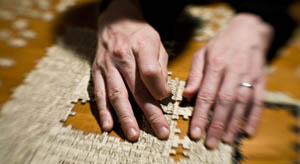 “We’re still reading through the appendices [of the administration’s analysis], waiting to see their ideas” for how to make it work, said Connie Garner, executive director of the advocacy group Advance CLASS. “All we see so far is how hard it is to think outside the box.”

Garner, who has worked on the CLASS Act since its origins in the late Sen. Edward Kennedy’s office, was joined in the panel by Judy Feder, a public policy professor at Georgetown University, and Bob Yee, who authored the actuarial analysis of CLASS for the Department of Health and Human Services. The three agreed that there was room for further exploration of the CLASS program, and it was premature for the administration to shut it down.

“I feel pretty comfortable there are ideas out there that could make it work,” Yee said, citing how a few of the insurance models he tested showed potential.
HHS Secretary Kathleen Sebelius wrote to members of Congress Friday that she did “not see a viable path forward for CLASS implementation at this time.” The 2010 health law, which established the program, required Sebelius to certify that it would be self-sustaining, affordable to the public and financially viable for at least 75 years. Sebelius said the program did not meet those expectations.

Monday also brought news from the Congressional Budget Office that repeal of the CLASS Act would be budget neutral.

Despite the writing on the wall, Garner said Sebelius has the authority to adjust CLASS as she sees fit until it meets the requirements. In her interpretation, the 2010 health law merely “gave fundamental parameters” to work within. Garner compared the program to a Rubik’s cube that the administration hasn’t given itself enough time to solve.

“I’m not sure the administration knew how to twist this correctly,” she said, holding up her own Rubik’s cube in frustration.

Further actuarial analysis should be done, according to Garner, who also proposed restarting discussions with private insurers for a potential hybrid model for long-term care insurance. Yee agreed, noting that models tested for HHS included several ideas from private insurers. “I don’t know why they’re backing away,” Yee said of the administration.

Overall, the panelists emphasized the need to keep going with CLASS and address the issue of long-term care.

“This is not the time to stop the conversation,” Garner said.