SACRAMENTO, Calif. — Federal rules ensure that none of the millions of people who signed up for Obamacare can be denied insurance — but there is no guarantee that all health services will be covered. 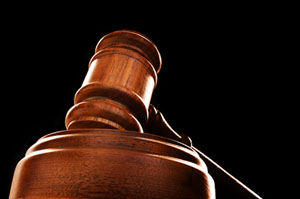 To help make sure a patient’s claims aren’t improperly denied, the Affordable Care Act creates national standards allowing appeals to the insurer and, if necessary, to a third-party reviewer.

For Tony Simek, a software engineer in El Mirage, Ariz., appealing was the only way he was able to get additional treatment for sleep apnea. Though mild for many people, the condition had become life-threatening for Simek, who couldn’t get enough sleep.

“I had actually gotten to a place where I had fallen asleep while driving a vehicle,” Simek says. “That’s something that would normally have never ever happened to me.”

Simek’s doctor recommended he go to a lab to undergo another sleep study test to see if his night-time breathing machine needed adjustment. But his insurance company denied the test.

“I was rather surprised,” Simek says, “so I reached out to my doctor to find out why. My doctor had been told [by the insurance company] that it was ‘not medically necessary’ in their judgment of my health condition.”

Simek spent hours on the phone with the health plan, trying to get approval for the test. The insurance company responded with four denial letters. Simek has job-based health insurance through a California employer, so he filed an appeal with the California Department of Insurance.

“I have never had a problem with health insurance prior to this,” Simek says.

Capital Public Radio in Sacramento analyzed multiyear data from California and found that about half the time a patient appeals a denied health claim to the state’s regulators, the patient wins.

A 2011 GAO report sampling data from a handful of states before the health law took effect found that patients were successful 39 to 59 percent of the time when they appealed directly to the insurer. When appealing to a third party (such as the state insurance commissioner), patients also were often successful in getting the service in question – winning as many as 54 percent of such decisions in Maryland, for example.

“It’s often very worthwhile for a consumer to appeal,” says Cheryl Fish-Parcham, who directs the private insurance program at Families USA, a nonprofit that supports the health law. “It’s a really important protection for people.”

Until a few years ago, Fish-Parcham says, the rules regarding such appeals varied by state and employer.

“Insurers often get it wrong the first time,” she says. “So if you’ve been denied a health care service, it might be because the plan didn’t understand why that service was needed and why it fit their guidelines.” Many consumers, she adds, are not exercising their appeal rights as much as they should.

“It can be an error on the health plan side,” he says. “Maybe they put somebody in the system wrong and they don’t know that [he or she is] eligible yet. Or a data entry error occurs, and the computer says, ‘Oh, we don’t pay for this service on that diagnosis,’ — that type of thing.”

Other denials, like Simek’s sleep test, are based on judgments of medical necessity. Insurers may consider a treatment experimental. Kongstvedt, a former executive in the managed health care industry, says such decisions require human discernment.

“The computer doesn’t — usually doesn’t — make that decision,” he says. “It simply flags it and then it gets reviewed — first by a nurse reviewer who then presents it, usually, to a medical director.”

Zirkelbach says only about 3 percent of claims are denied. And, he adds, insurers support the strengthening of the appeals process under the Affordable Care Act.

“Health plans are committed to getting it right,” he says.

Appealing a denial was the right thing for Tony Simek. Ultimately, a California regulator overruled his insurer, and Simek got the test.

“I have been sleeping well ever since,” he says.

Patients Often Win If They Appeal A Denied Health Claim