About 85,000 people with a history of serious illnesses, who are enrolled in high-risk insurance pools created under the health care law, will get a month’s reprieve before they lose that coverage. 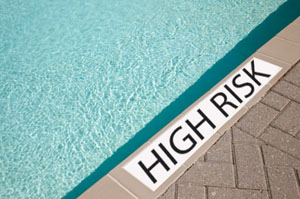 The Pre-Existing Condition Insurance Plan (PCIP) — scheduled to close at the end of the year — is being extended until the end of January 2014 to give people more time to enroll in health plans through state and federal insurance enrollment websites, many of which have been riddled with problems. The high-risk pools, which started in 2010, have helped people with pre-existing conditions obtain health coverage.

“We do not want these folks to experience a coverage gap,” Health and Human Services Secretary Kathleen Sebelius said in a briefing Thursday. Many of these people are receiving regular treatments for diseases such as cancer, diabetes, and heart disease.

The extension is one of several initiatives Sebelius unveiled to make it easier for consumers to gain coverage through new online insurance exchanges, which have had a troublesome start.

–If consumers try to sign up for coverage by December 23rd but experience difficulties, they will qualify for a special enrollment period that enables them to gain coverage as soon as possible.

–Insurers will be required to provide coverage Jan. 1 if a consumer pays the premium by Dec. 31. Previously, insurers could set an earlier payment deadline.

–The administration is asking insurers to let consumers pay later in January for coverage that would be retroactive to Jan 1. Aetna, for instance, will allow consumers to pay as late as Jan 8, for coverage that begins Jan. 1, according to Julie Bataille, communications director for the Centers for Medicare & Medicaid Services (CMS). The administration is also requesting that insurers begin coverage even if consumers make only a partial payment by Jan.1.

In response, the lobby group, America’s Health Insurance Plans (AHIP), said that it would work to make consumers’ signup experiences as hassle-free as possible. But it suggested that rule changes such as these and problems with the federal exchange, healthcare.gov, may make achieving that goal more difficult.

“With only weeks to go before coverage begins, continued changes to the rules and guidance could exacerbate the challenges associated with helping consumers through the enrollment process,” said AHIP CEO Karen Ignagni.

Earlier this month, the administration extended the signup deadline to Dec. 23 for coverage that takes effect Jan. 1 through the federal exchange, which is handling enrollment in 36 states. The deadline previously had been Dec. 15.

The high-risk pool, or PCIP, program, was supposed to end Dec. 31 because insurers will no longer be able to reject people or charge them higher rates as a result of their medical history. But many PCIP members around the country have had trouble enrolling in new coverage due to the troubled launch of healthcare.gov and other state online exchanges. Here is a state-by-state breakdown of enrollment as of last June.

Some states that run their own pools are also considering extending their programs.

“Extending the Pre-Existing Condition Insurance Plan will give tens of thousands of people with a history of cancer or another serious disease the security of knowing they will not face a costly gap in coverage on Jan. 1, if they cannot enroll in a marketplace plan by Dec. 23,” said American Cancer Society Cancer Action Network President Chris Hansen.

Hansen said that those with chronic diseases must carefully weigh their choice of plans, looking not just at premiums and other out-of-pocket costs, but also at prescription drug coverage and financial assistance options.

The PCIP program has helped more than 135,000 Americans since it began in late 2010. The federal program suspended acceptance of new enrollees in mid-February, while state-based pools closed their doors on March 2 because of funding concerns.

More than $4.7 billion has been spent of the $5 billion that Congress appropriated for PCIP, but there is enough money to extend coverage through January, officials said. Still, they are encouraging enrollees to sign up for new coverage as soon as they can.

Consumers generally must enroll in policies in the new online marketplaces by Dec. 23 to have insurance that takes effect Jan. 1. Enrollment in the marketplaces continues through March 31, although some think it could be extended beyond that because so many people had difficulties using the website.

CMS spokesman Aaron Albright said the administration is continuing to look at ways to make the enrollment process easier for all consumers, including those in the high-risk pools.

“As part of our efforts to smooth the transition to the marketplaces for those seeking coverage that begins in January, we are taking steps to ensure that Americans enrolled in the federal PCIP insurance plan will not face a lapse when the new year begins,” he said.