The American College of Physicians announced a major change to their screening guidelines Monday evening: Healthy women should no longer receive pelvic exams during their annual well-woman visits. 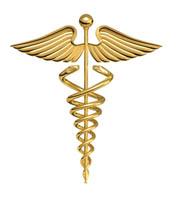 The recommendation does not apply to women who are pregnant or who have symptoms of pelvic disease.

“It’s an intrusive test, it’s a test women don’t like, and there’s no evidence that we should be doing it,” says Dr. Hanna Bloomfield, associate chief of staff of research at the Minneapolis VA Healthcare System, who conducted the evidence review that led to the new recommendation.

During the exam, the patient lies on the exam table with her feet in stirrups. The doctor examines the woman internally with one hand and applies pressure externally with the other hand, in what is known as a “bimanual exam.” Another part of the exam involves the use of a speculum. The screening is used to find cancer, noncancerous masses and infection in the ovaries, uterus and other pelvic organs.

But the latest evidence review found that in non-pregnant adult women without symptoms, there are no studies showing that cancer is actually detected by pelvic exams alone. And the screenings are more likely to hurt women than help them. The most likely harms include pain, discomfort, anxiety, embarrassment and fear for the woman, says  Bloomfield. But in more serious cases, doctors may also identify false positives that can subject the patient to “a diagnostic cascade” of unnecessary tests and even surgery.

“Once you find something, it’s really hard to ignore it,” says Bloomfield. “How many women are you subjecting to all those follow-up tests and procedures when really there wasn’t a problem to begin with?”

Pelvic exams for healthy women are believed to cost the U.S. health care system $2.6 billion annually, according to the new guidelines from the American College of Physicians, which were published in the Annals of Internal Medicine. Those costs do not include any additional follow-up tests or procedures.

The American College of Obstetricians and Gynecologists (ACOG) released a statement saying that the group would continue to stand behind its current guidelines that an annual pelvic exam is recommended for all patients over the age of 21.

Those guidelines, according to the statement, “acknowledge that no current evidence supports or refutes an annual pelvic exam for an asymptomatic, low-risk patient…However, the College continues to believe firmly in the clinical value of pelvic exams” based on the clinical experiences of gynecologists. The decision of whether or not to perform the exam, according to ACOG, should be shared between the doctor and patient.

Dr. John Jennings, current president of ACOG, says the pelvic exam is not a contentious issue despite the different guidelines. “The well-woman visit is an essential of good care, and the pelvic exam is still one part of that,” he says. “It should be a discussion with the examining physician and the woman, and that still remains.”

The American Cancer Society has not recommended an annual pelvic exam for healthy woman for the past 10 years, says Dr. Richard Wender, the group’s chief cancer control officer. “There is no convincing evidence of benefit, which makes it very difficult for any conclusion other than the harms outweigh the benefit,” he says. He notes that the guidelines do not change the current Pap smear recommendations.

“I don’t think women should get the impression that the bimanual exam is terribly harmful. It’s been performed on millions of women, and the vast majority haven’t experienced any benefit or harm from having it done,” he said. But in today’s brief doctor visits, “we don’t have a lot of time to interact with patients. So we want to use that time as wisely as possible.”

The pelvic exam is just the latest piece of the well-woman exam to draw scrutiny. Recommendations for both mammograms and Pap smears have been changed in recent years. In both cases, the US Preventive Services Task Force recommended less frequent use of the screening exams. Not all doctors are convinced the new advice is sound.

“Honestly, it concerns me,” says Dr. Taraneh Shirazian, a gynecologist and gynecologic surgeon at the Icahn School of Medicine at Mt. Sinai in New York. “We’ve had changes to the mammogram recommendations, the Pap smear, and now the pelvic exam. All of it means that women may opt not to visit their gynecologist as often.”

Shirazian says the pelvic exam is “extremely important” to her practice and provides a baseline of what each patient’s anatomy feels like so that “if they come back and there are changes, I can better detect those changes.” Using the manual pelvic exam, Shirazian says she has picked up fibroids, ovarian cysts, endometriosis, early ovarian cancer sexual dysfunction, incontinence and prolapsed uterus in her patients.

She compares the exam to a stethoscope – one of the most important tools she has to educate, counsel and take care of her patients. While the stethoscope rarely identifies heart attacks, she says, it’s still a crucial instrument during the medical visit. “We don’t want to get rid of all the tools we have to help women take care of their health.”