MANCHESTER, Ky. — This economically depressed city in the foothills of the Appalachian Mountains is an image of frozen-in-time decline: empty storefronts with faded facades, sagging power lines and aged streets with few stoplights.

But there is one type of business that seems to thrive: pharmacies.

Eleven drug stores, mostly independents, are scattered about a tiny city of 1,500 people. Many have opened in the past decade — four in the past three years. And prescription pain drugs are one of the best-selling items — the very best seller at some.

Most pharmacies here and in surrounding Clay County (population 21,000) lack the convenience-store trappings of national chains like CVS or Walgreen’s. They sell few items over the counter, focusing on prescriptions and little else.

Clay’s residents filled prescriptions for 2.2 million doses of hydrocodone and about 617,000 doses of oxycodone in the 12-month period ending last September — that’s about 150 doses for every man, woman and child. About half as many doses of each drug were reported in Allen County (population 20,640), on the Tennessee border 160 miles southwest. Even smaller quantities were used in Breckenridge (population 20,018), another central Kentucky county.

An epidemic of prescription pain-killer use and abuse has spread across the U.S. in recent years. More than 183,000 people died from overdosing on prescription opioids from 1999 to 2015, according to the Centers for Disease Control and Prevention. Nearly 2 million Americans abused or were dependent to them in 2014, the CDC has reported.

Drug manufacturers and distributors have pumped prescription opioid painkillers into rural America, in response to demand — much from it from adults who had become physically addicted. The expansion of Medicaid through the Affordable Care Act increased the percentage of Clay County residents with Medicaid and gave more of them access to free prescription drugs, including pain pills.

“Pain is big in this area,” said Daniel Gray, a pharmacist at the Family Drug Center between a Dollar General Store and a community health center in a small shopping mall.

The opioid scourge has hit rural America hardest and Clay County’s experience is a window on that harsh reality. Pain for residents comes in many forms. 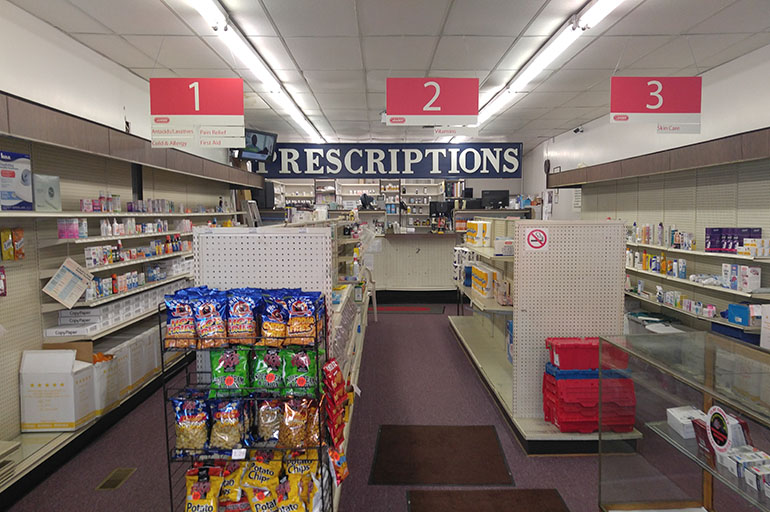 Manchester is the biggest city in the county, an area known for years as one of the nation’s unhealthiest places to live. Four in 10 residents rate their health status as being fair or poor, twice the share for the entire state population. Close to half the county is obese. The rate of diabetes is also higher than average. Eastern Kentucky has high rates of prescription drug use, not just medicine for pain, according to the state pharmacy board.

High unemployment — Clay’s 8.4 percent rate is well above both Kentucky and national averages — may contribute to the demand for painkillers. Almost 47 percent of Clay’s residents live below the poverty line and a key predictor of prescription drug abuse is social rank, said Robert Walker, a researcher at the Center on Drug and Alcohol Research at the University of Kentucky

Painkillers became more accessible through legal channels in Kentucky after eligibility for Medicaid was expanded under the Affordable Care Act in 2014. Free medications, including addictive opioid painkillers, became available to nearly 440,000 more residents who joined the Medicaid rolls. That occurred amid an epidemic of fatal overdoses involving prescription opioids in Kentucky and nationwide over the past decade. About 60 percent of Clay’s residents are on Medicaid, up from 35 percent three years ago. It is among the most highly concentrated Medicaid populations in the country. 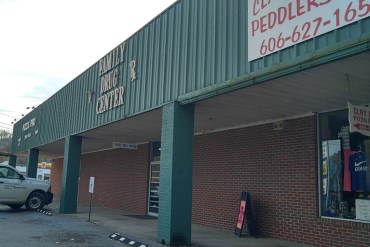 From 2009 to 2013, Clay already had the third highest rate of hospitalizations for pharmaceutical opioid overdoses among the state’s 120 counties. But use has accelerated for some drugs in the past three years, data shows. People become addicted to opioids after they buy drugs on the street or begin treatment for an injury, said Kenny Watts, manager of Kentucky Pain Management Services in Hazard, Ky., about 40 miles from Manchester.

Use of oxycodone (marketed as OxyContin), the county’s second-most prescribed opioid after hydrocodone rose the past three years while the use of controlled substances overall held steady, according to the state’s KASPER database, which tracks prescriptions of controlled substances. But taking Clay County’s relatively small population into account, the most recent report shows the rate of prescribed oxycodone doses filled per 1,000 residents there increased 11 percent in last year’s third quarter from the same 2013 period. A dose is a single pill.

In contrast, hydrocodone (its market names include Vicodin and Lortab) prescriptions in doses per 1,000 residents fell nearly 6 percent in 2016’s latest quarter from 2013. Oxycodone produces a high that makes it the preferred choice with those who abuse prescription painkillers and hydrocodone is the second most popular choice, research conducted in drug treatment programs has found.

To combat drug abuse, Kentucky in 2012 passed a law to manage sales of pain drugs. It required doctors and pharmacists to use a state database to find out if their patients were recently prescribed narcotics. Its purpose was to prevent patients from obtaining multiple prescriptions from different doctors.

The law also mandated that all pain clinics be licensed and gave law enforcement easier access to the drug monitoring database.

But doctors and pharmacists are ill-equipped to be enforcers. They say it is difficult to distinguish between use and abuse immediately and to overcome the large social forces beyond their control.

“Doctors are under tremendous pressure to prescribe and patients wear you down,” said Dr. Jeffrey Newswanger, an ER physician and Manchester Memorial Hospital’s chief medical officer, noting that when people feel hopeless and have little to do, they are more likely to seek help for what’s causing them pain. He said that patients frequently come to the ER seeking medicines.

“We see a lot of overdoses and have a tremendous drug problem in the area,” he said. “Whether there is any correlation between OD’s and the Medicaid expansion is hard to say. I think in general most abusers are getting their drugs from the street, not from prescriptions.” 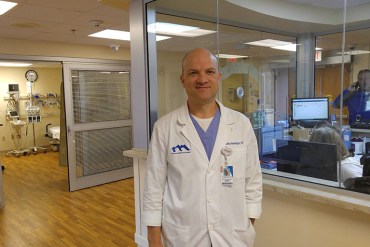 Eldon Depew, a Manchester pharmacist for 35 years who also works at a Family Drug Center, said he recognizes the opioid abuse problem, but when he’s given a valid prescription, he fills it.

Medicaid’s expansion has not created more addicts, said Steve Shannon, executive director of the Kentucky Association of Regional Programs, which represents community mental health centers that treat substance abuse. “People who were uninsured were pretty resourceful when it came to finding drugs.”

If the ACA made cheap drugs more available, it also made treatment more accessible because it required coverage of mental health and substance abuse treatment.

County Coroner Danny Finley observed that deaths from opioid overdoses have dropped steadily — from 27 in 2011 to five last year and in 2016, just four. In last year’s third quarter, the county had the state’s 13th highest rate of doses of suboxone — a combination of buprenorphine and naloxone — that is used to treat addiction, according to the KASPER database.

Yet Manchester’s closest inpatient drug treatment facility carries a waiting list of 100 people that’s grown more than 50 percent in recent years, said Tim Cesario, director of substance abuse services at the Cumberland River Comprehensive Care Center in Corbin. The facility — with 41 beds for men and 15 for women — has been at capacity for several years, he said.

He said more people in their twenties are coming for treatment compared with an age group that was likely in its thirties and forties just a few years ago.

He attributed the trends to the increased availability of pain pills, particularly from drug dealers, and has concluded the state’s Medicaid expansion was both good and bad for those fighting the opioid epidemic.

“It did enable people to get pain pills for free if they can get someone to prescribe them but it also increased their ability to get treatment because they now had a way to pay for it,” he said. “So on one hand it’s worked against us and on another, it has worked with us.”

Elizabeth Lucas contributed to this report.