A majority of the state’s voters support extending current health insurance programs to all low-income Californians, including undocumented immigrants, according to a new statewide poll released today. 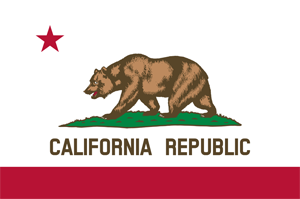 The poll was commissioned by The California Endowment, a foundation that has been actively working to expand health insurance access to all people, regardless of immigration status. The Affordable Care Act expressly bars undocumented immigrants from receiving any of its benefits, including subsidies to purchase health insurance. (Note: The California Endowment funds some of KHN’s coverage.)

In the poll, 54 percent of those surveyed said they support covering the undocumented. Support was strongest among younger voters as well as Latino and African-American respondents.

Pollsters drilled down on specific aspects of coverage. Total support for those issues was:

In conducting the poll, the California Endowment retained two polling firms, FM3, which generally handles Democratic campaigns, and GS Strategy Group, which generally handles Republican campaigns. The stated goal was to reflect the perspective of both parties. Liberal and moderates from both parties strongly supported access to preventive care and ensuring that undocumented immigrants can purchase affordable health insurance.

“Currently, health care providers are required by law to provide emergency care to all Californians, including those who are undocumented, whether or not they have health insurance coverage. The costs of this care are currently passed on to other patients and taxpayers.”

This explanation of costs seemed to have made an impact on respondents, especially when seen in light of the 86 percent support for access to preventive care. “We’ve seen this in a lot of other research,” said Dave Metz with FM3, “that voters think investments in prevention make a great deal of sense both from an economic and public health perspective, and that’s true for this policy as well.”

Respondents were also presented with statements explicitly opposed to the proposal of expanding access to health insurance, including that “undocumented immigrants are breaking the law and should not be rewarded.” Total support actually went up slightly, from 54 to 56 percent, after respondents heard the negative messages.

Daniel Zingale, senior vice president for the Endowment pointed to the strong support in young voters for expanding health programs to the undocumented. Those 18-29 showed 68 percent support and people 30-39 had 61 percent support. Zingale said there seems to be a “generational shift under way in California and attitudes around these particular questions seems to even transcend the partisan divide.”

Earlier this year, state Sen. Ricardo Lara (D-Bell Gardens) introduced SB 1005, the Health for All Act, which would have expanded Medi-Cal to undocumented immigrants and created a new insurance exchange for the undocumented to obtain subsidized insurance. The bill ultimately stalled in the senate.

Anthony Wright, executive director of Health Access, a consumer advocacy group said the poll results give “hope and momentum” to efforts to pass a bill next year. “We had a lot of energy and enthusiasm and coalition support last year, and with the findings that this is getting increasing public support, we fell like we have momentum to win this year,” he said.

Pollsters noted that they conducted an additional 154 interviews among African American voters. The purpose was to oversample and ensure a more accurate position of the group.

“There’s some perception out there that there’s an African American vs. Latino divide on this issue,” Zingale said, explaining the reason for the oversample. In the poll, 69 percent of Latinos support expanding access to undocumented, and 68 percent of African Americans support the proposal.

“We’re pleased to see in this survey,” Zingale said, “there seems to be zero evidence” of such a divide.

The poll was a survey of 800 registered California voters. Interviews were conducted in English and Spanish on landlines and wireless phones. Phone calls were made August 24-31.