SACRAMENTO, Calif. — Until last year, Jackie Coleman was a disability rights lawyer — a good one, too.

“I was an excellent attorney,” recalled the 63-year-old Rancho Cordova, Calif., resident who loved her job and was proud of the work she did.

But a little over a year ago, she started to forget appointments and details from meetings, and began to depend heavily on her secretary. Then she started making mistakes. Ultimately, one got her fired.

Coleman, dressed in purple — the official color of the Alzheimer’s advocacy movement — recounted those awful days while attending an Alzheimer’s panel discussion last week at the California Museum, near the state Capitol. A small, soft-spoken woman with shoulder-length hair and round glasses, she attended with her more talkative friend and roommate, Joyce Irwin, 60.

The women said they’d cared for each other for the past three years. Irwin, a three-time cancer survivor, said her late husband had dementia and mother likely did, too, though she wasn’t diagnosed back then. 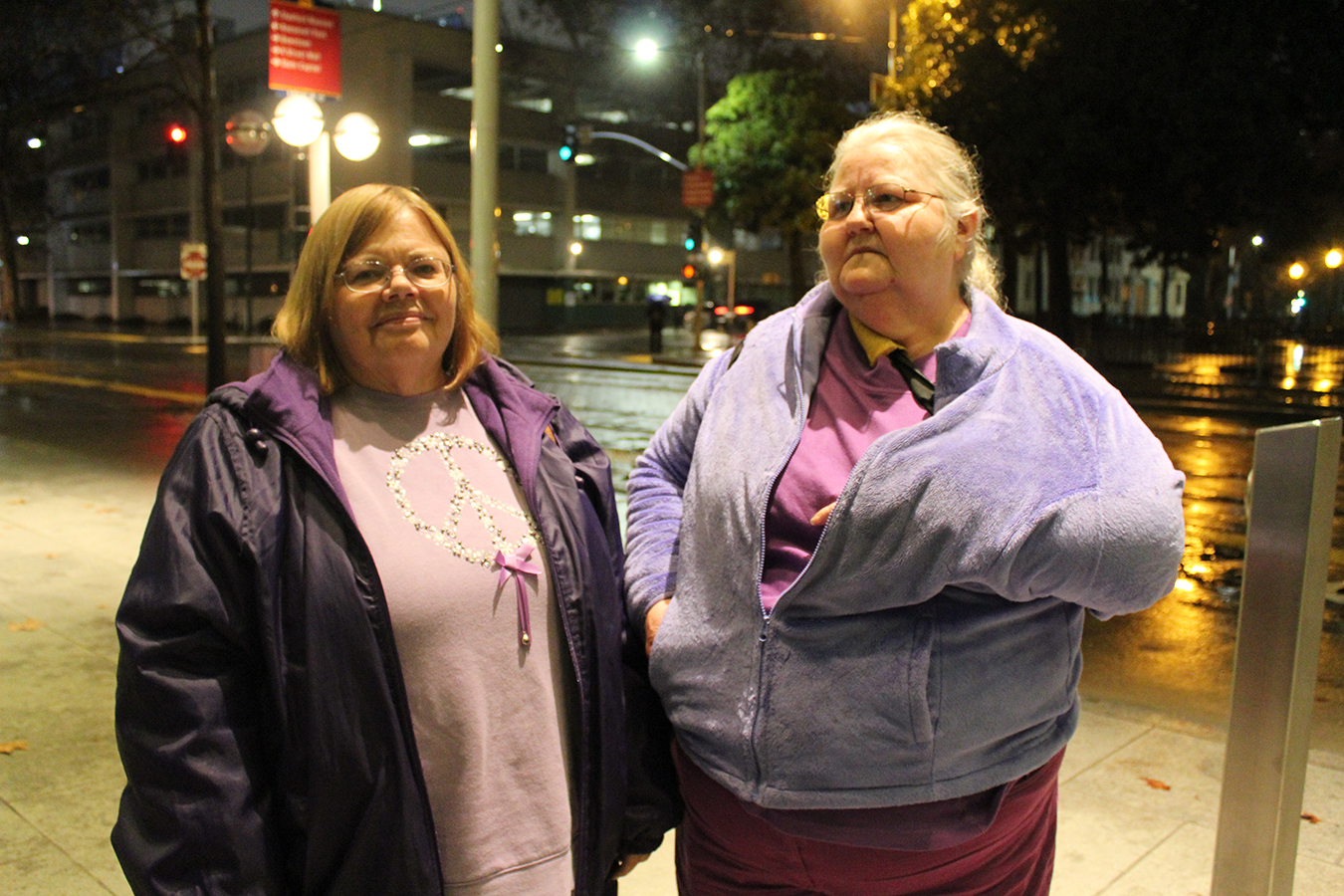 Jackie Coleman (left), 63, says she lost her job as an attorney last year after making mistakes and forgetting details. Two weeks later, she discovered she had early onset Alzheimer’s. She receives support from her roommate, Joyce Irwin (right). (Ana B. Ibarra/KHN)

Sponsored by Northern California and Northern Nevada Chapter of the Alzheimer’s Association, the event was part of an initiative to highlight the disease’s impact on women, who account for two-thirds of people living with Alzheimer’s and two-thirds of those caring for them.

About 630,000 people have Alzheimer’s disease in California, and women in their 60s have a 1 in 6 chance of developing the disease — almost twice as high as the risk of developing breast cancer.

Before the formal discussion got started, one of the speakers, Pam Montana, told a reporter a story not unlike Coleman’s: She had been a sales director at Intel Corp. before being forced to retire early because she couldn’t keep up with workplace demands.

Despite her Alzheimer’s diagnosis in 2016, she’s upbeat and funny — not “your grandma in a wheelchair” that some people associate with the disease, she said. The lively 62-year-old sometimes introduces herself by joking that she’s not Hannah’s mom — a reference to the once-popular Disney show “Hannah Montana.” Sporting a stylish bob and an elegant black dress with white stripes, she confided that her disease has done nothing to keep her away from Nordstrom. 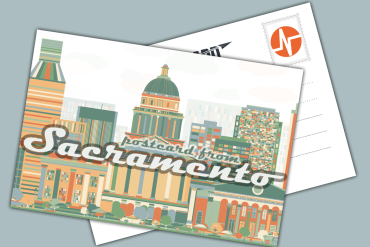 She acknowledged some hard times. She cries and becomes frustrated easily. She no longer drives at night, and during the day she only goes to places she knows, because navigation apps are too confusing, she said.

Between visits to the neurologist and numerous cognitive tests, it took about two years for Montana to get a proper diagnosis. “It was so stressful waiting to hear the diagnosis, [but] as hard as it was to hear the words, I was grateful to have an answer,” she said.

A day afterward, she decided to join the advocacy team at the Alzheimer’s Association and share her story — while she still could.

“I’ve never been more powerful than now,” Montana said. Inspired by the #MeToo movement that encourages women to speak out about sexual harassment, Montana wants to start a social media movement with the hashtag #IHaveAlz, to help eliminate the shame that sometimes comes with the disease, she said.

Once the event started, panelist Kaci Fairchild, a psychologist and professor at Stanford University, told the audience of about 50 about the importance of exercise — for the body and the brain. She also urged everyone to become familiar with the 10 early warning signs of Alzheimer’s, which include poor judgment, personality changes and withdrawal from social activities.

Knowing these symptoms and getting an early diagnosis can buy families some time, Fairchild said.

Panel moderator Liz Hernandez, a former correspondent for NBC’s “Access Hollywood,” said that had she recognized the signs of Alzheimer’s sooner in her mom, she could have received care and resources earlier. Hernandez urged the mixed-age audience to have conversations with their loved ones about the type of care they would want if they were to be diagnosed. 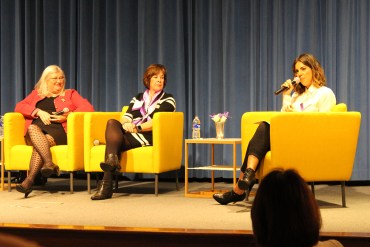 Panelists (L-R) Heather Young, the founding dean at the University of California-Davis’ School of Nursing; Pam Montana, an Alzheimer’s patient and advocate; and Liz Hernandez, an entertainment journalist and advocate, discuss research, caregiving and early signs of the disease during an event Monday in Sacramento, Calif. (Ana B. Ibarra/KHN)

“These conversations are heartbreaking but they have to be had,” Hernandez said.

In Latino culture, for example, “it is really hard to talk about money, but we have to ask our parents if they’ve set aside money for care because it is very expensive,” she said.

Montana and Coleman are still independent, and they have made lifestyle changes. They eat healthier, exercise more frequently and engage in activities that stimulate their brains.

Coleman said she has gradually become more involved with the Alzheimer’s Association, participating in volunteer activities. That’s how she learned about the panel. To stay sharp,  she works on puzzles and sticks reminder notes in spots around the house. She still is able to drive — a good thing, because one of Irwin’s arms is in a sling right now. Irwin pitches in by handling the driving directions.

Montana keeps a journal and writes a blog. Her doctor had so many suggestions — practice yoga, hit the gym, learn a new language — that it was almost overwhelming.

Montana finally asked her which was the most important.

“My doctor told me, ‘Do what makes you happy,’” she recalled during the panel, her eyes tearing up. “And that’s what I would tell others. Don’t look at a list. Do what works for you.”