A year ago, Bernard Belisle was in a bad way. Pain throbbed in his legs all day, every day, and he was angry and irritable much of the time. 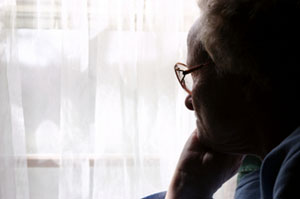 Then, he enrolled in a novel study on preventing depression in older adults at the University of Pittsburgh Medical Center. Belisle says the move has changed his life.

While this 73-year-old still has pain, he’s less oppressed by it after four months of therapy that taught him new ways to adapt to his osteoarthritis.

“My pain is still there, but I can manage it better and I have a much more positive attitude,” says Belisle, whose emotional response to his chronic pain had put him at risk of becoming depressed. “If I feel I’m becoming upset these days, I stop and go on to something else,” he said. “I take more breaks, and I don’t take on more than I can handle.”

The Pittsburgh investigation is the largest effort to explore whether helping older adults cope with their illnesses can forestall major depression, an under-recognized and undertreated mental health problem that often has a dramatic impact on seniors’ overall health.

“It’s a vicious cycle: Pain can make people feel hopeless and helpless, which leads to depression, which can lead to [fitness] deconditioning, fatigue, worse sleep at night, which then amplifies pain and just perpetuates the cycle,” said Jordan Karp, who is heading up part of the study.

The Centers for Disease Control and Prevention estimates that up to 5 percent of Americans age 65 and older living in community settings have major depression, which can result in acute psychological anguish, disability, suicide and early death. Rates for seniors who are hospitalized or living in nursing homes are much higher, 25 to 40 percent.

“Depression disables everyone, but all too often it kills older people,” said Barry Lebowitz, a professor of psychiatry at the University of California at San Diego. Overall, the risk of an earlier-than-expected death is almost doubled in seniors with major depression, research indicates.

It’s the most common serious mental illness among older adults with traditional Medicare coverage, and it frequently complicates care for the sickest, most-expensive patients — those with three or more chronic illnesses, who account for more than 80 percent of Medicare spending.

A growing body of research suggests that older adults with depression have an almost two-fold greater risk of developing Alzheimer’s disease, a condition poised to affect 9.1 million elderly Americans by 2040 and cost up to $511 billion annually.

“Depression is toxic to the brain,” said Charles Reynolds III, a geriatric psychiatrist heading up the Pittsburgh study that helped Belisle.

He added that additional health risks arise from the hopelessness or apathy that often accompanies this condition; these feelings can cause seniors to forgo taking medications as advised or following other medical recommendations. That’s also a problem with minor depression, which has fewer symptoms and more limited effects but afflicts two to three times as many older adults.

Among the results of depression: poorer health and inflated medical expenses. Researchers from the University of Washington School of Medicine, for instance, found that yearly medical costs for Medicare members who had depression, diabetes and congestive heart failure exceeded $20,000, compared with almost $12,000 for seniors who had diabetes and heart failure but weren’t depressed.

Can offering support to at-risk older adults — those with chronic illnesses, pain and cognitive problems, as well as those who are frail, socially isolated, disabled and emotionally vulnerable — improve care for seniors and prevent this cascade of negative consequences?

There’s been little research on whether preventing mental illness in older adults is possible, but some promising evidence comes from a 2008 analysis by a team from the Netherlands. The analysis combined results from 19 studies and found that various interventions reduced the incidence of depression by 22 percent. Other reports suggest that even greater reductions are possible, but it’s unclear how long the impact of preventive measures can persist and what kind of follow-up is necessary.

The most significant barrier to preventive care addressing mental health concerns is a lack of Medicare coverage. Although the government program now covers depression screening for seniors, it doesn’t pay for psychological treatments for people who may be vulnerable but don’t yet have a mental health diagnosis.

That may change under the national health care overhaul as new models of care, such as accountable care organizations, receive financial incentives to guard the health of their patients, including older adults on Medicare.

But first, research needs to establish a stronger evidence base for the value of interventions aimed at promoting health and preventing serious illness. And that’s where the project at the University of Pittsburgh comes in.

“Our goal is to teach people ways to regulate their mood, protect themselves from downward emotional spirals and counteract the learned helplessness at the core of depression,” said Reynolds, who is also director of the university’s Aging Institute.

The Pittsburgh study is a five-year endeavor, which started in 2011. It focuses on three groups of seniors known to be especially vulnerable to developing depression: those with mild cognitive impairment, those with osteoarthritis of the knee and those who are frail and in need of social and medical assistance.

Two hundred seniors are being randomly assigned to receive prevention-oriented interventions and will get about 12 sessions of different kinds of behavioral therapy, with booster sessions provided at regular intervals. Researchers will then follow patients for a year to track how many get depression diagnoses.

Another 200 seniors in control groups for the three arms of the study will receive patient education only and then quarterly assessments of their mood, physical functioning and cognition.

Skip Alberts, now 67, and his wife, Sharon, 62, of Pittsburgh, enrolled in the study last year — after he was given a diagnosis of a mild cognitive impairment — and were assigned to problem-solving therapy, a highly structured process that teaches people how to identify unresolved issues in their daily lives and find concrete solutions.

For instance, there was tension between the two over how much Skip helped out at home. Skip realized Sharon wanted him to give her a hand an hour or two a week; once that was clear, he had no problem agreeing to do so. That small change was a tension-reducer for the couple, and brought them closer.

Initially skeptical, Skip recently said he found being in the study “was helpful because we found out how each one of us problem-solved, and we had to compromise.”

“He’s incremental and I’m a blockbuster — I want things to be done right away,” chimed in Sharon, who is learning how help her husband cope with situations that might otherwise frustrate him.

Through the therapy, Skip realized he had to open up with his wife about things that were on his mind. “I was brought up as a Catholic, with guilt all around and a feeling that I had to hold everything inside,” he admitted. “Now, I tell her everything.” In turn, that has relieved a sense of isolation and feelings of not being understood that were building up inside him.

Seniors in the osteoarthritis arm of the project are getting a slightly different intervention that incorporates cognitive behavioral therapy because the perception of pain is often intimately linked to psychological distress. They are also receiving therapy to address sleep problems.

“I learned how to bring my pain under control using my mind as opposed to pills and such,” said Belisle, of Moon Township, Penn., who has knee arthritis and gout. He rates his daily pain at 5 on a 10-point scale. Until he received help from the Pittsburgh program last summer, he said, he’d never dreamed of getting any kind of therapy.

“Good grief, no, I didn’t need that. I was self-sufficient and an ex-Marine who knew everything,” he said. “I didn’t understand before that when all these negative thoughts clutter your brain, you can’t manage your pain or any of your other problems as well. I tell you, I learned a heck of a lot.”

Pittsburgh Researchers Look For Ways To Prevent Depression In Seniors