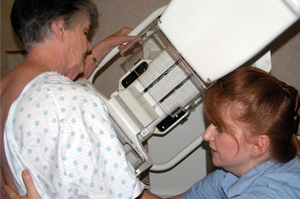 The panel’s recommendations on screenings, such as mammography, and other preventive care will determine which services are covered fully by insurance.

For years, an obscure federal task force sifted through medical literature ranging from colonoscopies to fluoride treatment, ferreting out the best evidence for doctors to use in caring for their patients. But now its recommendations have new financial implications, raising the stakes for patients, physicians and others in the health care industry.

Under the new health care overhaul law, insurers will be required to pay fully for services that get an “A” or “B” recommendation from the U.S. Preventive Services Task Force, a volunteer group made up of primary care and public health experts. That’s good news for patients, who will no longer face cost-sharing for these services, but it puts the group in the crosshairs of lobbyists and disease advocates eager to see their top priorities  including routine screening for Alzheimer’s disease, domestic violence, diabetes or HIV  become covered services.

On Wednesday, First Lady Michelle Obama; Jill Biden, the wife of Vice President Joseph R. Biden Jr., and Health and Human Services Secretary Kathleen Sebelius discussed the importance of preventive care at a ceremony to unveil regulations for implementing the provisions, which also include coverage of additional services for women and children.

“Too many Americans don’t get the preventive care they need to stay healthy and keep health care costs down for all of us,” Sebelius said. “Our challenge is to remove the barriers.”

The preventive-services task force will be used as a guide in the effort. Founded in 1984, it has 16 members-many of whom are doctors. It doesn’t include specialists out of concerns about potential conflicts of interest. The group meets three times a year, and is staffed by officials at the Agency for Healthcare Research and Quality.

Under the new law, the task force could become a political lightning rod. If it doesn’t recommend a service, insurers might not pay for it, and advocates might argue the decision is a barrier to care. If the panel does back a service  such as it did earlier this month when it suggested wider screening for osteoporosis  it might increase patients’ access, as well as create new business opportunities.

The increased interest of advocates may conflict with the task force’s tradition of scholarly dedication to the science. “If you want to be evidence-based, lobbying just doesn’t fit,” said Dr. Ned Calonge, the panel’s chairman and the chief medical officer of the Colorado Department of Public Health and the Environment.

“My charge to members would be to stay true to the methods and the evidence,” he said.

But, sticking to the science hasn’t always been popular. The task force set off a political firestorm in November when — seemingly oblivious to the political issues swirling around the health care debate  it said women should wait until 50, rather than 40, to begin getting routine mammograms.

Critics pounced on the proposal, saying the government would engage in health care rationing. Breast cancer activists also protested the change. The result: Sen. Barbara Mikulski, D-Md., inserted an amendment in the health care law to explicitly cover regular mammograms for women between 40 and 50.

Groups including the American Diabetes Association and General Electric, which manufactures equipment for mammography, also lobbied Congress for changes in the way the task force does business. The diabetes group won, for instance, a requirement in the law that the task force include in its reviews of evidence the guidelines drafted by specialty groups, language intended to help preserve diabetes coverage.

In response to the backlash over the mammography recommendation and other calls for transparency, the task force recently began accepting public comment before finalizing its recommendations. The comments may provide one tool for “people who are eager to figure out ways to influence the task force,” said Paul Bonta, associate executive director of the American College of Preventive Medicine.

Calonge said the task force was “willing to take on such challenges as increased scrutiny may bring forward.” He said that while the panel wouldn’t change its recommendations just because of criticism, it would also not be “immune” to input that might add perspective to recommendations. But, he added, “the science needs to come first.”

In the meantime, several disease groups are going directly to HHS to make their cases.

The diabetes association, for instance, is arguing to the department that the current task force guidelines  which call for screening for diabetes only when a patient has elevated blood pressure — could become a barrier to care if insurers aren’t required to provide even broader coverage. Lobbyist Tekisha Everette called the guideline “a shark in the water” and said her group is pressing to broaden coverage for screening.

The HIV Medicine Association is making a similar argument. A two-page memo it delivered to the staff of the preventive services task force explains that one reason 20 percent of people with HIV don’t know they are infected is that the service isn’t reimbursed by most insurers. The task force could help with that problem, the memo said, by recommending routine screening, which insurers would have to cover. Currently the task force recommends tests only for people who are at risk.

“It’s not meant to be a political process, and most of us respect that,” said Andrea Weddle, executive director or the HIV Medicine Association. “But our feeling is the evidence is there for routine screening.”

Calonge said his panel’s recommendation would only be used to set minimum coverage requirements, and that insurers are free to cover additional services. The panel revisits its recommendations every five years, so the list of covered services could grow.

Many commercial insurers already cover preventive services without cost sharing, often based on the task force’s advice, said Robert Zirkelbach, a spokesman for America’s Health Insurance Plans, a trade group based in Washington. “There’s broad recognition that prevention is essential if we’re going to put our health care system on the right path,” he said.

Health department officials expect the provision will increase insurance premiums by about 1.5 percent, according to the regulations released Wednesday. The requirements would not apply to some existing employer-based plans that that are exempted from many requirements of the health law.

Dr. Steven Woolf, a former member of the task force, said he believed the panel could resist pressure from industry groups, advocates or political players to go beyond the evidence. The mammogram controversy was only the latest incident in a long history of political tension, he said.

“This is a group that has a lot of battle scars from protecting its independence,” he said.