All adults should be screened for obesity, and those found to be obese should be offered at least 12 weeks of intensive counseling about lifestyle changes, the U.S. Preventive Services Task Force said in a statement published Monday in the Annals of Internal Medicine. 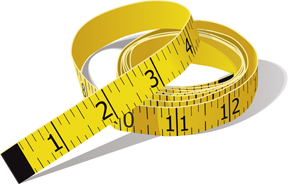 The recommendation is likely to accelerate insurance companies’ coverage of weight loss programs for obese adults – those with a body mass index  (a ratio of height to weight) of 30 or higher, experts said.

The Preventive Services Task Force, an independent group of experts that evaluates evidence supporting preventive medical services, first endorsed obesity screening in 2003.  What’s new is its finding that weight loss programs are effective if they last at least three months and include multiple strategies such as counseling about behavior change, nutrition and physical activity.

“If anything, the recommendations have been strengthened,” said Dr. David Grossman, a spokesman for the task force and senior investigator for preventive care at Group Health Research Institute.

Previously, the task force didn’t specify characteristics of programs that have a positive impact in controlling obesity.

“Having this guidance is really important, and my hope is that it will push forward greater reimbursement of these programs,” said Dr. Donald Lloyd-Jones, chair of preventive medicine at Northwestern University’s Feinberg School of Medicine in Chicago. Insurance companies differ in obesity-related policies and “often it’s hit or miss what they’ll pay for,” Lloyd-Jones added.

The Accountable Care Act requires that insurers cover preventive services endorsed by the Task Force – those with a grade of “A” or “B” — without charging co-payments or deductibles.  The new obesity recommendation carries a grade of “B.”

In its review of 58 weight-loss trials, the task force found that participants in programs lasting at least 12 weeks lost 8.8 to 15.4 pounds, or 6 percent of their baseline weight, on average.  Weight loss of 5 percent or more is considered “clinically important,” its statement notes.

The use of weight loss medications was not endorsed by the task force, because “we couldn’t find any evidence of studies that show patients’ success in maintaining weight loss after stopping the medication,” Grossman said.  Weight loss surgeries were not evaluated and screening for patients who are overweight but not obese was not recommended.

In a separate statement, the task force found weak support for counseling adults about how to prevent heart disease and strokes, two of America’s major killers.  This report applies only to patients without a history of cardiovascular disease or serious risk factors for these illnesses.

The task force previously examined counseling about healthy diets and physical activity separately.  The new statement on heart disease and stroke combines these activities and assigns a “C” grade to the recommendation that counseling be offered, based on individual patient’s circumstances and preferences.

“We recognize that leading a healthy lifestyle is critical to the prevention of cardiovascular disease and that reinforcing the importance of physical activity and a healthy diet in conversations with patients is valuable,” Grossman said.   “What we’re saying here is that primary care doctors can be selective in deciding which patients should be offered intensive counseling.”

“It’s almost a religious mantra that doctors are supposed to talk to patients about diet and exercise.   Now, the task force says they can’t document an impact for healthy patients, given the research that’s  available,” said Dr. Richard Stein, a spokesman for the American Heart Association and professor of medicine at New York University School of Medicine. “It doesn’t mean we’ll stop giving this kind of advice, but maybe we’ll spend less time doing so and focus more on other things that are more clinically important.”