The industry of private Medicare health plans is continuing to grow, despite steep cuts enacted in the 2010 federal health law, according to a report released Friday by the Kaiser Family Foundation (KHN is an editorially-independent program of the foundation).  Nearly 12 million of the nation’s 47 million Medicare enrollees are now in private plans, up from 11 million last year. 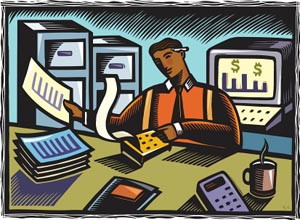 The health law chopped $136 billion over ten years from the budget for private plans, known as Medicare Advantage plans, freezing rates in 2011 at 2010 levels. In April 2010, after the law passed, the chief actuary for the Centers for Medicare & Medicaid Services predicted enrollment in the private plans would drop to about 7.4 million by 2017 as the cuts unfold.

“If in fact the [health law] is going to lead to a dramatic cut back in Medicare Advantage, it’s not happening yet,” said Marsha Gold, a senior fellow at the research firm Mathematica and the lead author of the report. “But, the verdict is still out.”

Medicare, the federal health program for seniors and disabled people, has traditionally paid doctors, hospitals and other providers directly for caring for enrollees. But, since the late 1990s, Medicare patients have had the option of enrolling in the private plans, which receive a lump, monthly sum from the government for providing care for members. The costs per beneficiary for Medicare Advantage are higher than the costs of traditional Medicare.

Eschewing those higher rates, Democrats targeted the Medicare Advantage program during the health law debate. Traditional “Medicare does just as good, if not better, at keeping people healthy,” said President Obama in the fall of 2009 as the health law circulated in Congress.

Even with the cuts, the amount of money that flows to Medicare plans is significant. A single Medicare enrollee draws about $910 a month for private plans, according to Barlcays Capital analyst Joshua Raskin. Plans expect to earn about $41 a month per member, after paying medical expenses. That’s more than double the average earnings from commercially insured members, according to Raskin’s analysis.

Raskin said in a recent interview that he expects plans to continue to remain profitable and grow, despite the cuts, albeit more slowly than they would have without the health law.

The cuts have also been assuaged by another health law change. The law promised bonus payments to plans with good performance based on a five-star rating system used by the Medicare agency, the report said. Regulators increased the bonuses last year, further offsetting the cuts. A health plan executive told the report authors, “Unless some executive is asleep at the switchboard, I think everyone is paying attention to quality ratings and bonus payments.”

The Medicare agency bumped up the payments because “they were worried we were going to see an exodus from the program, and they didn’t want that kind of disruption,” said John Gorman, of the Gorman Health Group, a consulting firm that advises Medicare Advantage plans.

But, with the carrot, came a harsh stick, he said. The agency is not entirely back-tracking the health law’s move to curb Medicare Advantage plans. In a February letter to private plans, Medicare officials wrote that organizations that fail to meet the 3-out-of-5 star requirement for the bonuses “should expect Medicare to initiate action to terminate their contracts.”