Pardit Pri had insurance until she decided to quit her job as a legal administrative assistant and stay home with her newborn son 20 months ago. And she expected to have it again. But it didn’t work out that way.

“I thought, kind of, ‘OK, fingers crossed. Nothing will happen during that time,'” she says as she plays with her son in their Orange County, California apartment. She planned to return to work when her son was about eight months old.  “I thought that the best way to get insurance was through an employer.” 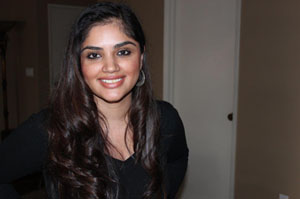 What she found instead was an economy still sputtering toward recovery, and employers willing to hire workers on a contract basis with no benefits. As a result, the 29-year-old Pri has been without insurance for nearly two years. Her partner, who runs a local pharmacy, provides insurance for their son. But she and her seven-year-old daughter from a previous relationship have no health coverage.

They are part of the legions of the uninsured, including 5 million in California alone, roughly 20 percent of the state’s population. The Kaiser Family Foundation recently surveyed 2,000 of California’s uninsured on the eve of the opening of health care exchanges that were created by the ACA and plans to follow the group over the next two years. (Kaiser Health News is an editorially independent program of the Kaiser Family Foundation.)

Recently her daughter asked Pri about school activities. “She asked me the other day, ‘ I thought I was supposed to be in tennis?’ And I’m like, ‘Uh oh. There’s no insurance yet’…They won’t let you play sports unless you have proper insurance.”

Even though she and her daughter are healthy, the fact that they don’t have health coverage is always in the back of her mind: What if there’s a car accident? Or she catches pneumonia? These are poor people’s problems, Pri once thought —not the problems of a solidly middle-class family aiming for success.

“If I ever mention it to someone,” she says, “which I wouldn’t want to hide, they’d be like, ‘Oh, ok. Well, what kind of a job does she have where she’s not able to get health insurance?’”

Pri says she would like to look into shopping for insurance on the health care exchange, and she has a vague notion that under the Affordable Care Act she will have to buy health coverage soon or pay a fine. But she’s concerned about the costs. And as of late September, she hadn’t seen ads yet or even heard of  Covered California, the state’s online insurance marketplace created by the health law.

A crucial question for Pri and many uninsured people is: What’s affordable coverage?

“If you can get insurance for $95, $100 [a month], it’s worth it. I’d rather get the insurance than be fined. But if the insurance is like $400, I might just think about getting fined then,” she said. “Right now it feels like a lose-lose situation for me.”

In fact, based on what she thinks she will earn in 2014, just under $40,000 a year, and the subsidy she might qualify for, a fairly minimal plan for her and her daughter starts at about $260 a month, but with lots of out-of-pocket costs.

One of the uncertainties for people like Pri is that her income will likely fluctuate over the coming year. That means how much she has to pay for health insurance—and how big or small of a government subsidy she’ll receive—is hard to predict. If she pays too much, she could receive a refund when she files her taxes for 2014.

The process seems a little dizzying, and the dawning awareness of the law’s intricacies and monthly costs raise Pri’s anxiety about the new requirements.

Hopefully, she says, “I’ll figure it out before January 1.”

That’s when the ACA’s requirement that almost everyone have health insurance kicks in.

This story was produced in collaboration with NPR.

Back To Work After A Baby — But Without Insurance This Time