This story also ran on Modern Healthcare. This story can be republished for free (details).

Rachel Glenn loves to puree food and put it in her 4-year-old’s feeding tube. The Arkansas mom said her thick concoctions of fruit, vegetables, meat and grains provide the concentrated nutrition he needs.

When he was on formula, Asher, who can’t swallow due to a brainstem condition, vomited several times a day. Since his mom started making his meals in a blender, when he was about 15 months old, that has stopped and Asher has more energy. Plus: “He gets his two cups of greens a day and he doesn’t argue about it.”

So Glenn was upset to learn about a new type of connector being promoted for feeding-tube equipment that could prevent her son from consuming her home-blended food. It has a one-size-fits-all opening that’s much narrower than the holes on syringes she currently uses to push food through the feeding tube implanted in his abdomen. 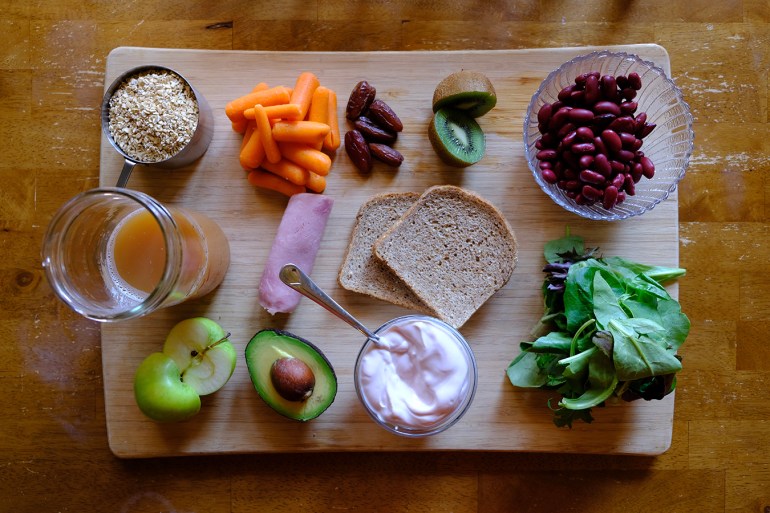 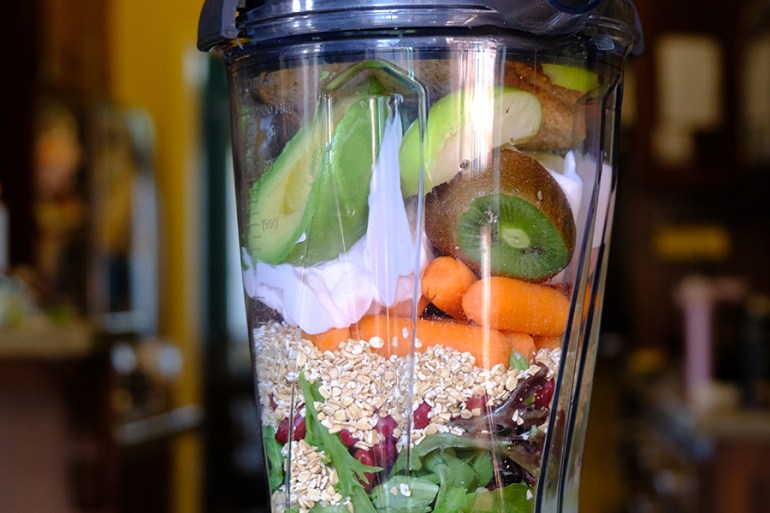 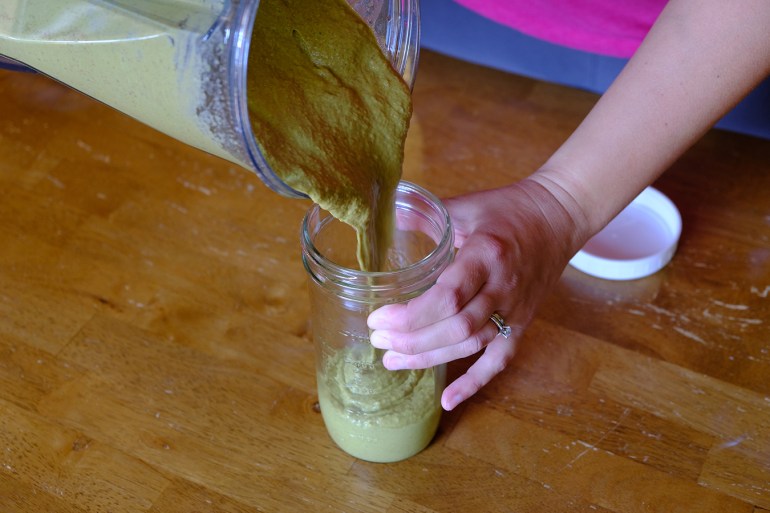 Since Rachel Glenn started making meals in a blender for 4-year-old son Asher, when he was about 15 months old, he has stopped vomiting throughout the day and has more energy. Asher cannot swallow due to a brainstem condition. (Courtesy of Rachel Glenn) 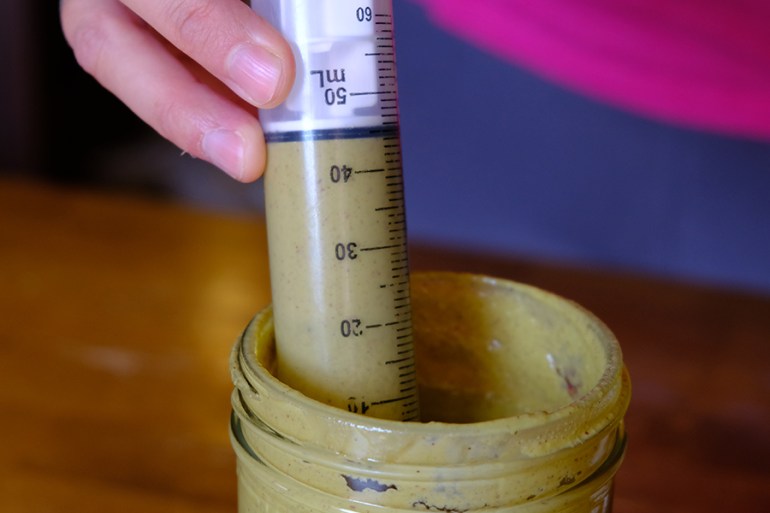 When Glenn and her husband tried using a syringe tipped with one of the new plastic connectors, called ENFit, they could barely get Asher’s food to budge. She worries her son’s health will suffer if manufacturers start putting ENFit connectors on all feeding devices.

“We feel being forced back onto formula is unfair to him,” said Glenn. “I don’t see any evidence that they have taken the needs of actual tube-feeding families into consideration.”

As the new connector standard intended to prevent deadly errors in hospitals has been introduced in the niche device industry, patients and their families who use feeding tubes long term at home say their concerns have been largely ignored. The ability to consume normal food and control their nutrition is a precious benefit they fear could vanish.

ENFit sprung from an industry effort backed by patient safety groups and the Food and Drug Administration to create a global system of connectors that would prevent devices with different functions from being linked. 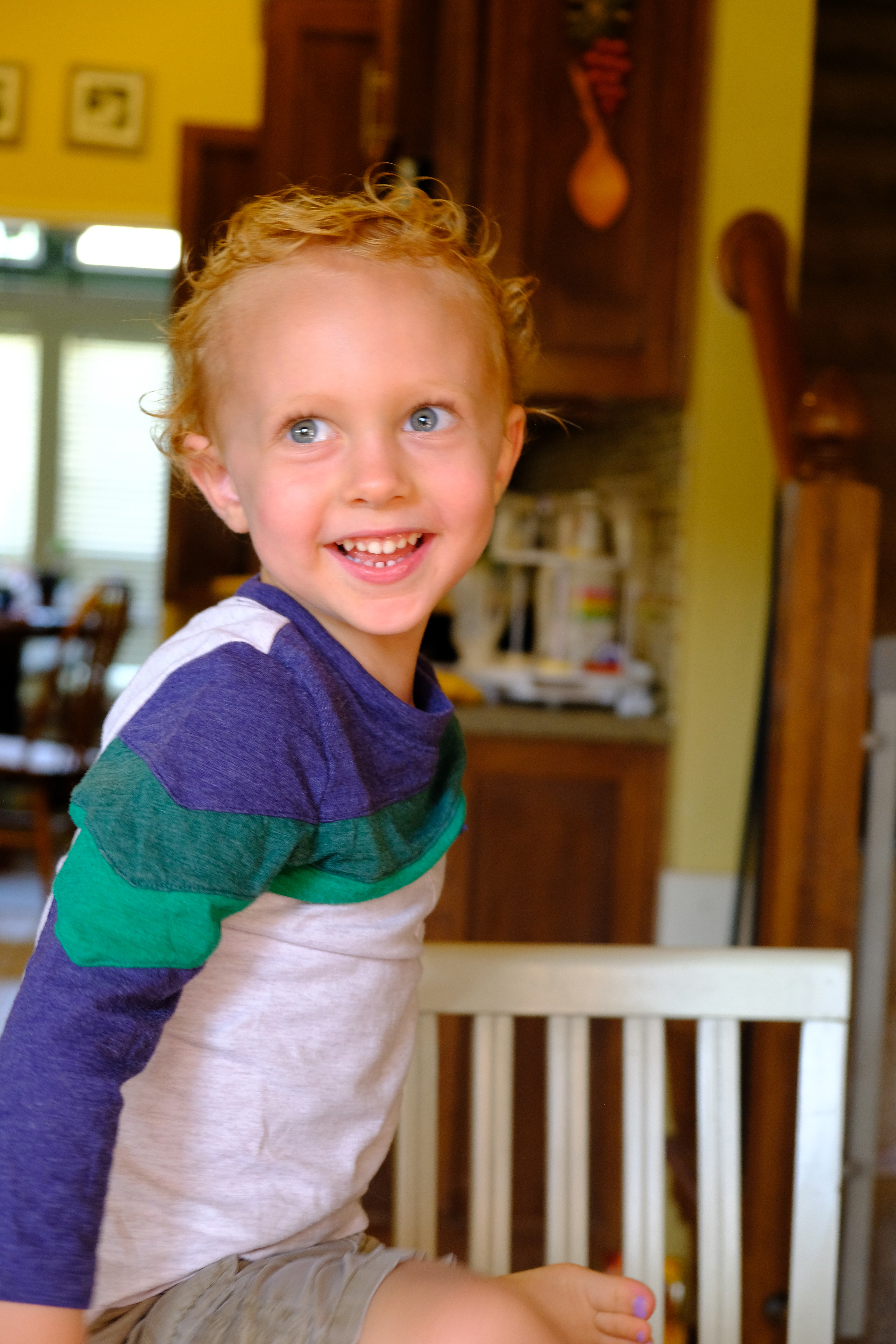 “We feel being forced back onto formula is unfair to him,” says Glenn of her young son. “I don’t see any evidence that they have taken the needs of actual tube-feeding families into consideration.” (Courtesy of Rachel Glenn)

Both the Joint Commission, which accredits hospitals, and the World Health Organization flagged such misconnections as a risk more than a decade ago. In 2010, The New York Times drew attention to the issue with a case of a pregnant woman who died after a bag of formula was connected to her IV port.

An industry committee, led by an FDA official, convened to set a standard for feeding-tube connectors. Some manufacturers began investing in production and marketing years before the standard was approved in 2016.

At some point, “the ‘P’ that stood for patient safety that should have been in the center of decision-making was changed for a ‘P’ that stood for profit,” said Maureen Burger, chief nursing officer at Visante, a pharmacy consulting firm based in St. Paul, Minn. Her firm has served as a consultant for Becton Dickinson and Co., a leading syringe maker.

ENFit syringes have an empty space at the tip where medication and food can get trapped, potentially leading to bacterial contamination as well as dosing inaccuracy that can be especially hazardous for tiny infants. One study found ENFit syringes delivered the wrong dose about a fifth of the time.

Babies with neonatal abstinence syndrome are weaned off drugs — often with morphine every three hours for 30 days, said Keliana O’Mara, a pharmacist at the University of Florida Health Shands Hospital in Gainesville, Fla., who co-authored the study. “That’s 240 chances to have a problem with dosing accuracy.”

That hasn’t stopped a trade group from pushing hospitals to convert all their equipment — including the feeding tubes implanted in patients as well as tubes and syringes used to deliver food and medicine — to ENFit. In July, the Global Enteral Device Supplier Association startled many people by announcing that its member manufacturers would begin phasing out non-ENFit products next year.

In response to questions, association Executive Director Michael Cusack referred to a document on the organization’s “Stay Connected” website that says there have been “no reported misconnections, dosing concerns, or major transition problems” with ENFit in the United Kingdom, where adoption has been widespread.

While the entrance of new connectors is causing distress for home users — who call themselves “tubies” — some experts say it has not done much of anything to address the problem it was supposed to resolve.

“It was poorly designed, it was poorly thought out, and it doesn’t get at the root of the misconnections,” said Shelley Buma, who owns a medical device design firm in Massachusetts.

While the suppliers association highlights tragic cases of patients hurt or killed by misconnections, some of its critics say ENFit doesn’t fix any misconnection hazards. They say it would not have prevented any of 23 feeding-tube misconnection events reported to the FDA between 2005 and 2016.

“That’s really a point of outrage for me,” Buma said.

By the time the design was approved, misconnection risks with feeding tubes had largely been mitigated, at least in the U.S., said Buma.

What’s more, she added, ENFit’s design created unnecessary challenges for the growing population of tubies, many of whom use funnel connectors and catheter tip syringes with wide openings that she said have no risk of misconnection with other devices.

Beyond problems with blended food, tubies complain of slower flow rates for formula, the clogging of medication and a screw-on design that’s a barrier for people with limited use of their hands, such as those with arthritis.

The Push To Switch

The suppliers association has petitioned for the FDA, the Centers for Medicare & Medicaid Services and the Joint Commission to take steps that would compel universal adoption. So far, that hasn’t happened.

While there’s no mandate, some hospitals came to believe a shift to ENFit was inevitable. “The message most people got was, ‘You have to convert because it’s going to be required in the future,’” said O’Mara, whose own hospital system aborted a switch to ENFit last year after taking a closer look at the effect on patient care.

And reluctance to make the change appears to be widespread. A suppliers association survey in 2018 showed 28% of U.S. hospitals had transitioned to ENFit, though some industry experts said they believe the adoption rate is lower.

Some manufacturers also have resisted a switch to ENFit. Becton Dickinson left the supplier association in 2015 citing ENFit dosing safety. The company said it’s developing an alternative design that will be available to all manufacturers and will comply with the standard without a misdosing risk.

Still, the push for ENFit has left some tubies feeling burned. They are angry that formula makers such as Nestle and Abbott Laboratories served on the standards committee and joined the suppliers association, though it is unclear whether those companies held sway in selecting a design that ultimately appears to serve their interests.

Nestle and Abbott declined to comment on their involvement.

Tubies worry their trusty devices could disappear, forcing them to rely on commercial formula that is costlier and, some believe, less nutritious than regular food.

“It’s my great concern that as more and more unknowing tubies are supplied with ENFit, the demand for legacy products will be diminished,” said David Rowland, an 80-year-old South Carolina resident who co-founded a group called Tubies Against ENFit.

Some, like the Glenn family, say they are hoarding supplies, just in case.