During the recent debate in Washington, D.C. over whether to let to local competing hospital systems build rival proton therapy centers, an interesting question was raised: Why not work together? 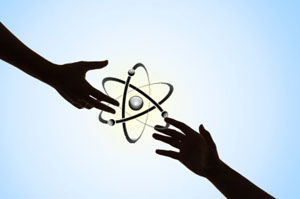 “I get asked one question that I’ve not been able to answer, and that is why don’t the hospitals work together and invest together and have these types of services that would serve a lot of the hospitals,” says Amha Selassie, the director of the city Department of Health’s State Health Planning and Development Agency during one of the hearings on the proton therapy centers. “Especially the District of Columbia where the distances between the facilities are not that much and that the patient population is smaller than it is in many states and the physicians know each other and the administrators know each other.”

It turns out, Selassie is on to something. That’s exactly what is happening in New York City.

Back in 2010, the New York State Hospital Review and Planning Council, a health department agency that grants hospitals the right to build new buildings and services, started receiving inquiries from various groups interested in building proton therapy centers in the city, at a cost of $100 million to $200 million each.  The council knew that the science on proton therapy, a high-tech radiation treatment for cancer, was questionable. It costs nearly twice as much as standard photon radiation and yet has not been shown to provide superior care for the vast majority of patients.

But in the fiercely competitive hospital market of New York City, that wasn’t likely to dissuade the major hospital players from building the centers.

“One hospital would get a proton center, and then there would a big free for all,” says Jeff Kraut, chairman of the council and a senior executive at the North Shore-LIJ Health System. There’s a “lemming approach to the acquisition of big-ticket equipment” in health care, he explains. Once one hospital has a fancy new piece of equipment, their competitors follow suit.

At the same time, Kraut says the council knew, “how can you not have this [technological] capability in New York?”

So instead of waiting for individual hospitals to send in applications to build proton centers, the council decided to solicit proposals upfront, promising to “give preferential treatment to applications that would involve active collaboration among multiple health care facilities,” as the press release put it.

They ended up with just two applications, each one from a consortium of the largest health care systems in the region. The winner was the New York Proton Center, made up of Mount Sinai Medical Center, Memorial Sloan-Kettering Cancer Center, Continuum Health Partners, NYU Langone Medical Center, and Montefiore Medical Center — five systems that are usually major competitors — along with for-profit developer 21st Century Oncology.

The $235 million New York Proton Center has not yet begun construction, and Kraut says he’s proud of the approach the council took. As for the situation in Washington D.C., two centers got approval last month from Selassie and his committee to build. One will be owned by Johns Hopkins Medicine’s Sibley Hospital and the other by MedStar Georgetown. They will be built just three miles apart in affluent neighborhoods, where they will compete for patients who have private insurance.

They will also compete with a third facility currently under construction 40 miles away in downtown Baltimore, which is owned by for-profit developer Advanced Particle Therapy and will be staffed with doctors from the University of Maryland next door. Because it is privately owned, the facility did not need the state’s permission to build.

Barbara Ormond, a member of the project review committee in D.C. that ultimately recommended the Hopkins and MedStar proton projects both be approved, expressed reservations throughout the hearing process. Upon hearing of the New York City decision, she says a similar approach “would be a really good outcome” in Washington as well. “That’s something that in the future the committee might want to look at.”

Doctors at the University of Maryland say they reached out to physicians at the other hospitals to discuss a possible collaboration. “We have actually had discussion with physician leaderships both at MedStar and Hopkins of why not work together, given the size of this facility to do this,” said Dr. William Regine, a radiation oncologist at UMD. “And the truth is, if you left it at the physician leadership level, we could probably figure it out. It’s more the administrative leadership at MedStar and Hopkins that are positioning themselves as wanting to have these.”

A spokesperson from Hopkins said the health system will not comment on the proton therapy center until the details of the District’s decision have been analyzed. MedStar did not respond to several requests for comment.

Kraut, with the New York planning council, says it may not be too late for D.C. to change course. He says maybe Hopkins and Medstar “will still come together and say, ‘This is crazy. Let’s do it together.'”

NYC’s Answer To Proton Therapy Controversy: One For All