What’s in a name? That’s a question that experts are wrestling with as they prepare to revise the diagnostic manual that spells out the criteria for addiction and other substance-use problems. 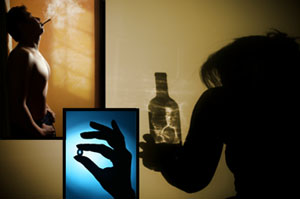 The catalyst for this discussion is a set of proposed changes to the Diagnostic and Statistical Manual of Mental Disorders, the reference guide upon which clinicians, researchers, insurers and others rely to identify and classify psychiatric disorders. The revised guide, called DSM-5, will incorporate changes to more than a dozen categories of disorders, including those related to mood, eating and personality, as well as substance use and addiction.

Developed under the auspices of the American Psychiatric Association, the revised manual is scheduled for release in May 2013.

The new guidelines would do away with the diagnostic categories of “substance abuse,” which generally is defined by such short-term problems as driving drunk, and “substance dependence,” which is chronic and marked by tolerance or withdrawal, in favor of a combined “substance use and addictive disorders” category.

They would also, for the most part, merge the criteria used to diagnose disorders related to the use of alcohol, cigarettes, illicit or prescription drugs and other substances into a single 11-item list of problems typically associated with these disorders. The list covers issues such as being unable to cut down or control the use of that substance and failing to meet obligations at work, school or home.

Supporters say the proposed changes, by creating a category for mild disorders, may make it easier to identify and address drug or alcohol problems before they become serious.

People who routinely drink heavily at sporting events or regularly get high with friends may be at risk for a substance use disorder, but they generally don’t need lengthy treatment to change their ways, experts say. The new DSM guidelines might make it easier for primary-care doctors to be reimbursed by insurers for screening for alcohol and drug problems and conducting short counseling sessions that have been shown to be effective.

The goal is to educate patients about the higher risks they face of, for example, having a car accident or liver problems if they drink, and to motivate them to change, says Keith Humphreys, a psychiatry professor at Stanford University and a former senior drug policy adviser to the Obama administration.

“A lot of times, people aren’t aware that their consumption is way higher than average,” he says. “If you tell people they drink more than others, they can change and avoid the consequences.”

The U.S. Preventive Services Task Force also recommends screening and behavioral counseling to reduce alcohol misuse in adults. Under the federal health law adopted in 2010, it’s covered as a free preventive benefit for people in health plans that are new or have changed enough to lose their grandfathered status.

But some addiction experts worry that using the 11-point list of criteria to place substance use disorders on a continuum from mild to severe suggests that there’s a natural escalation from non-use to occasional use to risky use to addiction.

“I think that’s not consistent with clinical research,” says Eric Goplerud, who directs the substance abuse, mental health and criminal justice studies department at NORC, a research organization at the University of Chicago.

It’s analogous to depression, he says. “People are sad when bad things happen to them, but not all are on an escalator that will lead them to psychotic depression.”

Because the new guidelines use a single spectrum for substance use and addictive disorders, some addiction experts worry that, for example, adolescents who meet the criteria for mild substance use because they’ve engaged in binge drinking and missed classes because of it within the past 12 months – thereby earning a score of 2 — might be labeled as having a mild addictive disorder, which in many cases would not be accurate.

Some may resist treatment if they are labeled addicts, says Yifrah Kaminer, a professor of psychiatry and pediatrics at the University of Connecticut Health Center. “Adolescents vehemently don’t like stigmatization,” he says. “They’ll say, ‘This treatment is only for addicts, and I don’t want to go.’ ”

Even though the Mental Health Parity and Addiction Equity Act of 2008 requires insurers to cover mental and physical health services equally, “people still have to fight for addiction treatment,” says Marvin Seppala, chief medical officer at Hazelden, a Minnesota nonprofit that runs drug and alcohol treatment centers around the country. The parity law doesn’t cover group plans at companies with 50 or fewer employees, nor individual health insurance plans.

One of the longest running programs, however, doesn’t require insurance because it’s free: Alcoholics Anonymous.