This story has been updated from an earlier version. 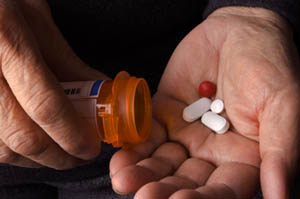 The Centers for Medicare and Medicaid Services is putting these plans on notice that, unless they take steps to improve their performance over the next few years, they face expulsion from Medicare.

CMS this month revised the way it rates Medicare drug plans to focus more on quality, and many plans’ ratings fell from 2011 to 2012. The criteria changed to stress clinical outcomes, such as whether a patient takes his medication the way he is supposed to, in addition to process measures, such as how long a patient is kept on hold when calling the plan. In judging 2012 plans, CMS for the first time considered whether patients kept up with medications for diabetes, hypertension and cholesterol, and it also considered complaints lodged against plans, and the numbers of people who choose to leave plans.

Stars in the States

Nationally, 28% of Medicare’s rated prescription drug plans that will be available to seniors in 2012 get poor ratings from federal officials.

Here is the percentage of rated plans in each state that get fewer than 3 stars on a scale of 1-5.:

While the new system labeled more plans as poor performers, CMS says this will likely lead to better options for the 28 million elderly and disabled beneficiaries who rely on those plans to help pay for their medications.

“We have raised our standards, and we are not apologizing for that,” said Jonathan Blum, deputy administrator and director for Medicare at CMS, who stressed that benefits have not disappeared. “We will push as hard as we can to elevate performance. … If plans are getting worse, we expect them to get better.”

Traditional Medicare does not cover most prescription drug costs for beneficiaries, but they can voluntarily buy private Medicare Part D drug plans. CMS rates the prescription plans according to a star system, with five stars indicating the highest quality and one star the lowest. That system is similar to ratings for the private Medicare Advantage health plans that about a quarter of seniors choose instead of traditional Medicare.

Nationally, of the 557 rated drug plans that will be available for next year, 24 percent get the top ratings of four or five stars, and about half fall in the middle with three stars. Another 28 percent score below three stars; only one comes in below two.

However, many of the lower-rated plans are in multiple states, which compounds the problem when looking at the local level. As a result, even though one quarter of plans across the country rate poorly, when evaluating plans available in each state, most states have at least 40 percent of their plans receiving fewer than three stars.

Only four states come out better. In New York, just 31 percent of drug plans get the lowest marks, and in Kansas, Pennsylvania and West Virginia, 39 percent of plans do.

At the other end, at least half of drug plans available in Alabama, Louisiana, Missouri, South Carolina, Tennessee and Virginia rated poorly.

Open enrollment for Medicare drug plans for 2012 began on Oct. 15 and closes Dec. 7. Premiums vary widely since some plans cover more drugs than others, or charge higher co-payments and deductibles.

Blum emphasizes the importance of comparison shopping every year, and says that the new performance measures should help. “People pay the most attention to premiums. We want them shopping for the best value and quality,” he said.

Earlier this month, CMS proposed a new rule that would allow it to oust plans that score below three stars for three consecutive years.

The rule would take effect in 2013, and would also allow CMS to terminate low-performing Medicare Advantage health plans on the same timetable.

The low-performing prescription plans are also a problem for many people who qualify for both Medicare and Medicaid, the joint federal-state health care program for the poor. If they don’t choose a plan, they are by law assigned randomly to drug plans with average or below-average costs. More than half of those drug plans (52 percent) get just two stars, according to Avalere Health, a health care consulting company.

“There is certainly room for improvement,” said Avalere CEO Dan Mendelson. “What we want is fours and fives.”

There are nearly 9 million of these “dual eligibles” in the United States. Most are seniors, but about a third are younger people with disabilities, and more than half have annual incomes below $10,000.

Low-income beneficiaries can do their homework and switch plans, but like other seniors most do not even look for new options. In an October survey, KRC Research, a public opinion firm, asked Medicare beneficiaries if they would shop around for a new plan during open enrollment, but only 3 in 10 said they were likely to do so.

Despite the new ratings, the KRC survey found that nearly 90 percent of seniors were satisfied with their Medicare drug plans, and that more than half were very satisfied. They say that the cost is reasonable, that the coverage is good, and that their plan works well.

More Than 25% Of Medicare Drug Plans Get Poor Ratings