Healthcare spending for some services dropped by nearly a third when people turned 65 and switched from private insurance to Medicare, according to a recent study. The decline was driven by lower prices paid by the Medicare program to doctors and other providers rather than a drop-off in the volume of services seniors receive.

The study offers a preview of the potential impact of raising the Medicare eligibility age to 67 from the current 65, said Jacob Wallace, a doctoral candidate in health policy at Harvard University who coauthored the study, which was published in the May issue of Health Affairs.

“What this study shows, pretty clearly, is that while the government may save money by increasing Medicare eligibility to 67, overall national health care spending will go up,” Wallace said.

Using the claims data of 200,870 retired people who transitioned to traditional Medicare from private insurance at age 65, researchers tracked healthcare spending on a per member, per quarter basis for two types of services, outpatient imaging and procedures. The study looked at claims paid for people between the ages of 62 and 68.

When people turned 65 and enrolled in Medicare, the amount that insurers and beneficiaries spent on those services dropped 32.4 percent on average, or $38.56.

The spending decline wasn’t tied to a reduction in beneficiaries’ use of health care services, the study found. Rather, once seniors enrolled in Medicare, doctors continued to see these patients, but at reduced rates. 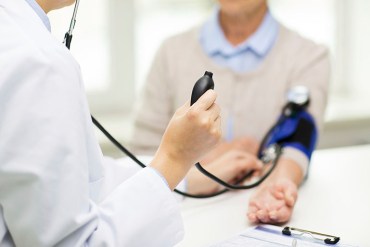 The impact on individual patients is less clear, since the change in their spending upon enrolling in Medicare would depend on the generosity of the private coverage they had before. But since Medicare generally pays less for services than private insurance, it’s fair to say that seniors might expect to pay less as well for services when they’re responsible for paying a percentage of the cost in the form of coinsurance, Wallace said.

As for raising the Medicare eligibility age to 67, the study’s findings are consistent with a 2011 analysis by the Kaiser Family Foundation, the study said. (KHN is an editorially independent program of the foundation.) That study estimated that raising the Medicare eligibility age would have saved the federal government $5.7 billion in 2014 but would also have increased the out-of-pocket costs of 65- and 66-year-olds by $3.7 billion and employer retiree health care costs by $4.5 billion.

“These findings, like ours, may seem counterintuitive but show the importance of looking at the total picture when trying to understand the effects of a seemingly straightforward proposal,” said Tricia Neuman, director of the program on Medicare Policy at the Kaiser Family Foundation who coauthored the analysis.