Physicians have long been prickly about Web sites that assign them points or letter grades or even smiley and frowning faces based on patient reviews of their experiences. Picking a physician is more complicated than buying a toaster, they say, and doctors can’t be accurately evaluated solely on the basis of whether they’re good communicators, for example, or keep appointments punctually. 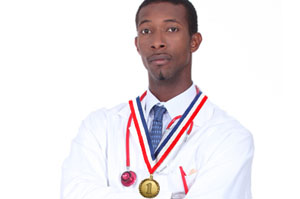 Now Consumer Reports, a leading publisher of, among other things, buyers’ guides for toasters and other appliances, has ventured into physician rating territory in Massachusetts. The ratings, published as an insert in the July issue for the magazine’s Massachusetts subscribers and available online as well, put 487 primary-care and pediatric practices through their paces, assigning scores from 1 to 4 in each of five categories related to patient experience.

To create the ratings, Consumer Reports partnered with Massachusetts Health Quality Partners (MHQP), a nonprofit that since 2006 has been surveying Massachusetts consumers about their experiences with doctors and reporting the data.

Consumer Reports is dipping its toe into an increasingly popular area. The organization is working with groups in Wisconsin and Minnesota to develop physician ratings in those states as well, although they won’t be focused on patient experience as they are in Massachusetts, says John Santa, director of the company’s health ratings center. Minnesota’s ratings will focus on quality of care, while Wisconsin’s will focus on preventive care.

“We’re trying to learn about this,” says Santa. “For us, physician ratings is a journey, not a destination.”

There are many ways to assess a physician’s competence, but patient reports of their one-on-one experiences — whether the doctor is a good listener, for example, or spends enough time with each patient — are more than just feel-good measures, says Barbra Rabson, executive director of MHQP. “Studies show that the better the patient experience, the better the clinical outcome,” she says.

Massachusetts doctors support the project, says Richard Aghababian, president of the Massachusetts Medical Society. “We want all of our physicians to feel they should be accountable for the care they provide,” he says.

It helps that physicians say they are comfortable with the methodology behind the ratings. The Massachusetts ratings are based on surveys completed by more than 64,000 adults. In order to be considered statistically reliable, a certain number of responses about an individual physician had to be received, says Rabson.

More than 50 Web sites rate physicians, according to Guodong Gordon Gao, co-director of the Center for Health Information and Decision Systems at the University of Maryland School of Business. http://www.rhsmith.umd.edu/chids/ In contrast to the Massachusetts ratings, some sites allow consumers to log on and rate individual physicians anonymously. Physicians generally don’t like such sites, saying there is no accountability and no way for doctors to defend themselves against criticism. 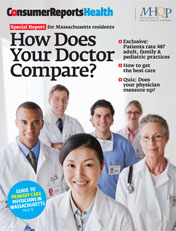 But a recent study by Gao and colleagues found that physicians may have less to worry about than they suppose. The study examined more than 386,000 anonymous physician ratings posted on the RateMDs.com Web site between 2005 and 2010. RateMDs.com, which started in 2004, was selected because it was one of the first sites to rate doctors, has the largest number of user-submitted reviews and is among the fastest-growing, says Gao. Some 250,000 U.S. doctors have been rated at least once on the site, according to RateMDs.com co-founder John Swapceinski.

RateMDs.com assigns physicians an overall rating of 1 to 5 based on patient assessments of their knowledge and helpfulness. The study found that, on average, physicians received a quality rating of 3.93 out of 5. Nearly half received a perfect 5 rating. The average number of ratings per physician was 3.2 in January 2010.

“The number-one surprise was the positive results,” says Gao. “The American Medical Association and others have said that the sites can ruin physicians’ reputations.”

In a statement, the AMA said that “anonymous online opinions of physicians should be taken with a grain of salt and should not be a patient’s sole source of information when looking for a new physician.”

The study results are consistent with other types of online consumer ratings, says Ritu Agarwal, director of the Center for Health Information and Decision Systems and co-author of the study. “In studies of word of mouth in other domains such as movies and books, positive word of mouth dominates negative in online ratings.”

Physician reviews that skew toward the positive may please doctors, but for consumers they’re not particularly useful as a guide in selecting one. Experts point to the comments that people often include with their ratings, saying they can be helpful in assessing a physician, as long as people keep in mind that each is just one person’s opinion.

For example, someone might read a review that says a doctor returns phone calls on weekends, says Anne Weiss, who directs the Robert Wood Johnson Foundation’s health-care quality work; the foundation provided funding for the Massachusetts ratings project. “That might be really important to me.”

Rating sites of any sort help consumers take a more active role in managing their health and making health-care choices, say experts. And that’s important, whether the information comes from a scientifically valid survey or an anonymous online review.

“There are lots of things people could pick up that I would not call evidence-based,” says Weiss. “But even those are opportunities for people to understand their role as consumers.”

Rating Doctors Is Tricky, But Consumer Reports Does It In Mass.