Of those voting this year, count in the so-called Reagan Democrats — that group of once loyal left-leaners who crossed party lines in 1980 and helped the former California governor relocate to the White House.

Some of those Reagan Democrats were in their late 30s or early 40s then. Today, they’re older and on Medicare, a program that the GOP wants to alter dramatically. Do they fear for Medicare? Or do they still hold true to the Gipper’s smaller government ethos, even if it might mean big changes to the program for seniors and the disabled? 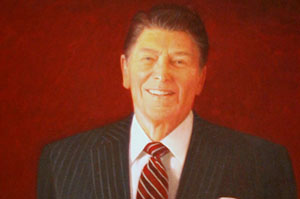 KHN tracked down three Reagan Democrats, who have each landed in a different place on this question: Cheryl McNamara, John Crowe and Penny Lockhart.

Cheryl McNamara was 35 years old in 1980 and a registered Democrat. Asked what she remembers most about that period, she says the one thing that jumps to mind is inflation: “I could see it was just killing my father, for example, who worked for a much smaller company and who couldn’t afford to raise their prices to match inflation, and so he couldn’t afford to give the raises to people to match inflation so the value of my father’s income was eroding.”

McNamara, now 67, lives in Willowbrook, Illinois and thinks she’ll vote for Mitt Romney. She remembers thinking Reagan could put the brakes on inflation and stop the government from meddling with prices.

It’s a message Jon Crowe, an undecided voter who is now 72 and living in Wardensville, West Virginia, remembers too.

“My main lean with Reagan was basically budgetary,” Crowe says. “I found much more compatibility with Reagan’s philosophy than I did with the Democratic philosophy.”

But for both McNamara and Crowe, there were other ideas that were starting to take root then. McNamara says her belief that the country had enough money to do right by all of its citizens was starting to falter.

“As I grew older and reality set in, I realized that there isn’t enough money in the world to spend it any which way you wanted to,” McNamara says.

If McNamara and Crowe helped Reagan win the White House, there were other so-called Reagan Democrats, like Penny Lockhart, who crossed over for his re-election in 1984 when she was 39 years old, “a largish active woman, very busy. Let’s see, my daughter was 5 years old and I had just gone to work part-time as bookkeeper,” she recalls.

Lockhart lives in the same modest home she lived in then, in the self-proclaimed garlic capital of the world, Gilroy, California. 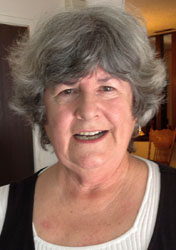 Penny Lockhart came from a family of Democrats when she voted for Ronald Reagan in 1984 (Photo by Sarah Varney/KHN).

“My parents were both very active in Democratic politics,” Lockhart says, “so when I voted for Ronald Reagan it was a great shock to my family and actually my mother made me promise that I would not re-register as a Republican until she was dead.”

Lockhart’s mother was a junior college teacher and her father managed a meat company. Lockhart starting doing accounting work for local farmers and welders whose businesses were in distress.

“At that point I realized how hard it is to be a self-employed person and how important it is to give other people’s jobs,” she says.

Lockhart, McNamara and Crowe don’t remember much about President Reagan and Medicare. The years they would need the program were, after all, still decades away. Reagan had warned in a 1961 recording for the American Medical Association that Medicare would usher in an age of totalitarianism: “And pretty soon your son won’t decide when he’s in school, where he will go or what he will do for a living. He will wait for the government to tell him where he will go to work and what he will do,” he warned, ominously.

But by the time he became President, those fears seem to have subsided. Indeed, according to the Ronald Reagan Presidential Library, Reagan oversaw the expansion of Medicare to protect the elderly and disabled against what he called “catastrophic” health costs.

Lockhart is now 67 and on Medicare. It seems unlikely to Lockhart – who plans to vote for Obama – that Reagan would find much in common with the Romney-Ryan plan for premium support. That plan would give future Medicare beneficiaries a fixed amount of money to buy coverage from private health plans or traditional Medicare.

For her part, Cheryl McNamara says she can get behind the Romney-Ryan Medicare plan. She says the Republican proposal is similar to the Medicare Advantage plans that exist today that give private insurers a set fee to care for patients.

“I think it would be fine,” says McNamara. “There has to be a limit to how much the government paysfor this program, because price keeps going up, you have to spread that cost around.”

John Crowe believes that the cost of Medicare needs to be addressed. He hasn’t decided who he is going to vote for, but he doesn’t trust the “free market” to look out for seniors’ best interests.

“If you go to a voucher system, these insurance agents are gonna say, ‘Whoa, we don’t need this guy who has a pre-existing condition’ so they take the people with good health. So if they’re not stopped from that, the people who need the most are getting the least because they can’t afford the policy,” says Crowe.

On the day he was interviewed, Crowe’s wife had received an operation, paid for by Medicare. With her safely at home, he sounded almost wistful about the man he helped elect many years ago: “Reagan, he recognized the problem with government, the problem with Congress or bureaucracy. But he also felt there was a role that government should play and had to play and he was very proud of government.”