Amid the recession, hospitals have been aggressively establishing footholds in affluent areas outside their traditional market boundaries as they fight for the patients with the best insurance, according to a new study. 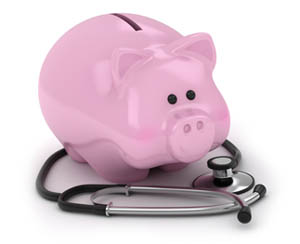 The paper, published in Health Affairs, found hospitals “wooing” EMS workers that service well-off neighborhoods, even sprucing up the rooms where the workers rest and fill out paperwork. In addition, hospitals are buying up physicians’ practices and building emergency service or full-service hospitals in affluent communities — even when there are already sufficient medical providers there. Affluent areas offer a lucrative prize for hospitals: patients carrying commercial insurance, which reimburses better than Medicare or Medicaid.

The paper was written by researchers from the Center for Studying Health System Change, a Washington think tank that has been monitoring the health care industry in 12 metro areas for more than a decade. The researchers found that the Baptist Health South Florida system opened a hospital in Miami’s Kendall area, less than six miles from an existing medical center affiliated with HCA. In South Carolina, hospitals in Greenville and Spartanburg counties built hospitals in Greer, a well-off community that straddles both counties. The Spartanburg Regional system purchased the last remaining independent primary care physician practice in Greer as well.

In Indianapolis, the four main hospital systems fought for dominance in an area north of downtown so fiercely that local health industry officials termed it an “Exit 10 strategy,” in a reference to the location off an interstate. “There is an unbelievable amount of building,” one insurance official told the researchers. “They are building hospitals right next to each other; it is pretty amazing.”

Hospital battles for well-insured patients are nothing new. But the paper suggests that the new methods in some cases are surpassing older approaches of investing in expensive technologies, hotel-like amenities and perks to lure doctors to operate at their sites. Emergency rooms and doctors’ offices are two key entryways through which patients get sent to hospitals, so establishing beachheads in well-off neighborhoods allows hospitals to establish routes to get those patients.

The authors write that the recession has accelerated these expansions:

The hospitals most likely to be pursuing geographic expansion strategies were the dominant systems in local markets. Among the hospitals using these strategies, the drive to pursue well-insured patients outside of their traditional market boundaries appeared to be heightened by the recession, rather than vulnerable to it. Even as hospital leaders pursued layoffs and contract renegotiations in order to cut operating costs, they often described freezes in construction outside of their traditional market areas as being brief and temporary, when and where these pauses occurred at all.

In Cleveland, the researchers found that University Hospitals and the Cleveland Clinic have been expanding into the affluent suburbs, often building freestanding outpatient medical centers and hospitals close to their competitors. Meanwhile, the paper noted, the clinic closed a “struggling safety-net” hospital in poor East Cleveland, replacing it with a smaller family health center.

Not every area studied by the researchers had the same degree of pitched battles. The researchers said that as hospital systems solidify their standing by buying up independent hospitals or doctors’ practices, they can extract more money from insurers — money the hospital systems need in part to pay for their new acquisitions.

“For years and years hospitals have been negotiating with payers, and they’re not a big deal to them,” said Emily Carrier, the lead author. “Then they are part of a big system and they are negotiating with the clout of a whole system. All of a sudden they can demand much higher prices.”