Idaho on Saturday becomes the latest state to launch its own health insurance exchange under the federal health law, with marketplace officials promising an easier shopping experience for consumers and greater responsiveness to insurance agents.

But the exchange, yourhealthidaho.org, will be challenged to do as well as the federal insurance exchange during the first open enrollment period that ended last March. About 76,000 Idahoans signed up for private coverage at healthcare.gov, one of the most successful enrollments in any state.

Idaho will be one of a dozen states, along with Washington, D.C., to run its own online marketplace this year — and the only one whose state government is completely controlled by Republicans.

In 2013, Republican Gov. C.L. “Butch” Otter and powerful business leaders — who dislike Obamacare — persuaded the legislature to build a state exchange to keep control in Boise and save money for consumers.

That decision may become much more significant since the Supreme Court decided last Friday to hear a lawsuit challenging the government’s authority to grant subsidies to residents in states that do not run their own marketplaces. The high court is scheduled to hear the case early next year and rule by the end of June. More than 80 percent of people buying coverage in state and federal exchanges received subsidies. 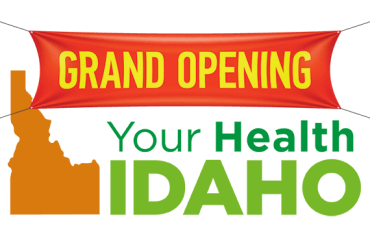 In the short run, however, Idaho’s switch may mean little to consumers given how well the federal exchange worked by the close of the first open enrollment period, said Sabrina Corlette, senior research fellow at Georgetown University’s Center on Health Insurance Reforms.

After overcoming serious technical troubles in the first two months of open enrollment last fall, the federal exchange had fewer glitches than most state-run exchanges. Those glitches cooled state officials’ interest in building their own websites, and led Oregon and Nevada this fall to abandon their troubled websites and switch to the federal exchange.

With a final deadline of Friday for states to apply for federal funding to build their own exchanges, it’s unlikely many others will follow.

Idaho is using $35 million in federal money to build its exchange seeking to help 165,000 residents buy coverage. Will it be worth it?

“I don’t know if it will make a big difference or not,” said Ryan Heider, a Twin Falls, Idaho insurance agent and president of the Idaho Association of Health Underwriters.

And consumers will have only a month to choose a policy if they want their coverage to begin in January.

But if there are any issues, agents hope it will be easier to get answers from Boise than Washington.

“It was a challenge getting people to help us this past year with healthcare.gov, because they didn’t have specific information for our state,” Heider said.

Officials at Blue Cross of Idaho, the state’s dominant health insurer, say they were pleased to give input to develop the state exchange, emphasizing the need to keep administrative costs low and maintain a central role for insurance agents and brokers.

The Idaho exchange will charge insurers 1.5 percent on premiums to cover its overhead, compared to 3.5 percent on policies in the federal exchange. The lower surcharge will mean lower prices for consumers since insurers pass on those costs.

The surcharge will be the main source of revenue for the Idaho exchange starting next year when all state marketplaces must be self-sustaining.

“Our state exchange will be very helpful for our citizens,” said Blue Cross CEO Zelda Geyer-Sylvia, who is also a member of the state’s exchange board. “We believe the state made the right decision to have its own exchange.”

Until this week, Idaho was one of eight states using a “partnership” model with the federal government in which the state did everything except build and run the website that handles enrollment.

Only one other state using a partnership exchange — New Mexico — is moving to convert to its own exchange though that won’t happen until the fall of 2015 at the earliest.

While Idaho has some of the lowest insurance costs in the nation, its uninsured rate has traditionally exceeded the national average. That rate fell from 19.9 percent to 16.6 percent in the past year, according to a Gallup survey. The drop would have been even greater had Idaho expanded Medicaid under the health law, but it is one of 23 states that chose not to.

Pat Kelly, executive director of the Idaho exchange, said having a marketplace with the name Idaho in it will attract more residents. The state’s site provides answers to common questions and makes it easy to see the plans’ benefits and prices by zip code.

“This is an Idaho solution,” he said. The exchange launched a “window shopping” feature on Oct. 1 so people could compare plans before open enrollment begins on Nov. 15. More than 50,000 people have already used it.

Kelly credits Idaho’s strong first year enrollment to the state’s heavy use of social media such as Facebook, advertising on the Internet radio site Pandora, numerous promotional events across the state and heavy reliance on agents and brokers.

This year, five health insurers and four dental carriers will sell 198 plans on the exchange–52 more than last year.

Mountain Health Co-Op is a new health plan on the exchange and has priced many of its offerings lower than the other carriers. Since insurance agents helped sign up more than half of this year’s enrollees, the exchange is working with them to help people renew for next year.

After nearly two years of work and countless task force meetings with industry leaders and advocates, Kelly is confident the technology behind exchange will work.  Blue Cross’ Geyer-Sylvia is too, but she acknowledges, “We are really nervous.”