Despite predictions of an impending nurse shortage, the current number of working registered nurses has surpassed expectations in part due to the number of baby-boomer RNs delaying retirement, a study by the RAND Corp. found. 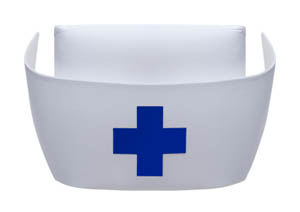 The study, published online Wednesday by Health Affairs, notes that the RN workforce, rather than peaking in 2012 at 2.2 million – as the researchers predicted a decade ago – reached 2.7 million that year and has continued growing. The trend of nurses delaying retirement accounted for an extra 136,000 RNs in 2012, the study suggests.

Shifts in retirement benefits and “economic uncertainty in general” could have contributed to their decisions to extend their careers, said David Auerbach, the study’s primary author and a policy researcher at RAND.

Furthermore, Auerbach said, some researchers have “found RNs were especially attached to the mission of what they do.”

“They get a lot of satisfaction from their job and don’t want to leave it,” he said.

The surge in RNs, and in particular in RNs working beyond the age of 50, could hold significant implications for how patients receive their health care and how they relate to their health providers.

For example, as RNs enter their 60s, they frequently choose to leave hospital-based positions, which employ most RNs, for primary care posts. Accountable Care Organizations – the networks fostered by the Affordable Care Act in an effort to better manage patient care – could  particularly benefit from the rise in RNs who would seek non-hospital jobs, Auerbach said.

Health delivery systems “could tap into this desire to stay employed,” Auerbach said, citing current cases in which ACOs – which revolve in theory around strong primary care – have RNs “doing kind of direct, simple care.” This includes things such as managing hypertension or asthma, and checking pediatric development, according to Patricia Pittman, an associate professor at George Washington University .

“The kind of managing and planning and coordinating and triaging that RNs are able to do help with what an ACO is trying to do,” Auerbach added. “And that is be more efficient about care and increased access.”

Because baby boomer RNs are older and taking care of an aging population, hospitals often buy equipment that relieves nurses of some of the physical demands associated with the job, she said.

But with an older RN workforce, Kiger said, hospitals do experience a shift: Baby-boomer RNs often leave acute care to work in physician offices, outpatient clinics and community health centers. In response, she said, the hospitals may recruit newly graduated nurses through programs such as nurse residencies.

“We try and balance that retirement cohort in our company with the one coming in the front doors,” she said.

But the growth in the number of RNs opting to keep working could present some difficulties for those newly graduated nurses, Auerbach said. Because nursing schools “really ramped up production” during the past decade, more RNs are looking for jobs but fewer-than-anticipated spots exist.

“We’re not talking rampant unemployment, but compared with the past, it does seem there’s this kind of uptick,” he said.

That increase in new nurses could also mitigate the impact when this cohort of baby-boomer RNs begins to retire. Current projections indicate that boomer retirement would lead to a dip in the RN workforce, Auerbach said, but “nothing so severe, at least nationally.” But local situations, he added, could vary based on individual circumstance.