RENO, Nev. – For Carolyn Oatman, enrolling in Medicaid this year was “a dream come true.”

Uninsured since she lost her job five years ago in this desert gambling city, Oatman, 57, often couldn’t afford the drugs to control her asthma and high blood pressure. She would sell her blood plasma to scrape together enough money to see a doctor.

Since she signed up for Medicaid, though, her care is free, including her medicines. But there’s a downside: It can take two months to get a doctor’s appointment at a local community health center, or an all-day wait if she just shows up.

Such delays are a result of the surge in newly insured patients seeking care as Nevada became one of 26 states to expand Medicaid under the Affordable Care Act in 2014. The Reno area has seen its Medicaid enrollment nearly double this year — one of the biggest jumps of any metro area nationwide. 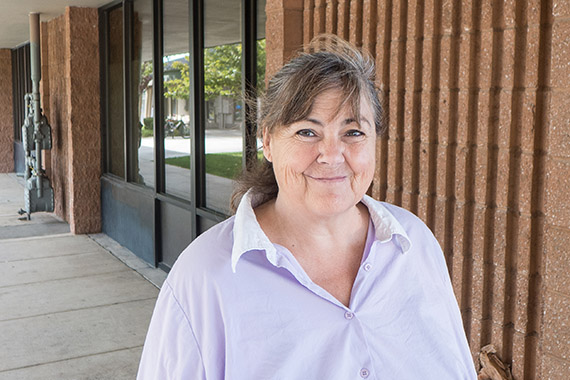 In many ways, the experience of this self-proclaimed “Biggest Little City in the World,” where glitzy hotels abut gritty neighborhoods of pawn shops and strip clubs, illustrates the promise and pitfalls of expanding Medicaid, the federal-state insurance program for the poor.

Though happy to have coverage, many new enrollees are frustrated by the lack of providers willing to see them, which can mean long waits for care, according to interviews with patients, doctors and local health officials.

Sometimes, when Oatman needs to see a doctor in a hurry, she drives to the nearest emergency room – getting care where it costs taxpayers the most.

“I love it on Medicaid because now I can go the emergency room when I need to and don’t have to worry about the bill,” said Oatman, whose only income is her husband’s $1,200 monthly disability check.

We are struggling to keep up with demand for care.

Physicians and clinics that treat the poor say they’ve been overwhelmed by new patients, many of whom suffer from multiple chronic conditions.

Nevada Gov. Brian Sandoval was the first Republican governor to embrace Medicaid expansion after the Supreme Court in 2012 made that provision of Obamacare optional for states. In December 2012, Sandoval estimated about 78,000 Nevadans would gain Medicaid coverage starting in 2014.

In fact, Medicaid enrollment statewide grew from 330,000 people in September 2013 to more than 601,000 in August 2014— an 82 percent increase, according to the Nevada Department of Health and Human Services. That compares to average enrollment growth of about 20 percent in the states that expanded the program.

Among the reasons for the rapid take-up in Nevada were its high uninsured rate and previously stingy Medicaid eligibility guidelines, which excluded childless adults altogether and covered jobless parents with dependent children only if they made below 24 percent of the federal poverty level, or about $5,700 for a family of four.

In Washoe County, the state’s second largest county where Reno sits at the base of the Sierra Nevada mountains, enrollment increased from 50,000 to over 90,000 members this year.

Many of those new enrollees have far greater health needs than the mothers and children who dominated the Medicaid rolls in the past, said Eric Lloyd, chief executive of Amerigroup of Nevada.

Duarte said the influx of Medicaid patients seeking services has exacerbated the longstanding shortage of doctors and other health providers. “It’s a combination of lack of providers and doctors unwilling to take these patients,” he said.

Without enough exam space and providers to keep up with demand, the health center, which saw 26,000 patients last year, turns away hundreds of patients a week seeking immediate care, he said. While existing patients may wait a month or more for appointments, new patients may not be able to get appointments for two months.

“We’ve been told by our Medicaid managed care organizations that we have several thousands of their members waiting for their first appointment,” Duarte said.

‘My Life Is Back On Track’

Still, there are individual success stories.

Karen Silverman, 61, is one of those. In the past, working as a parking lot attendant without health coverage, she often could not afford the drugs to treat her high blood pressure and diabetes.

“I would forgo my cholesterol or blood pressure medicine so I could afford my insulin,” she said. “It was scary but I had no choice.”

In February, she enrolled in Medicaid. Now she pays nothing for doctor visits or prescription drugs. After several months of taking her medications regularly, her diabetes and blood pressure are better controlled and she has started walking again.

“I feel as if my life is back on track,” she said. 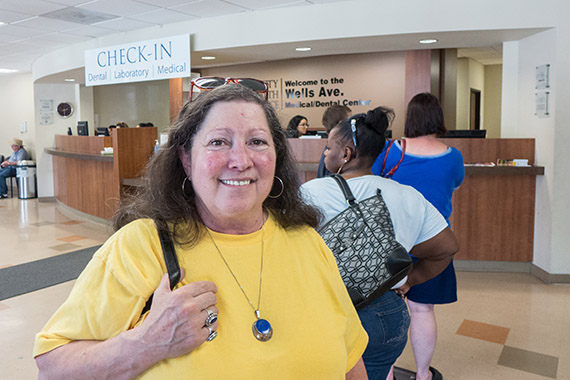 New Medicaid enrollee Karen Silverman stands in line to check in at a Community Health Alliance clinic in Reno for a health checkup (Photo by Phil Galewitz/KHN).

And she is not the only one.  In the past year, Duarte says that more of the health center’s patients are controlling chronic health problems as more became insured.  For example, about 73 percent of hypertension patients have their blood pressure under control now, compared to 64 percent a year ago.

Amerigroup and UnitedHealthcare, the managed care plans the state pays to take care of most Medicaid enrollees, point to many such stories, even as they acknowledge the challenges of meeting increased demand for care.

I feel as if my life is back on track.

The plans say they are working to add providers, but are limited by the shortage of specialists and by how much they can pay based on their state funding.

“We are doing the best we can with the available provider network,” said Amerigroup’s Lloyd. In addition to more doctors, he said the health plan needs case managers to help patients with complex illnesses and clinicians to provide mental health and substance abuse services.

Such physician shortages are not confined to Nevada, but the issue is particularly bad here. The state ranks 48th in the nation for its number of active physicians per capita — largely the result of big population growth, having just two medical schools and relatively few medical training slots.

The shortage has meant doctors focus on treating higher-paying patients with private insurance or Medicare. In addition to Medicaid’s lower pay, doctors often avoid enrollees because of their higher no-show rates.

Duarte said situation worsened because the state cut Medicaid payments to providers several times in the past decade to help balance its budget.

“Cardiology, orthopedics, name the specialty and we can’t get it,” he said.  Mental health needs among new Medicaid enrollees are huge, yet he “can count on two fingers the number of psychiatrists willing to take Medicaid recipients.”

To entice more providers, the health law increased Medicaid pay for primary care doctors in 2013 and 2014 to the same levels paid by Medicare. In Nevada, that has meant a nearly 30 percent pay hike. But federal money runs out at year’s end.

Nevada Medicaid Director Laurie Squartsoff said the state may step in to maintain the higher pay rates next year. The state is also trying to add residency training slots and expand the use of telemedicine.

“The size of our health system and number of providers has not changed prior to Medicaid expansion and what we are seeing are more people who need services,” she said.

Andrew Pasternak, a family physician who works in a more upscale part of Reno, says he likely will stop seeing new Medicaid patients in January if the payments drop. “It’s a huge worry,” he said, noting his reimbursement will go from $75 for a basic office visit to about $44.  His practice now sees 400 Medicaid enrollees, up from 20 the previous year.

Sitting in Pasternak’s exam room recently, Hannah Zuniga talked about different worries.  When her husband, Paul, lost his job as an assistant manager at Home Depot in January, Zuniga was relieved when she found her family would qualify for Medicaid.  Yet while their three children could keep their pediatrician, the parents had to find new doctors.

They were given a list of providers, but several they called were no longer taking new patients. Pasternak was the fifth primary care doctor she tried seeking help for a urinary tract infection.

When she needed a hand surgeon to remove a cyst on her wrist, two physicians she called were not taking new patients and a third was backed up for three months. “It’s been very frustrating to not know where you can get care,” she said.