Language and cultural issues, along with immigration concerns, could still pose major barriers to enrolling Asian-Americans, Native Hawaiians and Pacific Islanders in health insurance plans this fall, according to a report released Wednesday by Action for Health Justice, an advocacy coalition that aims to educate these populations about the health law. 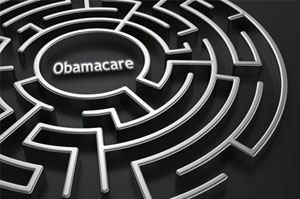 The report argues that efforts to enroll people from those ethnic groups were undermined last year by ineffective translations of health law guides; limited language options on the federal online marketplace, healthcare.gov; insufficient training for enrollment assisters and complications in processing applicants’ immigration information. If those issues are not addressed by this year’s open enrollment – which begins Nov. 15 – they will likely continue to be a roadblock to expanding coverage, according to the report.

“Even with some of the advocacy efforts, both on the national level and also in the state-based marketplaces, I think some of the challenges will remain the same,” said Priscilla Huang, senior director of impact at the Asian and Pacific Islander American Health Forum, one of the AHJ’s member associations.

Call centers, online insurance applications and other documents all currently offer insufficient Asian-language services, according to the AHJ report. Phone operators at federal call centers spoke only Spanish or English, and online applications were also available only in those languages.

“If you don’t speak English or Spanish, only two out of four avenues are available,” Huang said. That is, consumers can find an in-person assister who speaks their language, or they can go through a call center and “hopefully getting connected to the right interpreter.”

And these difficulties are unlikely to change this year, she added.

The report also cited translation errors in documents intended to explain the law, which authors argued often limited consumers’ ability to navigate the insurance market. In some cases, the report notes, advocates working with AHJ chose not to distribute translated flyers because of language inaccuracies.

On healthcare.gov, instructions say services are available in 13 non-English languages, six of which are Asian. But the material available in each language varies. While some, such as Chinese and Vietnamese, have multiple explanatory documents and a print application, the only listed service for Hindi and Gujarati speakers is in-language assistance over the phone.

Additionally, AHJ concluded that federal training for in-person assisters – people designated to help consumers navigate enrollment – fell short, particularly in regard to helping people with complicated immigration statuses. About 60 percent of Asian-Americans and 14 percent of Native Hawaiians and Pacific Islanders were born outside of the United States, according to the report.

Enrollment will likely be more difficult this year, Huang said, noting that last year’s enrollment picked “the low-hanging fruit” in terms of accessible consumers. But the most successful enrollment for Asian-Americans, Pacific Islanders and Native Hawaiians involved in-person outreach, she said – and limited numbers of assisters means “a lot of capacity constraints as well.”

Legally residing immigrants also often faced difficulties verifying their immigration status or indicating their correct income when applying for insurance — challenges that in many cases jeopardized or stalled enrollment, according to the report.

Earlier this month, the Obama administration announced that more than 100,000 legal residents could lose insurance purchased through the Affordable Care Act because missing paperwork meant they hadn’t properly verified their immigration status, while more than 300,000 could lose subsidies for their insurance because they had not correctly indicated their income.

Although technology is expected to improve this year, “we’re very concerned that may happen again this year,” Huang said.

“The consumers did their parts in terms of submitting documents or mailing them in,” she said. “And due to website glitches or other things – that were not in the hands of the consumer but really the responsibility of the states and [the Centers for Medicare and Medicaid Services] – they’re now facing termination of their coverage.”