As experts focus on the cost of requiring everybody to have health coverage next year, a new study highlights the broad reach of federal subsidies to help people pay for it. Nearly 26 million Americans will be eligible for tax credits under the Affordable Care Act to partly offset the cost of insurance in online state marketplaces, says Families USA, a consumer interest group that supports the health law. 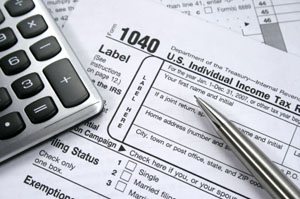 The credits, which are supposed to take the form of instant discounts when people buy coverage in the online exchanges, extend high into the middle class and across racial groups, the report says. The subsidies are intended to work in tandem with an expansion of Medicaid for lower-income families to bring health insurance to a projected 16 million next year who now lack it and eventually to more than 30 million.

Households with incomes of between $47,100 and $94,200 for a family of four will make up slightly more than half of those eligible for tax credits, the study said. About 58 percent of those eligible for credits will be white, about 23 percent will be Hispanic and about 11 percent will be black, according to the study. Young adults are “the likeliest age group” to be eligible, the report said. Because most people already have coverage through an employer, not all those eligible for credits will take them. Families USA hired consultants the Lewin Group, a sister company of UnitedHealthcare, the biggest private health insurer, to conduct the research for the paper.

The study offers hypothetical cases for “silver” coverage — a medium-benefit plan on the exchanges. From the report:

Last month the Society of Actuaries predicted that sicker people joining plans next year would help increase claims expense by 32 percent for individual insurance, implying a sharp increase in premiums, too. Critics said the study didn’t account for the widespread availability of tax credits and the fact that benefits will be more generous.

A recent tracking poll by the Kaiser Family Foundation found that Americans remain ignorant of key details of the health act. KFF has done its own research on who will benefit from coverage expansion down to the zip code level. (Kaiser Health News is an editorially independent part of the foundation.)