The U.S. is not prepared for the mental health needs of aging baby boomers, according an Institute of Medicine report released Tuesday. 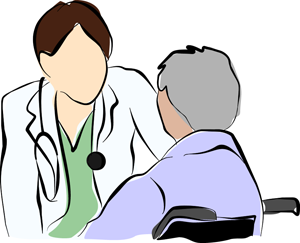 A continued lack of specialists and other trained providers including primary care physicians and nurses will likely make it difficult for aging patients to receive treatment for depression, dementia and other conditions. In addition, some experts are concerned that the baby boomer population, which is a growing component of the nation’s older demographic, have an unaddressed problem with substances – namely misuse of prescription medications.

“There is a conspicuous lack of national attention either to preparing the health care workforce […] or to ensuring sufficient numbers of personnel for the rapidly growing elderly population,” the IOM committee wrote. It’s estimated that as many as one in five members of the elderly population had at least one mental health or substance use problem in 2010.

Meeting the growing needs of the elderly will require a coordinated effort among government agencies, professional societies, providers and even family caregivers, the IOM report said.

Government in particular can help by expanding training and loan forgiveness programs for health care professionals, the report suggests. It can also promote improved health care delivery through coordinated care models and through revisions to Medicare and Medicaid payment practices. For example, psychiatric case managers are not reimbursed by those programs, despite research showing that they can provide effective treatment for depression and substance abuse, said Peter Rabins, an IOM committee member and psychiatry professor at Johns Hopkins School of Medicine.

“We need to change mindsets” in both training and delivery of care, Rabins added. Health care providers, policymakers and others will have to recognize that mental health problems frequently run parallel to other medical issues and can lead to poor outcomes and higher costs.

Already, the government is pushing to improve mental health staffing for military veterans, an especially vulnerable subset of the elderly population. In April, the Department of Veterans Affairs announced that it would add around 1,900 psychologists and other staff.