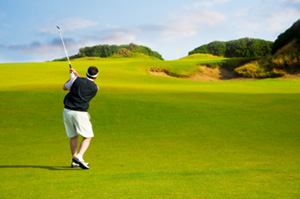 The White House unveiled details last week of a $5 billion program to provide financial relief to companies that offer health coverage to early retirees. Officials say the effort, mandated by the new health care overhaul law, will help keep firms from ditching those benefits because of the high costs involved, a trend that has accelerated in recent years. Without health coverage, many early retirees find it difficult to get insurance until they’re eligible for Medicare at 65.

The new program, sometimes called reinsurance, should help retirees 55 to 64. It ends on 2014, when other provisions to make it easier for people to find affordable coverage take effect.

Q: How will it work?

Employers, state and local governments and employer-sponsored health plans will be able to apply for the subsidies, which can be used to reduce their own health care bills, hold down premiums or other costs for retirees or some of both. Companies will have to continue to pay at least as much as they do now for retiree coverage.

Q: How many early retirees currently get health benefits?

A: Only about 2.2 million retired workers ages 55 to 64 received health benefits from their former employers in 2007, according to an analysis by the Employee Benefit Research Institute. Many smaller firms may view the money as not worth the trouble. Health officials expect about 4,500 employers to apply.

Advocates for early retirees and seniors, including the Medicare Rights Center, said the change could help consumers. If the subsidies help companies “maintain the benefits, that’s pretty good for retirees,” said Alan Reuther, a lobbyist for the United Auto Workers, which supported the provision. “Premiums are going up and up” for retired workers, but the new subsidies could help slow or reverse that trend, he said.

A: Probably not. Officials at the Department of Health and Human Services have acknowledged that, given the number of workers who have early retiree health benefits and the high cost of their care, the $5 billion could well run out before the program’s expiration date. In the preface to a recently published regulation on the program, the officials wrote, “Because funding for this program is limited, we expect more requests for reimbursement than there are funds to pay the requests.”

Q: Do the companies have anything to gain?

A: The program may help offset money the health overhaul will cost firms. For instance, dozens of firms reported last month that they will write down millions of dollars because of tax changes related to retiree benefits. Telecommunications giant AT&T said the tax change would cost it $1 billion, a one-time charge that reflects losses in future years. Verizon wrote off $970 million, and tractor company Deere took a $150 million charge.

The Business Roundtable, a coalition that includes executives from those firms, said in a statement last week that the $5 billion subsidy “reduces costs and allows many of our member companies to continue providing this critical coverage.”

Q: Where did the idea come from?

A: In 2004, Sen. John Kerry, D-Mass., ran for president on a platform that included a very similar, but much bigger, reinsurance plan. Kerry and Sen. Debbie Stabenow, D-Mich., whose state is home to many labor unions, took credit for crafting the current program in statements after the new law passed in March.

Q: Are firms likely to shed benefits for retirees between now and the program’s end?

A: The subsidies are meant to help retirees keep the coverage they have now, until the health law is rolled out and they have more options. Valerie Jarrett, the White House business liaison, pointed out in a May 4 blog post that in 1988, 66 percent of large firms – those with more than 200 employees – offered health benefits to retirees, compared with 31 percent in 2008. Experts such as Frank McArdle, an executive at benefits consulting firm Hewitt, say the decline has stabilized. But, McArdle said, the recession could put pressure on firms to further cut benefits for early retirees.

A: Workers who retire early will have more insurance options when the rest of the health law goes into effect. For one thing, the new law requires creation of state-based exchanges, or marketplaces, to make it easier for people to buy insurance. It also calls for hundreds of billions of subsidies to help lower-income people buy the coverage. And it bars insurers from rejecting people because of health problems.

Some experts say that the creation of new options for early retirees might actually contribute to an erosion of health benefits for the group. “One of the reasons (firms) haven’t dropped retiree benefits is that retirees have no alternative,” said Paul Fronstin of the Employee Benefit Research Institute. “The exchanges are that alternative.”