SALT LAKE CITY – When a car rolls off an assembly line, the automaker knows exactly what parts, labor and facilities cost.  Not so in health care, and now some health executives are trying to change that.

Although U.S. hospitals account for the single largest chunk of the nation’s $2.7 trillion in health spending, few of them can say how much it actually costs them to care for every patient they admit.

“To think that health care is this ‘ginormous’ business that doesn’t understand costs is mind-blowing,” said Vivian Lee, senior vice president for health sciences at the University of Utah, an academic medical center with four hospitals and 1,330 physicians.  In 2012, Lee was stunned when she challenged senior managers and physicians to find ways to reduce spending, and “they said, ‘We don’t know what it costs, so how can we manage it?’” 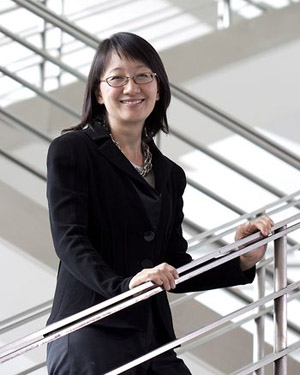 Today, the Utah health system is one of a handful in the nation with a data system that can track cost and quality for every one of its 26,000 patients. That data is shared with doctors and nurses for further input about ways to streamline cost and improve care.

In the first year, the system shaved nearly $2.5 million from a $1 billion budget, and officials say they’re in a better position to negotiate with insurers because they know precisely how much it costs to perform a particular procedure.

Their calculations include not just the salaries of doctors and nurses, but also those of cleaning crews, cafeteria workers and anyone who interacts with the patient – as well as the costs of drugs, lab tests and supplies, from gauze and surgical mesh to implants.

Several other systems, including MD Anderson in Houston and Intermountain Healthcare in Utah, are among a handful nationwide that have made such ambitious efforts.

“The primary purpose is to get better outcomes for patients while spending less,” said Bob Kaplan, a professor emeritus at Harvard Business School who blames the rapid escalation in health spending partly on the industry’s inability to measure cost and quality.

For now, the savings are accruing mainly to the health system, but they may lead to lower prices which make their way to consumers in the form of smaller insurance premium increases, as well as better care.

To be sure, most hospitals have long lists of prices they charge for every service — from aspirin to MRI scans — and those end up on bills given to insurers and patients.  But most hospital charges have little or no connection to what a supply, service or episode of patient care actually costs the facility.

For decades, hospitals had set those prices using an opaque process that relied on abstruse formulas to account for factors such as unpaid bills and inflation. The list prices that resulted were more akin to a car’s sticker price, used as a starting point for negotiations with insurers, who generally win substantial discounts.

“Some organizations are now trying to do what they do in other industries, such as manufacturing, where they know how much it takes to make the widget, in terms of time and materials,” said Cynthia Ambres, a principal at consulting firm KPMG.

The developments are key at a time when hospitals’ very survival may depend on how well they understand their costs.

“There will be hospitals that don’t … but they will go out of business,” warns Steve Johnson, who helped develop the new tool at the Utah health system.

Hospitals face huge financial pressures: Medicare payments are being squeezed. Insurers and employers are increasingly demanding data about quality and costs. And many policy experts, insurers and Medicare officials are urging a move away from the traditional way hospitals are paid – for each service, doctor visit and drug – to flat or “bundled” payments for a patient’s care.

Kaplan warns that without understanding “where inefficiencies, fat and waste are,” hospitals under pressure to reduce spending may make the wrong cuts.

At the University of Utah, Lee gathered experts across departments — from information technology, the data warehouse and the medical group — freeing them from their usual duties and sequestering them in a large room with an expansive view of Salt Lake City.

They developed a tool that today can pull data within minutes for an entire department and every physician and procedure within it, as well as for every patient treated.

Variations popped out: Why did the same surgery done by some physicians cost so much more than others? Were lower-cost drugs working as well as more expensive ones? Were lab tests being ordered unnecessarily?

Answers to some of those questions have helped the system trim costs in the past year, including:

— $556,300 from reducing the length of stays after kidney and liver transplants;

— $498,700 from developing standardized protocols for when to give patients expensive immune-system boosting drugs;

— $452,000 from lab test savings. Turned out, it wasn’t the really expensive tests that were driving up costs, but the sheer volume of lower-cost, often unnecessary ones.

In orthopedic surgery, for example, analysts found the cost of the same joint replacement surgery, performed by 10 different surgeons, varied by as much as $19,000.

When they drilled deeper, they realized that some surgeons focused on complex trauma and cancer patients. But even after taking that into account, cost still varied widely.

One reason was the different prices of the implants. The surgeons researched quality and agreed on a standard set that worked best.

They also created quality measures, including tracking whether patients were admitted to the orthopedic surgery wing, where nurses and other staff are experienced in their after-care. They found that patients did better if they began physical therapy on the same day as their surgery, and rescheduled therapists to be available late in the day.

Patients whose care meets all the standards are considered to have “perfect care.” Since the “perfect care” standard was adopted, the percent of patients getting it has risen from 40 percent to more than 80 percent while direct patient care costs have fallen.

While all hospitals need to better understand costs, many analysts say they can do that without going to the same lengths as Utah, said Jonah Czerwinski, managing director of strategic planning at the Advisory Board.

“The challenge is striking the right balance,” he said.

Lee believes that hospitals that develop the right tools will be the most responsive. “Ultimately, the entire health care system will be held accountable to provide high quality at lower costs,” she said.

Retooling Hospitals, One Data Point At A Time