In the 23 years since New York State began publishing hospital death rates of coronary artery-bypass graft patients, the number of publicly reported outcome measures has proliferated. There are now 258 public reports on health care quality available around the country, according to the Robert Wood Johnson Foundation. 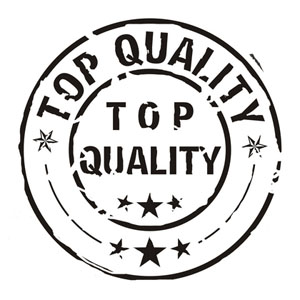 Researchers are still studying what impact this transparency movement has had. The latest such effort, published Tuesday by the Journal of the American Medical Association, looked at three states that publicly report the results of heart attack patients receiving angioplasties, stents and other percutaneous coronary interventions (PCIs).

The study compared the utilization rates and outcomes of PCI in those states — New York, Pennsylvania and Massachusetts — with a control group of neighboring states that don’t: Maine, Vermont, New Hampshire, Connecticut, Rhode Island, Maryland and Delaware. The researchers found no difference in the rates of PCI patient mortality between the transparency states and the control states.

But they did find that states that publicly reported their PCI rates tended to do fewer of them, particularly for the sickest patients — who are those most likely to die. In Massachusetts, the drop in PCI rates began after the state began publishing the information in 2005. (The study didn’t look at the before and after rates in New York and Pennsylvania, because public reporting has been going on for more than a decade in both places.)

The paper surmises two possible causes for why public reporting is associated with lower rates of PCI:

“It is possible that many of the foregone procedures were futile or unnecessary, and public reporting focused clinicians on ensuring that only the most appropriate procedures were performed. Alternatively, public reporting may have led clinicians to avoid PCI in eligible patients because of concern over the risk of poor outcomes. Although policy makers have made efforts to ensure that risk adjustment models account for patient complexity, prior qualitative work suggests that clinicians remain concerned about receiving adequate ‘credit’ for the comorbid conditions of their own patient population.”

Dr. Karen Joynt, a Boston cardiologist and the study’s lead author, said the lesson is that “if we’re going to do transparency, we ought to figure out how to do it right.” Among the needed improvements, she said, are that “we need to do a better job with the risk adjustment so that hospitals that take care of really, really sick patients feel they get credit for doing so.”