ATLANTA — Shela Bryan, 63, has been comparing prices for individual health insurance plans since May, and she can’t believe what she sees.

Bryan, who lives in Hull, Ga., a hamlet of about 200 near Athens, was on her husband Tony’s insurance plan for decades. When Tony died in 2013, she continued his workplace coverage through COBRA, and she had to pay almost the full price of the insurance — about $800 a month. That was high, but it was “the Cadillac of insurance,” Bryan said, with low copays, prescription drug coverage and a $500 deductible. That option will run out in a few months.

So she is turning to the individual insurance marketplace in what is shaping up to be the most expensive year for the 400,000 or so consumers in Georgia who buy individual policies but don’t purchase them on the health law’s marketplaces. About 10 million Americans buy individual insurance coverage either on or off the marketplaces and get no federal subsidies to help bring down the cost, according to the Congressional Budget Office. About the same number get the financial assistance for the plans they purchase on the exchanges.

“For those receiving subsidies, the subsidy protects them against the increase. If they’re not eligible, they’ll be paying a lot more. And the more premiums go up, the higher the cliff,” said William Custer, a health policy and insurance expert at Georgia State University.

In Georgia, consumers who don’t get insurance through their employers or don’t qualify for tax credits to help pay for policies they purchase are facing double-digit premium increases. Blue Cross Blue Shield of Georgia, the only insurer offering plans throughout the state, received an increase of more than 21 percent from the state insurance commissioner. Humana was awarded a 67.5 percent hike.

Numbers like those are rattling other states too. BlueCross BlueShield of Tennessee was granted a 62 percent rate hike, while state officials approved a 46 percent increase for Cigna. Florida authorities gave plans there an average 19 percent bump. And last week, Minnesota officials announced that premiums for the seven insurers on the individual market are rising 50 to 67 percent.

The insurers are now adjusting for some miscalculations, said Graham Thompson, executive director of the Georgia Association of Health Plans. “The prices are up this year, but our hope is that things will settle down after this year,” he said.

While consumers have faced sticker shock, the insurers have faced what might be called “sicker shock,” which has sent their prices spiraling. They are adjusting premiums after finding that the pool of clients buying plans on the individual market were sicker and more costly than expected when the health law was implemented.

Almost two-thirds of Americans get their coverage from plans offered through their workplaces. But those who don’t can buy either on or outside the health law’s marketplaces, also called exchanges. Those with marketplace coverage who earn up to 400 percent of the federal poverty level — $47,520 for an individual — are entitled to a subsidy, and federal officials say most will pay less than $75 a month for insurance. 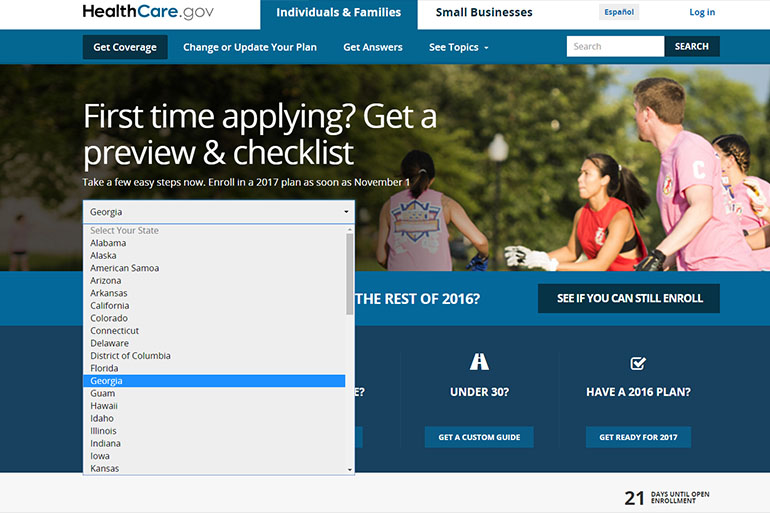 Policies sold off the marketplaces must still meet health law standards and the same prices as plans offered on the exchange, according to Linda Blumberg, a senior fellow at the Urban Institute.

Federal and Georgia officials note that customers can change plans each year to find a better price, but that also can result in higher deductibles and may force a change in doctors to stay in network.

Bryan, who makes just over the $47,520 limit for a subsidy, finds herself in that market now.

“I’ve worked … all my life,” said Bryan, a maintenance supervisor who has been employed for more than 40 years. “We’re the ones entitled to something, because we’ve worked. They tear me up in taxes and then they say my income is too high for a subsidy?”

She could end up paying as much as $14,000 in premiums for a pared-back policy the likes of which she had never imagined, she said, with no coverage for her asthma and high blood pressure medications. The cheapest policies amount to more than a quarter of her yearly income, or double her mortgage, she noted.

That total package would increase her premiums $4,400 over what she is paying for her COBRA plan and raise her deductibles by $5,800, for a possible increase in costs of $10,200. And that was based on 2016 premium prices.

For a state struggling with how to extend coverage to its nearly 1.4 million uninsured, the added frustration, anger and fear of the rising premiums complicates Georgia’s already complex health care landscape.

Elena Hamilton of Dunwoody has seen her premiums nearly double in the first three years under the Affordable Care Act. She does not receive a premium subsidy and is afraid of what she will find when the exchanges open Nov. 1. And she, unlike Bryan, isn’t looking until she has to.

“Under this program with Obama, things just keep going up and up and up. People who own small businesses are hurt, the middle class is hurt,” said Hamilton.

Bryan said she feels like she is paying for other people’s subsidies with her high premium. 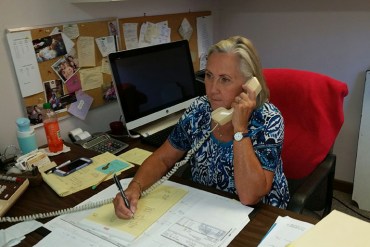 Shela Bryan of Hull, Ga., is looking for a new health insurance policy but has been stunned by the prices that consumers like her, who don’t get federal subsidies, must pay. (Steven Bush/Courtesy of Shela Bryan)

But the Urban Institute’s Blumberg explained that the subsidies do not work that way.

“It is not the people paying full premiums who are paying for the lower-income person,” she said. Federal dollars are already allocated for that.

Yet Blumberg said she understands why people like Bryan would be upset.

“For a lot of modest income people, this can still feel expensive to them,” Blumberg said. “I actually think we’ve underinvested [in the amount set aside for subsidies]. I sympathize with it enormously.”

The federal Department of Health and Human Services announced Tuesday that as many as 95,000 people who buy insurance off the exchange in Georgia and 2.5 million nationally may be eligible for a subsidy and not know it.

Bob Laszewski, a health policy strategist in Washington, D.C., said the Obama administration and health care advocates need to listen to the complaints of the those who do not receive assistance.

“These people are invisible,” Laszewski said. The ACA “is working very well for lower income people, but the Obamacare supporters missed the fact that if you’re raising a family of four on $100,000, you’re not rich. This is the … guy who remodeled your house, who drives a pickup truck and he’s wearing a Trump hat.”

This flaw in the law needs correcting, he said. Offer a wider range of options, he suggested, so that more middle-class people can afford it.

Individual brokers said they are calling their clients, bracing them for higher premiums.

“I’ve been talking to a lot of people who are concerned,” said Childers.

Childers said he’s working with a man who makes just above the subsidy limit for a family of four. For a scaled-back, nearly catastrophic plan — with a deductible of $6,450 — the monthly premium would be $1,600. “And he can’t afford that,” Childers added.