Martha Roherty represents people who are facing a perfect storm. 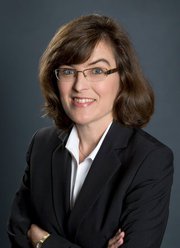 As the executive director of the National Association of States United for Aging and Disabilities, Roherty knows what’s happening to officials in charge of state programs that help older and disabled residents get access to basic services. For the past few years, they’ve been facing big state budget cuts, layoffs of key personnel and an increasing demand for services. And the situation has done nothing but get worse.

KHN’s Peggy Girshman talked with Roherty at the recent meeting of the American Society on Aging.

Here are edited excerpts of the interview:

What’s happened to these services in the past three or four years?

In addition to the fiscal downturn, [there have been] huge cuts in the non-Medicaid side of long-term services and supports. A lot of those are the softer, pre-Medicaid services you would get, like meals delivered, personal care services, homemaker respite. All of those have been slashed, slashed, slashed, slashed, slashed because they’re not mandatory. They’re not part of the Medicaid program [which funds nursing home stays] and as states have tried to balance their budgets, they’ve had to cut those things. So that’s been a big challenge for us.

It’s the things that allow people to keep their family members at home longer. Or, hopefully, indefinitely.

Can you describe how people have used these services over time?

A lot of people who call aging and disability centers for information, the first thing they’ll say is “Mom needs to go into a nursing home.” In fact, when they’ve done the benefits work and the options counseling, they end up needing things like meals delivered and maybe somebody to check on Mom and maybe some light housekeeping. And they never even need to go into the more expensive services.

And, not only that, most of the time the family will accept the cost of doing it. It’s not that they want the government to take care of it, they just don’t even know who to call or what to do. Sometimes it’s even as simple as a home modification. We can put ramps into places and people can stay at home longer.

Is every state seeing cuts this way?

Yes. Unequivocally. Yes. And three years in a row.

In state fiscal year ’09, the cuts were not as bad. They were like 5 percent or less, in most of the cases. The next year, they got a little steeper. But they were on top of the cuts they had sustained the year before. So they add up. And now we’re seeing states that are having to make up gaps of 25 percent. And the only thing you can do in that case is to eliminate whole programs. They’re working with significantly reduced staffs because they’ve cut state employees first.

What’s the role of the health law in all this, as we look down the road?

We picked up 16 million people in Medicaid in 2014 — that’s a lot of extras. We’re assuming that they will have significant health issues. It’s very difficult to stay at that level of poverty and not have health issues.

What we’ve seen in the Massachusetts model, which is a similar model to the national model, was that right at the beginning, those people when they come into the program, they deferred health concerns for a long time so they’re sicker when they first come in and they’re high-cost, sicker patients. That does level out a little bit, but in the beginning, there’s a spike. So that will put additional pressure on the already-pressured states. So I think there’s a nervousness around all of the additional population that’s coming in.

When you think of a year or two or three down the road, what is your biggest worry, or what wakes you up in the middle of the night in a cold sweat?

I really do worry about the state staff. We have lost so many really qualified, excellent state staff to furloughs and to early retirements that the people that know how to trim programs without really trimming services, a lot of them have had to retire. And states don’t have the institutional knowledge to know if you do X, Y can occur. So they don’t see some of the unintended consequences of their actions. And I think that some of the short-sightedness of the state legislatures — that if they don’t get the savings in the first year, they’re not wanting to do programs — that’s very concerning.

I’m hoping that we’ll begin to see the end of the crisis that we’ve been in for the last three years, soon. Because I don’t know how much more sustainable it is.

Can you talk a little bit about the turnover? How many people in these programs are new?

There were 37 governors up for election. We immediately lost about 20 of the state directors. We expect to have a total of 32 who will have transitioned out. It is a political job in most states. That’s a lot of new people. And because we switched parties in 16 states, they went down further and eliminated some of the other political appointments. So some of the institutional knowledge also left during that period. There’s an awful lot of new aging and disability directors trying to learn all of the Affordable Care Act (the federal health care law) at the same time as they deal with the economic crisis.

And is this a field these people know and understand? Are they getting jobs because they’re the best qualified, among the political jobs? Are they coming in with some background?

It is a political position and so the Number 1 criterion is their relationship with the governor. It doesn’t matter if they’re an expert in aging if they can get to the governor and get things done and they’re a good manager. But it does make it a little tough when they don’t know any of the programs.