The state health reforms overseen by Mitt Romney while he was governor of Massachusetts have received significant attention throughout this campaign season. But the health policy record of the presumptive Republican presidential nominee goes beyond this state law to include a range of hot-button issues — from the future of the federal health law to plans to revamp Medicare and Medicaid costs as well as a range of market-based initiatives –- that will continue to draw attention as the November election approaches.

KHN has assembled this resource to show in detail how these positions are taking shape. 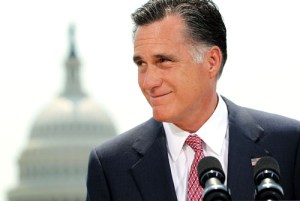 “Mr. President, if, in fact, you did look at what we did in Massachusetts, why didn’t you give me a call and ask what worked and what didn’t? … I would have told you, Mr. President, that what you’re doing will not work. It’s a huge power grab by the federal government. It’s going to be massively expensive, raising taxes, cutting Medicare.” – Romney, GOP candidate debate, June 13, 2011

“I like what I proposed in Massachusetts when I was governor. And even though the final bill and its implementation aren’t exactly the way I wanted, the plan is a good model. Today, almost every Massachusetts citizen who had been uninsured now has private, free-market coverage, and we didn’t have to raise taxes or borrow money to make it happen. We may find even better ideas in other states. But let’s make certain that conservative principles are front and center. A big-government takeover of health care is the next thing liberals are going to try, and it’s the last thing America needs” – Romney, CPAC Convention, Feb. 27, 2009.

“I wouldn’t repeal it. I’d reform Medicare and reform Medicaid and reform Social Security to get them on a sustainable basis, not for current retirees, but for those in their 20s and 30s and early 50s” – Romney, Tampa Tea Party Debate, Sept. 12, 2011.

On The Health Care Marketplace, Romney:

“The reason health care is so expensive … is not just because of insurance, it’s because of the cost of providing care. And one reason for that is the person who receives care in America generally doesn’t care how much it costs, because once they’ve paid their deductible, it’s free. And the provider, the more they do, the more they get paid … And so what we have to do is make sure that individuals have a concern and care about how much something costs. And for that to happen [we need] health savings accounts. Give people a stake in what the cost of insurance is going to be, what the cost of it is going to be. Co-insurance, where people pay a share of the bill, that makes a difference.” – Romney, Tampa Tea Party Debate, Sept. 12, 2011.

“I want people to be able to own their own insurance, if they wish to. And to buy it for themselves and perhaps keep it the rest of their lives and to choose among different policies offered from companies across the nation,” he said. “That means the insurance company will have an incentive to keep you healthy. It also means, if you don’t like what they do, you can fire them.” — Nashua, New Hampshire, Jan. 9, 2012

“My view is get the federal government out of Medicaid, get it out of health care. Return it to the states.” – Romney, South Carolina GOP Primary Debate, Jan. 20, 2012.

The Daily Beast:  The Answer Is Unleashing Markets, Not Government
Our divide is fundamental: Republicans believe health care can be best guided by consumers, physicians and markets; Democrats believe government would do better. Some Democrats would have government buy health care for us; set the rates for doctors, hospitals and medicines; and decide what medical treatment we would be entitled to receive for each illness. If you liked the HMOs of the ’80s, you’d love government-run health care…But government can’t match consumers and markets when it comes to lowering cost, improving quality and boosting productivity…The right answer for health care is to apply more market force, not less (Mitt Romney, 05/01/09).

A Sampling Of KHN Video Clips

Boston Globe:  Preston’s Blueprint
Long before Mitt Romney unveiled his ambitious plan to provide health insurance to everyone in Massachusetts, he hired Ron Preston — “the best health and human services secretary in the nation,” as the governor once called him – to work on a plan to do in the Commonwealth what no other state has been able to do. Romney took the wraps off his vision in November 2004, and Preston, apparently no longer the best health and human services secretary in the nation, was nudged out by the next May.  Preston and a tight group from inside and outside the administration spent six months answering Romney’s basic question: Could it be done? Their answer: Yes, Massachusetts could insure all its residents. But how the Preston working group planned to do it differed, in critical aspects, from what Romney eventually proposed (Bailey, 1/11/06).

FactCheck.org: ‘Romneycare’ Facts And Falsehoods
As the 2012 presidential campaign gets under way in just a few months (believe it or not), we expect to see an increasing number of attacks on so-called “RomneyCare.” So as part primer and part preemptive fact-checking, this article is our attempt to set the record straight (Robertson, 5/25/11).

Boston Globe: Romney And Health Care: In The Thick Of History
The former governor has faced a fusillade from the right for the plan they call RomneyCare. But a look back at the birth of the Massachusetts law shows why he can’t, and won’t, back away. It was an amazing political feat, and no one’s role was bigger than his (Mooney, 5/30/11).

Boston Globe: ‘RomneyCare’ – A Revolution That Basically Worked
The former governor’s health plan is a policy piñata among his rivals. But a detailed Globe review finds the overhaul has achieved its main goals without devastating state finances. The remaining worry is future costs (Mooney, 6/26/11).

New York Times: Ted Kennedy Helped Shape Mitt Romney’s Career, And Still Haunts It
When Gov. Mitt Romney signed legislation in April 2006 requiring most Massachusetts residents to have health coverage, Sen. Edward M. Kennedy stood by his side, beaming like a proud father. They were onstage at historic Faneuil Hall in Boston, a setting that had a special resonance for the two (Stolberg, 3/24/12).

The Real Romney (book): Pride In RomneyCare Shows In Official Portrait
In 2008, for Romney’s official portrait, he had been clear about the image he wanted to convey for posterity. He would be sitting on his desk in front of an American flag, next to symbols of two things he held dear. The first was a photo of his wife, the center of his personal universe. The second was the Massachusetts health care law, represented by an official-looking document with a caduceus–often used as a symbol of the medical profession–embossed in gold on the cover. Romney was deeply proud of the law and felt strongly that it should figure prominently in the portrait, which would hang alongside others dating back to the Colonial era. He wanted to be remembered for that (Kranish and Helman, p. 261-262, 1/17/12).

NPR: Romney On The Health Insurance Mandate
In 2006, as Massachusetts’ governor, he talked about the state’s mandate in decidedly non-ideological terms: “We’re going to say, folks, if you can afford health care, then gosh, you’d better go get it; otherwise, you’re just passing on your expenses to someone else. That’s not Republican; that’s not Democratic; that’s not libertarian; that’s just wrong” (Liasson, 5/25/12).

New York Times: Jonathan Gruber, Health Care’s Mr. Mandate
After Massachusetts, California came calling. So did Connecticut, Delaware, Kansas, Minnesota, Oregon, Wisconsin and Wyoming. They all wanted Jonathan Gruber, a numbers wizard at M.I.T., to help them figure out how to fix their health care systems, just as he had helped Mitt Romney overhaul health insurance when he was the Massachusetts governor. Then came the call in 2008 from President-elect Obama’s transition team, the one that officially turned this stay-at-home economics professor into Mr. Mandate (Rampell, 3/28/12).

Los Angeles Times: Romney’s Health Care Plan May Be More Revolutionary Than Obama’s
As he pushes to “repeal and replace” President Obama’s healthcare law, former Massachusetts Gov. Mitt Romney has turned to proposals that could alter the way hundreds of millions of Americans get their medical insurance. In public, Romney has only sketched the outlines of a plan, and aides have declined to answer questions about the details. But his public statements and interviews with advisors make clear that Romney has embraced a strategy that in crucial ways is more revolutionary — and potentially more disruptive — than the law Obama signed two years ago (Levey, 4/23/12).

Boston Globe: Mitt Romney’s Plan May Undercut Mass. Law
A proposal by Mitt Romney to curtail Medicaid spending would dramatically undercut the way the Massachusetts health care overhaul law has achieved near universal coverage. Although the specifics of Romney’s plan are not public, his overall intent – to rein in how much Medicaid money Washington sends to the states – would probably cripple the Massachusetts health care law, which was made possible by an expansion of Medicaid funding. If Romney succeeds, the result could have an ironic twist: the governor who ushered in the country’s first universal health plan would, as president, put in place policies that could undermine one of his signature achievements (Jan, 5/4/12).