A federal law that passed in 2008 was supposed to ensure that when patients had insurance benefits for mental health and addiction treatment, the coverage was on par with what they received for medical and surgical care. But until now, the government had only spelled out how the law applied to commercial plans. 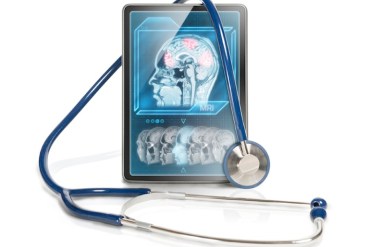 That changed Monday, when federal officials released a long-awaited rule proposing how the parity law should also protect low-income Americans insured through the government’s Medicaid managed care and the Children’s Health Insurance Program (CHIP) plans. The proposed regulation is similar to one released in November 2013 for private insurers.

“Whether private insurance, Medicaid, or CHIP, all Americans deserve access to quality mental health services and substance use disorder services,” said Vikki Wachino, acting director at the Center for Medicaid and CHIP Services.

Medicaid and CHIP programs are funded jointly by the federal and state governments.

Even if the state has carved out some benefits under a separate behavioral health plan, patients would be protected under the rule. Medicare patients are generally not affected by the regulation, nor are those in Medicaid fee-for-service plans . But the rule does affect the majority of the 70 million people on Medicaid who are in managed care plans, and the 8 million children covered by CHIP plans.

Insurers, advocates and the general public will have a chance to comment on the proposed rule. The government will then release a final version.

The proposal would mean that plans no longer could have hard limits on coverage such as a certain number of mental health visits in a year. And if a patient were to be denied treatment for a mental health or substance use disorder, the insurer would have to explain why.

“Even if this rule goes forward, it’s going to be at least another 18 months to implement it. We’re going to be a decade … between when the law was passed and when it’s going to be effective,” said Kennedy. “It’s very emblematic of what we’ve always faced in mental health. We’re always secondary and an afterthought in health care.”

Kennedy and other advocates across the country say commercial insurance plans have been slow to implement the parity law, even though they have had a final rule for more than a year. Patients still face discrimination in their mental health and substance abuse care, Kennedy said, and the federal government has not aggressively enforced the law.

“We have a lot of lessons learned already on the failure of parity to be enforced in commercial plans. We definitely will be carrying over those same problems [into Medicaid plans] if we don’t correct them in time,” he said.

The responsibility for enforcing the new regulation will fall first to state Medicaid agencies. Matt Salo, executive director of the National Association of State Medicaid Directors, said the rule is a welcome development.

“Medicaid has quietly become the largest payer of mental health services in the country,” Salo said. “Medicaid directors are hopeful that parity ultimately helps to level the playing field, which would allow more people to get the care they need at the right time, and ultimately reduce future reliance on Medicaid.”

In the short term, the rule is expected to cost state Medicaid programs $150 million in additional behavioral health costs. “Because of decades of insufficient investments from other payers, approximately 30 percent of all Medicaid dollars are spent on individuals with behavioral health needs. These regulations will lead to increased coverage of — and therefore spending on — behavioral health services for Medicaid beneficiaries in managed care or other capitated care models,” Salo explained.

Mario Molina, CEO of Molina Healthcare, a large Medicaid health plan based in Long Beach, Calif., said he applauds the government’s plan to have the parity law apply to Medicaid plans. “It’s a great idea,” he said.

Even with parity provisions, however, Molina said he worries about the shortage of mental health providers in Medicaid. “It won’t impact the number of providers, but it will increase demand for them,” he said.

Emily Feinstein, the director of health law and policy at substance abuse and addiction center CASAColumbia, worries that access to care will make parity difficult to achieve in practice.

The parity rule “will not be enough to overcome all of the barriers that patients face in accessing care, including an insufficient number of in-network providers,” she said. Under the proposed rule, however, plans that allow access to out-of-network providers for physical health issues must provide access for mental health as well, she said.