Aaron Albaugh peered out from under the brim of his cowboy hat, surveying the acres of hayfields in front of him. The fourth-generation rancher has raised about 450 cattle this year, in this remote corner of Lassen County, Calif.

His closest neighbor lives a half-mile away. “And that’s my brother,” Albaugh said.

Living a half-day’s drive from civilization, you learn to do without, he explained. If your refrigerator breaks, you put your food on ice until the weekend when you can go buy a new one. With health care, it’s the same thing.

For people who were already used to doing without health coverage, it was quite a culture shock when the Affordable Care Act came along and they were told they had to buy it. Residents complained that the premiums and deductibles were too high — and with only two insurers selling plans in their area, there wasn’t enough competition to bring down prices.

Many in this Republican corner of California are looking to the GOP majority in Congress to bring some relief. But for most of them, prices would jump even more under the main proposals the party has served up so far, and fewer services would be covered, according to analyses by the Kaiser Family Foundation. (Kaiser Health News, which produces California Healthline, is an editorially independent program of the foundation.)

“Being told you have to have insurance you can’t afford, and then that doesn’t cover what you need? You are stuck,” said Modoc County resident Althia Cline, who decided to forgo Obamacare coverage — and a surgery she needs to help with her asthma — when she couldn’t find a health plan that her doctors accepted.

Just like the movie theater and the bowling alley, most medical specialists are miles away. In Modoc County, there’s no hospital or birthing center where a woman can have a baby. Tessa Anklin, who lives in Canby, Calif., gave birth to her son and daughter over the border in Oregon, an hour and a half from home.

Anklin makes about $33,000 a year as a dental receptionist. Her husband does seasonal work baling hay and herding cattle at local ranches. While their kids are covered by Medi-Cal, neither parent gets health insurance through work, and before the Affordable Care Act passed, Anklin and her husband did without coverage for a while. 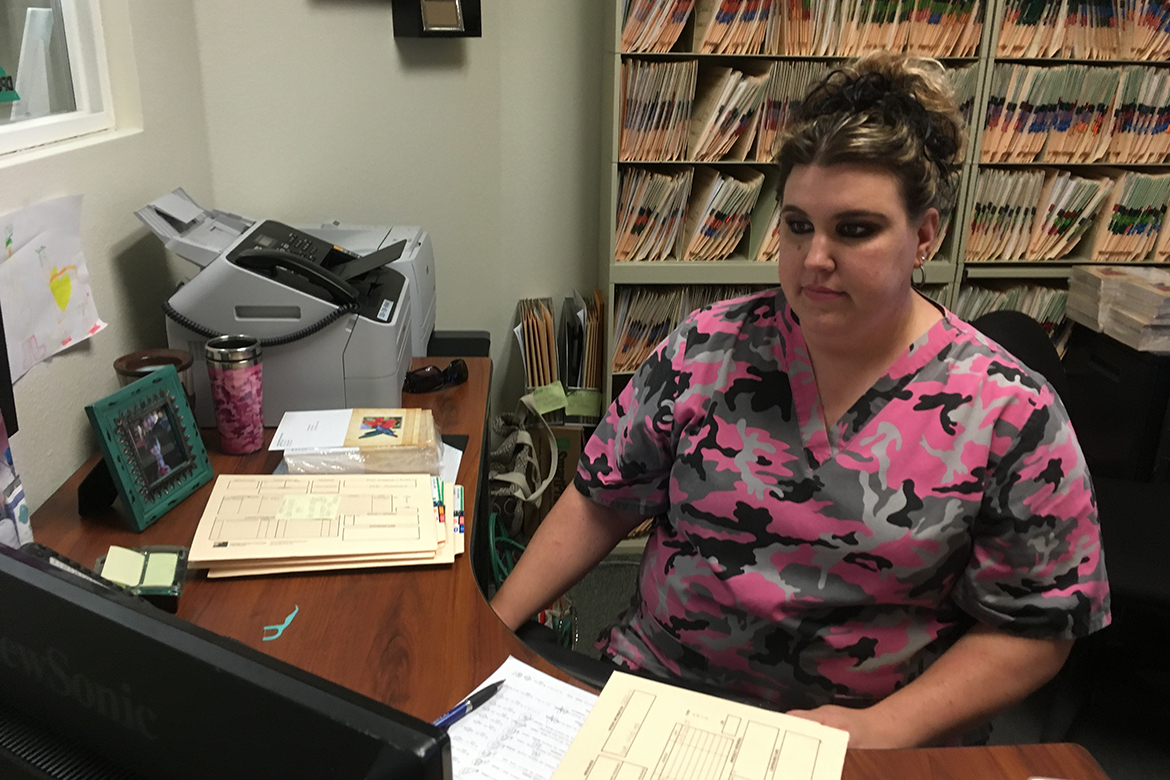 Two years ago, they bought a plan through Covered California. Their monthly premium was just $2 a month after the ACA subsidy, but their annual deductible was $10,000.

“We paid for all of our medical services and our prescriptions,” she said. “We had no help until we reached the $10,000 deductible. So really, we had nothing.”

Then, last year, their monthly premium jumped to $600. Anklin said she’s not sure what happened. It’s possible a technical glitch caused them to lose their subsidy. All she knew was that the plan was the same, their household income was the same, and they still faced the same hour-and-a-half drive to see doctors they almost never needed.

Anklin thought of all the other ways they could spend that money.

“It makes the car payment. Almost your mortgage payment. Groceries for at least four months,” she said. “That’s a big difference, when you think about how little you actually use the health coverage.”

That’s the reason they decided to cancel their health plan this year and go without insurance. But they’ll still have to pay a penalty when the next tax season comes around.

“It basically penalizes us one way or the other because we can’t afford the coverage,” she said. “So, that’s kind of difficult — to be that middle-class person.”

Anklin said she’d be happy to see Republicans get rid of Obamacare.

“To me, it’s no good, if you have to force people to pay yet another something out of their paycheck,” she said, “when they’re already trying to survive with what they have.”

But the Republican “repeal and replace” plan wouldn’t make things much better for Anklin and her neighbors. Average premiums in California would double under the   U.S. Senate plan, according to a recent analysis from the Kaiser Family Foundation. Anklin could end up paying roughly $2,000 more per year for the cheapest individual plan than under Obamacare, according to Kaiser’s county-by-county projections.

That’s not the kind of fix she had in mind.

With Republican health care plans in flux, Democrats have been more willing to admit to Obamacare’s flaws. The Dems agree that the rising costs of marketplace plans are the chief complaint they hear about, too.

Democrats have also said if the Republican repeal effort fails, they’d be willing to work together on solutions. But it’s not clear the parties could agree on one that would help people like Anklin.

If they can’t, Anklin said, she has no choice but to continue to go without coverage. Financially, it makes sense in the short term, but she still worries about an unforeseen surgery, serious illness or accident.

“If I ever have a problem,” she said, “I know I will be paying for the rest of my life.”

This story is part of a partnership that includes KQED, NPR and Kaiser Health News, an editorially independent program of the Kaiser Family Foundation.

Rural Californians Want Price Relief From GOP Health Bill, But Unlikely To Get It