MOUNT VERNON, Texas—Despite residents’ concerns and a continuing need for services, the 25-bed hospital that served this small East Texas town for more than 25 years closed its doors at the end of 2014, joining the ranks of dozens of other small rural hospitals that have been unable to weather the punishment of a changing national health care environment.

For the high percentages of elderly and uninsured patients who live in rural areas, closures mean longer trips for treatment and uncertainty during times of crisis. “I came to the emergency room when I had panic attacks,” said George Taylor, 60, a retired federal government employee. “It was very soothing and the staff was great. I can’t imagine Mount Vernon without a hospital.” 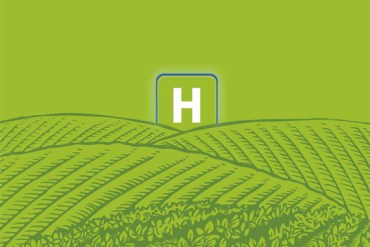 The Kansas-based National Rural Health Association, which represents around 2,000 small hospitals throughout the country and other rural care providers, says that 48 rural hospitals have closed since 2010, the majority in Southern states, and 283 others are in trouble. In Texas along, 10 have changed.

“If there was one particular policy causing the trouble, it would be easy to understand,” said health economist Mark Holmes, from the University of North Carolina, whose rural health research program studies national trends in rural health care. “But there are a lot of things going on.”

Experts and practitioners cite declining federal reimbursements for hospitals under the Affordable Care Act as the principal reason for the recent closures. Besides cutting back on Medicare, the law reduced payments to hospitals for the uninsured, a decision based on the assumption that states would expand their Medicaid programs. However, almost two dozen states have refused to do so. In addition, other Medicare cuts caused by a budget disagreement in Congress have also hurt hospitals’ bottom lines.

But rural hospitals also suffer from multiple endemic disadvantages that drive down profit margins and make it virtually impossible to achieve economies of scale.

These include declining populations; disproportionate numbers of elderly and uninsured patients; the frequent need to pay doctors better than top dollar to get them to work in the hinterlands; the cost of expensive equipment that is necessary but frequently underused; the inability to provide lucrative specialty services and treatments; and an emphasis on emergency and urgent care, chronic money-losers.

Rural health care experts caution that national and state officials need to address the problems for rural hospitals or they could face a repeat of the catastrophic closings that followed changes in the Medicare payment system 30 years ago. That 1983 change, called the “prospective payment system,” established fixed reimbursements for care instead of payments based on a hospital’s reported costs. That change rewarded large, efficient providers, but 440 small hospitals closed before the system was adjusted in 1997 to help them. Those adjustments created the designation of critical access hospitals for some small, isolated facilities, which are exempted from the fixed payment system.

“And now, beginning in 2010, we’ve had another series of cuts that are all combining to create another expansion of closures just like we saw in the ‘90s,” said Brock Slabach, senior vice president of the Rural Health Association. “We don’t want to wake up with another disaster.”

The current surge in closures means federal officials need to come up with new legislation to halt the recent cuts to small hospitals in order to “buy time” to figure out how rural hospitals should effectively operate in the future, said the association’s chief lobbyist, Maggie Elehwany. “It is important to stop the bleeding right now.”

In Mount Vernon, a town of 2,678 people nestled in grassland and dairy country about two hours east of Dallas, family practitioner Jean Latortue has taken out a lease on the now-vacant hospital building to convert it into an outpatient and urgent care clinic at his own expense. Reopening may be a risky move, he acknowledged, but the need is there.

“The community went into panic mode,” he said. “I figured I had to step up.”

The non-profit ETMC Regional Healthcare System, based in Tyler, Texas, closed the Mount Vernon hospital and two others of its then-12 rural hospital affiliates because it could no longer sustain operating losses that had persisted for five years.

“There was no ill will,” Franklin County Judge Scott Lee said in an interview from his Mount Vernon office. “They were losing money. We had a good working relationship for years, and they had a business decision to make.”

Perry Henderson, senior vice president of affiliate hospitals for ETMC, a major health care provider in East Texas, noted that rural hospitals have many uninsured patients, and Medicare accounts for “60 to 70 percent of the business,” while in “Dallas or Houston it’s a fraction of that.”

Mount Vernon, with lakefront properties that are attractive to retirees, has its share of elderly patients. Henderson also noted that many rural hospitals also have to deal with large numbers of agricultural accidents. Farming, another Mount Vernon staple, is one of the country’s most dangerous occupations. Finally, he added, country roads bring large numbers of traffic accidents. When there’s no hospital, emergencies mean longer trips to get help.

Henderson and other experts cite three reasons for the rash of closures nationally. Sequestration, the across-the-board federal budget cut that arose out of the legislative impasse between the Obama administration and congressional Republicans, has resulted in a 2 percent reduction in Medicare reimbursements since 2013.

“If Medicare is 50 percent of your revenue and you lose two points,” North Carolina’s Holmes said, “it can be a killer.”

Rural hospitals took a second hit from the federal health law’s reductions in “disproportionate share hospital” payments to hospitals with large numbers of indigent and uninsured patients. Federal officials made the cuts assuming that the law would assure that more patients had insurance.

It hasn’t worked well in rural areas, the Rural Health Association’s Elehwany said, because annual deductibles for the new insurance plans, which come out of consumers’ pockets, “are running between $2,500 and $5,000,” and people can’t pay them.

And in communities such as Mount Vernon, this problem is exacerbated because Texas, along with 22 other states, has refused to expand Medicaid, a key provision of the Affordable Care Act.

“That’s a big deal,” ETMC’s Henderson said. “That’s when we had the hurt.”

Latortue, who came to Mount Vernon as an ETMC hospital doctor in 2008, appears undaunted by the challenges of reinventing the hospital, which was treating an average of eight inpatients a week when it closed. Still, he said, “I’m very busy, and patients need to be seen—we’ll be all right.”

He intends to provide both outpatient services, including lab work, at the new clinic, and emergency care, stabilizing patients until they can be transferred to the Titus Regional Medical Center in Mt. Pleasant, 16 miles away, or to a smaller facility in Winfield, eight miles away. He also plans a wellness clinic to treat obesity and will offer Botox and laser cosmetic services. A cardiologist and a gastroenterologist will make weekly visits, and he is also looking for an ob-gyn.

Latortue got a favorable lease from the town of Mount Vernon and inherited an X-ray machine and other equipment from ETMC, but he still took out $150,000 in loans for remodeling and needs another $60,000 to $70,000 for equipment.

Still, none of this will replace the hospital, and his patients know it. “I live right behind the building,” said Mary Hunter, a very fit grandmother of 73. “I’ve had very good health until my blood pressure spiked last week,” she said. “We retired in 2006 and moved here, partly because of the hospital. And now it’s gone.”

Rural Hospitals, One Of The Cornerstones Of Small Town Life, Face Increasing Pressure